What on Earth are the Wachowskis up to now?

Siblings reinvent the sci-fi blockbuster, with a perfectly Matrix-ian twist 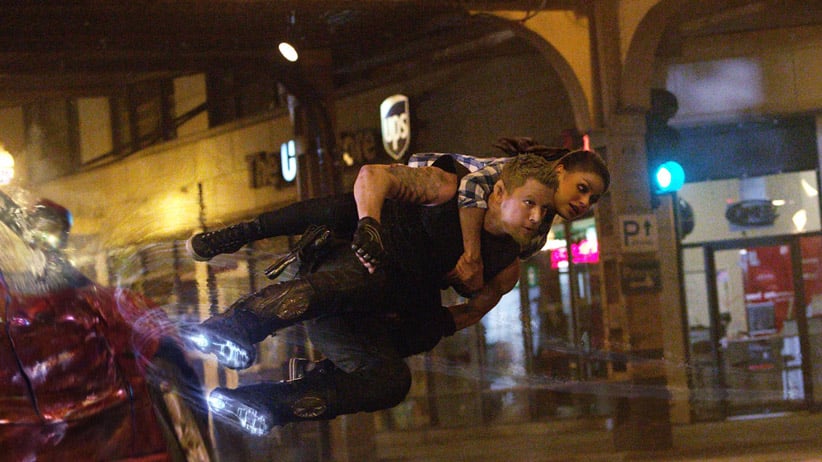 Leaving a Brooklyn mall in the spring of 1999, filmmaker Darren Aronofsky (The Wrestler, Black Swan) was gripped by a sense of possibility. “I walked out of The Matrix,” he recalled in a 2006 Wired profile, “and I was thinking, ‘What kind of science fiction movie can people make now?’ ”

The influence of The Matrix—directed by sibling duo Andy and Lana Wachowski—would trickle down across the next decade of Hollywood filmmaking, from the clingy leather costumes in X-Men to the slo-mo “bullet time” cinematography of Equilibrium and Wanted, to the high-wire stunts of Charlie’s Angels. But more substantial attempts to answer Aronofsky’s “What’s next?” head-scratcher lay elsewhere: in films such as Richard Kelly’s Southland Tales, Aronofsky’s own Noah (a Biblical epic that played like a sci-fi apocalypse story), and the Wachowskis’ own Speed Racer, Cloud Atlas and, now, Jupiter Ascending. “These movies are just super-unwieldy,” says Peter Kuplowsky, senior programmer of the Toronto After Dark film festival. “They sometimes have too many ideas. But there’s something so sincere about them.”

Over the past 15 years, the Wachowskis have shaped a “new ambitiousness” in blockbuster cinema: big-budget movies with big aspirations to match. Whatever shortages these films may possess, they can rarely be faulted for failure of imagination. “We seem not to be very good at making small things,” co-director Lana told AP. “We keep saying, ‘Let’s go make a small movie.’ But then we always end up being enormously complex.” Jupiter Ascending is nothing if not enormous. And “complex” is an understatement. Mila Kunis plays Jupiter Jones, a housecleaner swept into an intergalactic Cinderella story, when it’s revealed she’s the reincarnation of an alien queen. She’s carried into the cosmos by a disgraced half-human, half-wolf ex-military officer (Channing Tatum)—decked out with anti-gravity rocket skates—who wants to deliver Jupiter to one of three heirs in a sprawling galactic empire that harvests genetic material from planets in order to sustain the everlasting youth and beauty of its upper-crusters. It is, with due respect, exactly as silly as it sounds.

The film sees the Wachowskis indulging all of their artistic idiosyncrasies, be they pseudo-philosophical or just plain dorky (the movie’s cosplay-chic wardrobe). It also offers the latest variation on a theme they’ve been preoccupied with throughout their career, most obsessively in their unfairly maligned Hollywood expressionist lark Speed Racer: the deleterious effects of capitalism on the human soul. “Speed Racer was a complete takedown of big business,” says Kuplowsky. “Yet they need Warner Brothers to fund it.”

It may be hard to swallow the idea of monstrously budgeted, anti-capitalist studio filmmaking. As the feminist writer Audre Lorde noted, “The master’s tools will never dismantle the master’s house.” But Wachowski believers hold it’s possible to offer sweeping social criticism at such a massive scale. “Because of the iconography of V For Vendetta,” says Kuplowsky, citing the Wachowski-written adaption of the cult comic, “we have Anonymous. We have the hacktivist movement. A generation saw this movie and was blown away. No matter how naive the politics were, it moved people to care about something.”

This intense passion hums through Jupiter Ascending, a film that grounds its ideas and whiz-bang action scenes in very human characters. Where plenty of blockbusters make the humans feel incidental, gawking on the sidelines while transforming robots or ninja turtles get the action, the Wachowskis keep their characters centre stage. One action sequence exploding over the Chicago skyline seems to revolve around Kunis’s character; alien robots zip and explode around her.

Like other films of the New Ambitiousness, Jupiter Ascending juggles too many balls, overstuffing its action with characters and sci-fi mythology. But, against the paint-by-numbers Marvel Studios outings (even last summer’s surprise hit Guardians of the Galaxy felt like a redressed Avengers-in-space), it feels vitally fresh and exciting. An overload of ideas, energy, ambition and dopey sincerity is always better than a paucity of the same.