'Rough Night' is part of a wave of films from female directors changing up the summer movie season. But why do they mostly cede to Hollywood formula? 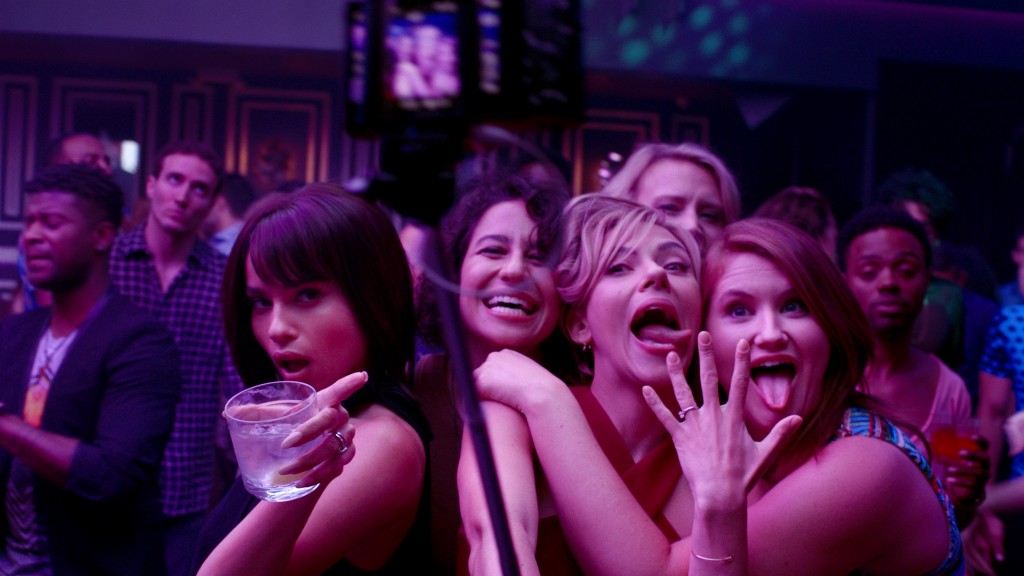 Welcome to the June edition of a column series called Movies That Matter, where we single out one film for special attention from the 40-odd titles released on average every month. It may not be the best movie of that time period, but one that shows us something we haven’t seen before—something remarkable. It could be the film’s innovation in style, its rare subject matter, or its resonance with the zeitgeist. It could be a groundbreaking performance from an unknown talent, or a veteran actor suddenly cast in a new light.

Finding a worthy contender for this month’s Movies That Matter column wasn’t easy. Officially, it’s still spring, but we’re already wading into the summer movie season, which is traditionally dedicated to movies that don’t matter. But Rough Night, which opens this week, is at least a movie should matter. This feature debut by Lucia Aniello (Broad City)—about a bachelorette party gone bad—arrives as a landmark of sorts. Driven by a sharp ensemble—Scarlett Johansson, Kate McKinnon, Zoë Kravitz, Jillian Bell and Ilana Glazer—it’s the first raunchy, R-rated studio comedy directed by a woman in almost two decades. The last one was Tamra Davis’s Half-Baked, a lame farce about three stoner dudes—not exactly a milestone for female empowerment.

Rough Night is riding a spring wave of new releases from female directors. First, we saw Patty Jenkins shatter box-office records with Wonder Woman, the highest-grossing film directed by a woman, and the first comic-book blockbuster entrusted to one. Next week comes Ana Lily Amirpour’s The Bad Batch, a dystopian thriller set in a Texas wasteland, starring Suki Waterhouse as an amputee heroine who flees from cannibals only to land in a creepy cult led by Keanu Reeves. Then June 30 marks the release of The Beguiled, Sofia Coppola’s remake of a Civil War western set in a girls’ boarding school, for which she became only the second woman in the history of the Cannes Film Festival to be awarded best director.

But while every one of these films, including Rough Night, tries to put a fresh spin on a commercial genre, they’re reluctant to tamper with Hollywood formula.

On face value, for instance, Rough Night appears to be a gender-flipped version of Peter Berg’s Very Bad Things, a pitch-black comedy about a bachelor party in a Las Vegas hotel room that’s derailed by the accidental death of a stripper. In Rough Night, it’s a bachelorette party in a Miami beach house. Once again, a night of cocaine and booze leads to a stripper’s head being lethally impaled on a sharp object, but this time the victim is male. But unlike Very Bad Things, which shocked critics with its sexist cruelty, Rough Night plays it safe. It’s more like Not Very Bad Things That Turn Out To Be Good Things. Which is may be why the director hasn’t acknowledged her film’s debt to Berg’s exercise in sadism, choosing instead to compare her movie to The Big Chill. Not that there’s anything wrong with that; despite the derivative script and soft ending, Rough Night offers an amusing ride, powered by solid performances throughout. 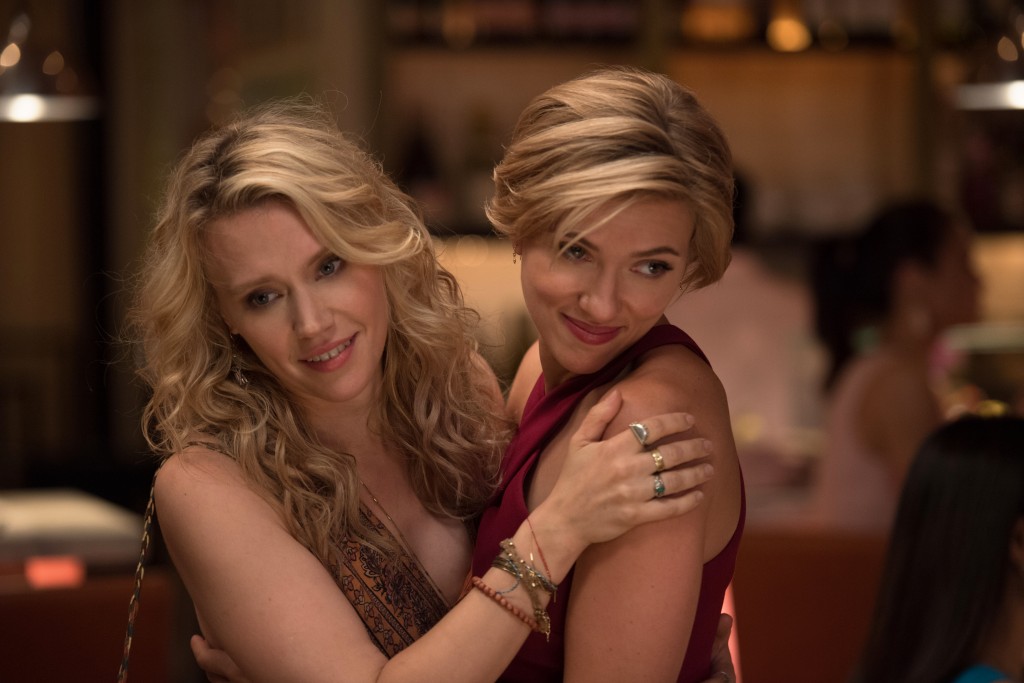 Johansson anchors the ensemble cast, playing against type as Jess, the bride-to-be. A prim workaholic who’s campaigning for a state Senate seat, she’s the practical one who has the most to lose, and struggles to adjust her ethical standards to the Weekend At Bernie’s business of dumping a body. As her Australian friend Pippa, a rambunctious free spirit who’s on a planet all her own, McKinnon steals the movie at every opportunity with SNL-worthy hyperbole. (I’d like say her accent alone is worth price of admission, but I’m not sure that’s literally true.) Taking an instant dislike to Pippa is the needy and possessive Alice (Bell), the archetypical bridesmaid clinging to the delusion that she’s still the bride’s best friend. In a perfect world, she would be played by Melissa McCarthy, and would leave McKinnon in the dust.

But this is not that kind of movie. No one goes wildly out of bounds, especially the two women who round out the group: the cool race-conscious Blair (Kravitz), a glamorous businesswoman with a troubled marriage who once had an affair with Frankie (Ilana Glazer), the consummate cliché of a militant activist. On the sidelines, meanwhile, are the superannuated swingers next door (Demi Moore and Ty Burrell), who prowl around the women like refugees from the Playboy mansion circling a Club Med buffet of fresh shrimp.

Aniello co-wrote the script with her partner, Paul W. Downs—who also plays the bride’s testosterone-challenged fiancé—and it has a giddy, affable energy. As the women graduate from fretting about the danger of red wine staining the white rug in their fancy beach house to using fluffy white bath towels to mop up a pool of blood, the dialogue throws up some good zingers—from “This can still be the best weekend of our lives” to “I can’t go to jail. I couldn’t even make it through the first episode of Orange is the New Black.”

As dark and naughty as Rough Night pretends to be, it’s pretty smooth sailing. There’s no attempt to waylay the audience with the kind of the gross-out gags that made Bridesmaids such a sensation. And there’s no question that Aniello is more intent on crafting a cozy relationship comedy than a taboo-busting farce. Essentially, she’s made a reunion romcom in which girls re-meet girls, girls lose girls, and girls get girls back.

But bear in mind that when Bridesmaids ushered in a new world of ballsy female comedy five years ago, it was directed by a man. Men, who still direct some 96 per cent of Hollywood movies, tend to feel they can get away with anything—and often do. Meanwhile, female directors, who get cast as gender ambassadors whether they like it or not, can be more cautious when it comes to monkeying with Hollywood formula. Aniello virtually said as much at Rough Night‘s New York premiere: “It makes me feel like I have to make sure that this movie is really good so I don’t mess it up for the next woman to come along.” 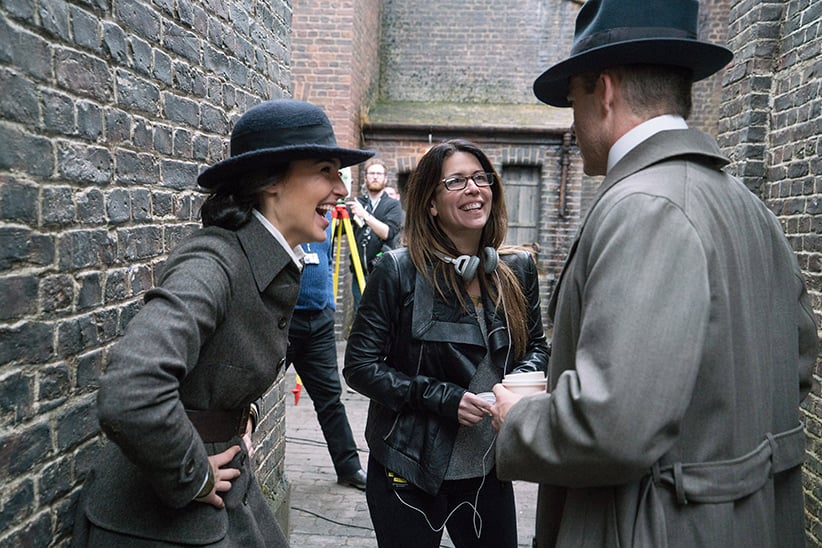 For all its success, Wonder Woman is freighted by that same overarching sense of mission—palpable in both the filmmaking and in the character arc of its righteous heroine. Unlike the male comic-book heroes, those urban aliens endowed with dark flaws and secret identities, Wonder Woman doesn’t have the luxury of angst. She’s an unalloyed goddess, whose superpowers all come down to empowerment. Portrayed by Israeli actress Gal Gadot, who’s also a martial artist and model, she’s the Swiss Army knife of female protagonists: a woman who has to be all things to all people.

As the film unspools Wonder Woman’s origin story, first she pops out of classical mythology as Diana, princess of the Amazons, a fearless naïf who leads an army of archers against a German invasion. She then tumbles into a meet-cute romance with an American spy on the trail of anachronistic Nazis in the First World War. Whisked off to London by her boy wonder, she’s recast as a flirty It Girl with glasses shocking the English in a fish-out-of-water comedy. Finally, in the requisite Armageddon conflagration, she comes of age as a super-goddess battling a super-god for the fate of humanity: Joan of Arc in an asbestos miniskirt. By then the movie has utterly lost its sense of humour, like a rocket shedding its booster. And in a white light of evangelical conviction, Wonder Woman gets all inspirational, as our heroine fires off one platitude after another: “It’s not about ‘deserve.’ It’s about what you believe, and I believe in love … Only love can save the world!” Uh-huh.

Sofia Coppola has a far more modest mission in The Beguiled, her lovingly crafted but oddly whimsical remake of Don Siegel’s 1971 classic about an injured Union soldier who takes refuge in a girls’ boarding school behind Confederate lines. In fact, she may have no mission at all. Coppola is Hollywood royalty: she’s made six features, and 12 years after winning an Oscar for Lost In Translation, she doesn’t have to prove anything to anyone. Casting Colin Farrell as a gentler, more sensitive version of the soldier originally played by Clint Eastwood, she follows the original film beat for beat. And you have to wonder: why bother? But with a cast that includes Nicole Kidman, Kirsten Dunst and Elle Fanning, she brings a female gaze to the material. She shaves off the rough edges, takes its most violent scene off-camera, and adds a blush of chick-flick sentiment—alluded to in the pink cursive script of the title.

Before the closing credits of Rough Night, “The End” is scrawled across the screen in a similar pink script, a coy homage to girlhood romance. The “chick flick,” despite the term’s derogatory ring, remains a persistent genre, and a retro avenue to an audience for filmmakers who see no harm, and some benefit, in fashioning a movie to please half the population—and whoever else wants to come along for the ride. But it’s a default formula.

As female directors vie for respect in Hollywood, they’re unlikely to find it with the major studios. But they are making inroads, especially on the frontiers of indie film. New movies from Kathryn Bigelow and Lynne Ramsay, two take-no-prisoners auteurs not known for playing it safe, are coming soon, too. But as long as Hollywood’s glass ceiling continues to confine female directors to a small niche of mainstream cinema, whenever a woman gets to make a movie with a serious budget, she’s bound to feel there’s more riding on its success than the fate of her own career.