Whipping it up at the Butter soirée

'Hollywood people are so strange' 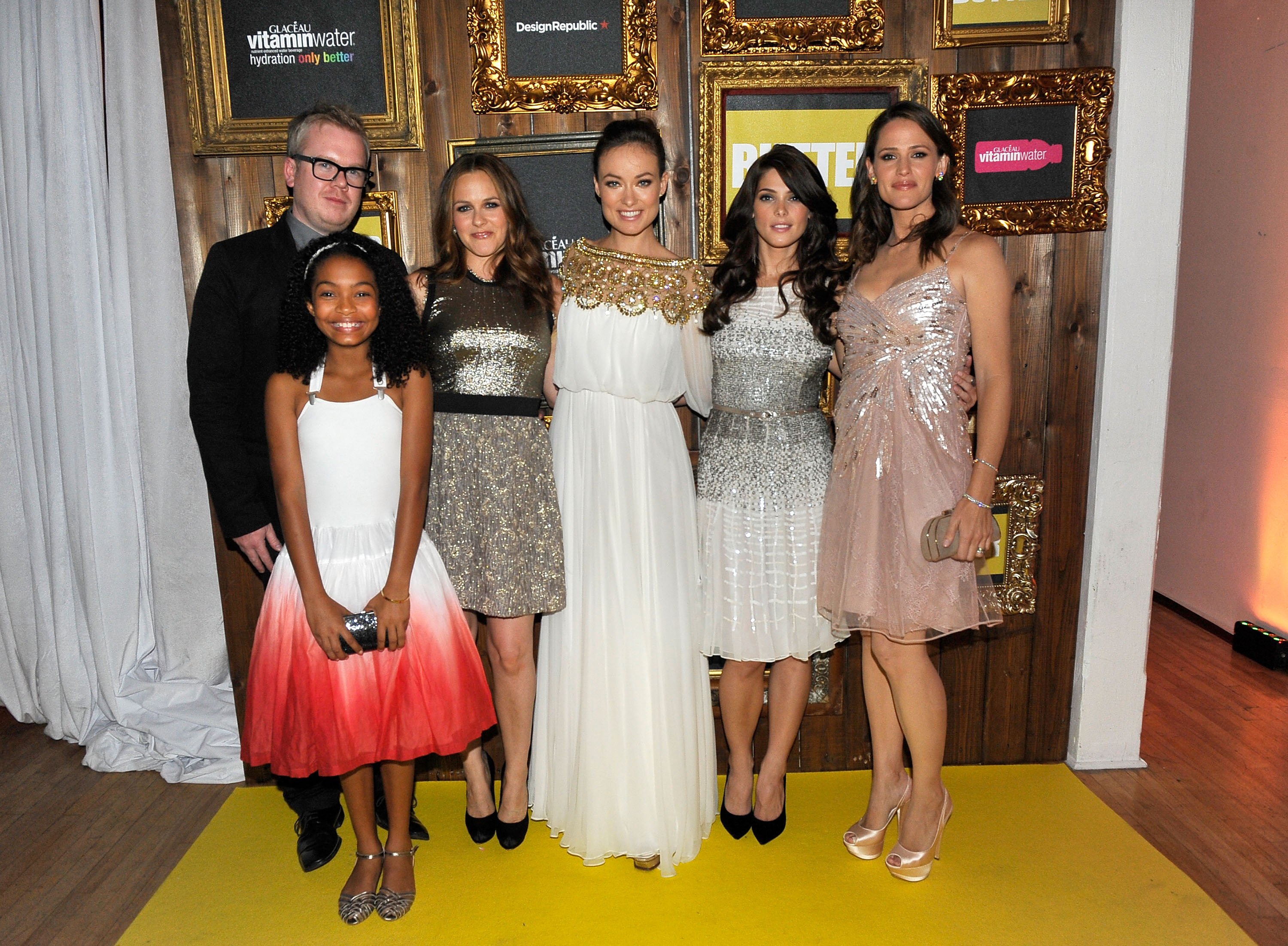 What sort of food do you serve at a cocktail party before the gala TIFF premiere of a movie called Butter? Why, buttered shrimp and butter chicken, of course (and a little foie gras on itty-bitty pancakes too!). And to wash it all down? Cocktails featuring Vitamin Water, since the soirée was hosted at the VitaminWater rooftop on Queen Street West.

Party-goers, who otherwise indulged in plenty of drinks, held back from sampling the tasty treats. Save for me, of course—and gossip maven extraordinaire Lainey Lui, who tweeted from the party that she may have eaten enough for five. “Hollywood people are so strange,” Lui tweeted about the non-noshing crowd. She looked every bit as gorgeous in person as Jennifer Garner, who stars in the movie about a quirky Midwestern community that goes bonkers over a butter sculpting competition.

A radiant—and pregnant—Mrs. Affleck wore a short, blush-coloured sparkly number that showed off her baby bump. Co-stars Ashley Greene and Alicia Silverstone were in attendence, too, and were also outfitted in glittery above-the-knee frocks. But taking the fashion cake was Olivia Wilde, who looked like a bone fide movie star and a Grecian goddess draped in a white floor-length gown with a Byzantine-looking bejewelled neckline.

The one-of-a-kind party featured an artist dressed like a sexy milk maid carving a giant block of butter into the shape of a Vitamin Water bottle and a photo booth, which nobody was more excited about than I. “Can I go again?,” I asked a security guard. “You can go as many times as you like,” he said. And the organizers even provided a table strewn with big glass bowls of colourful candy and little brown bags so guests, like me, could fill up a loot bag for home time. Garner apparently filled up her purse with goodies, presumably to snack on during the premiere.

I left right before the Butter stars did and saw those ubiquitous black TIFF SUVs on the street waiting for the ladies to take them to their red carpet. As I got on my slightly less glamourous two-wheeled ride, a flash went off from the crowd of eager fans waiting for Garner and the gang to come out. I looked up from underneath my bike helmet, grinned and posed. “Oh, sorry,” said a trigger-happy young lady, “that wasn’t for you.”