Why Paul Verhoeven's 'rape comedy' is more complicated than that 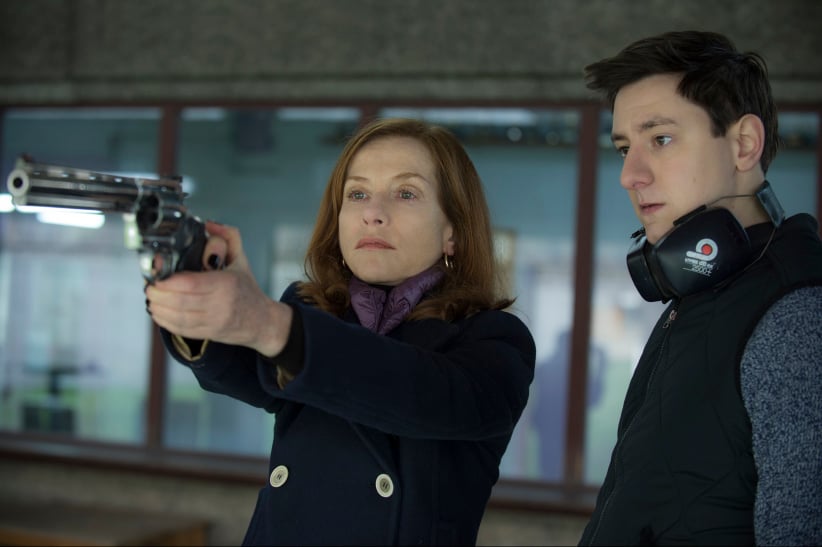 A still from the film Elle. (Mongrel Media)

Verhoeven has a complex relationship with Jesus. And with religion. His films are spiked with religious imagery, foregrounded in early Dutch features such as The Fourth Man, hinted at late in RoboCop when the titular policeman, resurrected by advanced cybernetics, walks across water, Christ-like. The director has even penned a scholarly book called Jesus of Nazareth, which suggests, among other things, that the Nazarene’s diet of berries and nuts would have made him rather gassy. So it’s little surprise that Verhoeven’s latest film, the French thriller Elle, offers its own religious allegory. It has also served up plenty of controversy.

Following its premiere at the Cannes Film Festival last May, Elle was dogged by a curious tag: “rape comedy.” The film follows a Type-A executive Michèle Leblanc (played by the French actress Isabelle Huppert) in the wake of a sexual assault. Snowed under at work, dogged by an ungrateful son and a tedious circle of bourgeois friends, and already suffering the shame of a much-publicized trauma, Michèle doesn’t let the rape slow her down. “This character, from the beginning, refuses to be a victim,” Verhoeven explains. “Although she has been raped, she refuses to let that influence her life.”

Elle approaches its thorny subject matter with a level irony and irreverence that’s typical of Verhoeven’s work. Many critics aren’t amused. When it screened at TIFF, Susan G. Cole of Toronto’s Now magazine lambasted Elle as “egregious” and “profoundly misogynist.” While it’s certainly unusual—Michèle discovers her abuser’s identity, reaches out to him and attempts to strike up a more consensual sexual relationship—this doesn’t mean Elle is unserious.

“Irony is just a way of creating distance,” explains star Huppert. “I don’t see in the film any contempt for what happens. I think Paul takes everything very, very seriously. I think that’s the misunderstanding with his films. He takes things seriously, but he has his own way of seeing them.”

Verhoeven’s no stranger to being misunderstood. His films have long stirred debate for frank depictions of sex and violence, but despite their apparent egregiousness, they’re all tempered by skepticism. Starship Troopers isn’t actually a jingoist pro-military fable, but a satire of the stony-jawed seriousness of jingoism and militarism. Total Recall is at once a brain-dead, burly action movie, and a critique of the public’s desire for such movies. Even Showgirls, despite its rather obvious failings, isn’t “bad,” per se, but rather a sophisticated parody of its own form.

With Elle, it’s not just a matter of a film saying one thing but meaning the other. There’s a moral sophistication in its treatment of sexual abuse and trauma. In the recent high-profile case against Jian Ghomeshi, which highlighted the idea of “post-incident contact,” there was a cultural (and legal) expectation that contacting the alleged abuser after the fact somehow constituted a form of reverse-consent.

Elle rejects such norms. It is a film about the complicated pathologies of trauma and the realities of post-incident contact. It’s this complexity, Verhoeven says, that prevented the movie from getting made in America. “It’s not a revenge movie,” he says. “In America, the third act would be revenge.”

Instead of straight-up, Old Testament revenge, Verhoeven returns again to Christ-like allegory, casting Huppert’s Michèle as a long-suffering saint, tormented by her trauma, her job, her family, and her sniggering circle of friends. She’s a character burdened by her suffering. As Elle shows, with equal measures of wit and austerity, there’s more than one way to bear a cross.