Why you should watch the Golden Globes 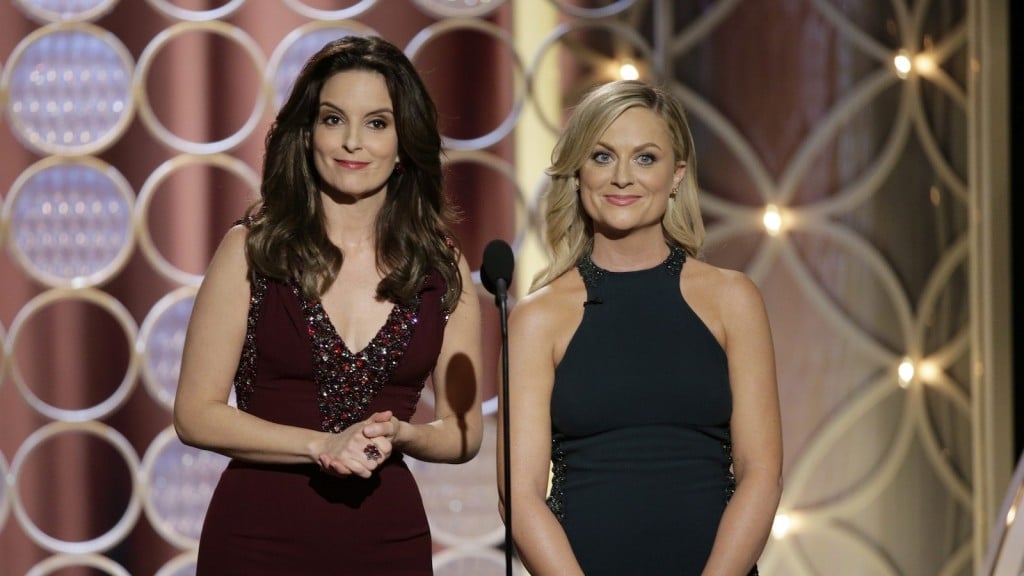 It started, as so many of these things strangely do, as a luncheon. It was the vision of a gaggle of critics, transplants from other lands living in Hollywood, who in 1947 dreamed of having the world be heard in deciding what films were most important.

In that way, the Hollywood Foreign Press Association (HFPA) should be pleased at how far the Golden Globes have come. The show has become arguably the biggest night in the lead-up to the Academy Awards; it’s widely seen as a fairly reasonable bellwether for who will come up big at the Oscars a little more than a month later.

But then there it is: second to the Oscars. The “real” prize. Every year, the Golden Globes are still seen as the Oscar’s goofy little brother, the one with the mussed-up hair and the gap-toothed grin who brings a slingshot to a dinner party. That attitude is so ingrained, it’s imbued in the Globes’ own branding: it accepts its role as but a stop on “the road to the Oscars,” the dirty yellow bricks that lead up to the Emerald City.

But there is one thing that the Golden Globes has over its more glamorous cousin, and it’s what makes the show arguably far more watchable: its ease in the face of award-season seriousness.

Part of that silliness is the product of its recent hosts, Tina Fey and Amy Poehler, who have brought both gleeful energy and lacerating wit to the affair (and who, sadly, have hinted strongly that this will be their last year). For all the conversation about what we’d like to see in our award show hosts, Fey and Poehler have largely been providing it—a rollicking night of jokes that, as a bonus, discomfit the comfortable. Case in point: Fey’s excitable response in the affirmative when asked whether she would use her platform to continue her longstanding crusade against disgraced comedian Bill Cosby, who has now been accused of sexual assault by 30 different women.

But the silliness has always been something of a part of it. There’s no meaningful reason the celebrities sit shoulder-to-shoulder at tables like the hoi polloi, but the long tradition of it being a luncheon continues to permeate, against all odds. To this day, the HFPA still names a Miss or Mr. Golden Globe, where a child of a celeb is paraded around in what is, on first blush, a pretty cute thing, and then on second thought, a totally baffling thing to do. And when actors stood in solidarity with striking writers in 2008, cancelling the Globes (it feels kind of askew and essentially Globe-y that these 72nd Golden Globes are happening in its 73rd year), the awards were delivered without any of the pomp and circumstance. (Legend has it that Jeremy Piven was awarded his in his driveway.) Que sera.

And then, of course, there’s the open bar, which has produced some truly memorable moments over the years.

When the Oscars get silly, on the other hand, it’s awkward and staining—look no further than 2009’s Franco-Hathaway bomb that was so terrible it continues to cast shadows on their careers. When it gets bad with the Golden Globes—like when host Ricky Gervais joked that the HFPA had taken bribes because the widely panned The Tourist had earned three nominations—they give the host another year.

The Globes’ spirit flies in the face of the typical tradition of award shows, so often a careful telling of a story wrapped in a self-congratulatory valedictory: what has the year been, in cinema, in music, in TV? What are the moments or people that define that year, that speak to this moment in arts and culture? It’s a valourous tradition, to be sure, and the Oscars do it particularly well, largely by dint of its medium. But let’s be fair: When we’re talking about award shows the next day, or watching them at home, we’re not doing it to tell each other how we should feel about race (2014) or about film as an art form (2011). We’re watching for the surprises, the humanity, the speeches, the liveliness of the night.

Take, for instance, this year’s Cecil B. DeMille award. It’s an important award, if not sort of inexplicable—a lifetime achievement award that has been given to an arbitrary-seeming grab bag of famous people—named after an important man, the director who helped put Hollywood on the map with films like The Ten Commandments and The Greatest Show on Earth. Certainly, a wonderful honour for this year’s winner, George Clooney (whose victory, at 53, can be logged also under “inexplicable”). But the fact that there even exists a legitimate narrative in the awards lead-up about whether or not Clooney will use the face-to-face platform to prank Fey and Poehler, the escalation of a joking feud that has spread from Howard Stern to the Jimmy Fallon show, is the kind of childish pedantry that could only happen at the Golden Globes. And frankly, it’s a refreshing palate-cleanser from an awards season that can take itself overly seriously.

That human sloppiness (see: open bar), the genuine surprise of moments certainly unplanned, the everyman quality despite the obvious glitz—isn’t that, after all, the very premise of all those celebrity gossip magazines? Letting us, for a moment, believe that celebrities are just like us?

The Golden Globes represent the kind of human surprise that’s missing from the other groomed, carefully manicured award shows. By the time the Oscars show up, the nominees have been catalyzed by that long road that the Globes sit on; it’s why there exists the stereotype of Oscar bait, but there is no such thing as Golden Globe bait. That’s a good thing: it allows the HFPA to be more free-wheeling, more daring in their picks, and as a result, sometimes more meaningful. Birdman, for instance, was a wonderful, darkly comic film wrapped in a formal experiment, a meta film that lampooned the industry itself (and film critics, while it was at it). It is, certainly, one of the best films of the year. But it also lacks the sticky sentiment that tends to attract the Academy; it’s an Oscar long-shot. Fine, you can almost hear the HFPA say: then we’ll anoint it. The fact that it is this year’s most-nominated film at the Golden Globes speaks volumes.

Prom is, after all, far more fun than graduation, with its strait-laced valedictions and its rote routines. The Golden Globes are all the pomp, without so much of the circumstance—and it’s more fun, and more eminently watchable, for it.