He sings, he jokes, he makes things disappear. Will the Oscars launch him as a variety-show superstar? 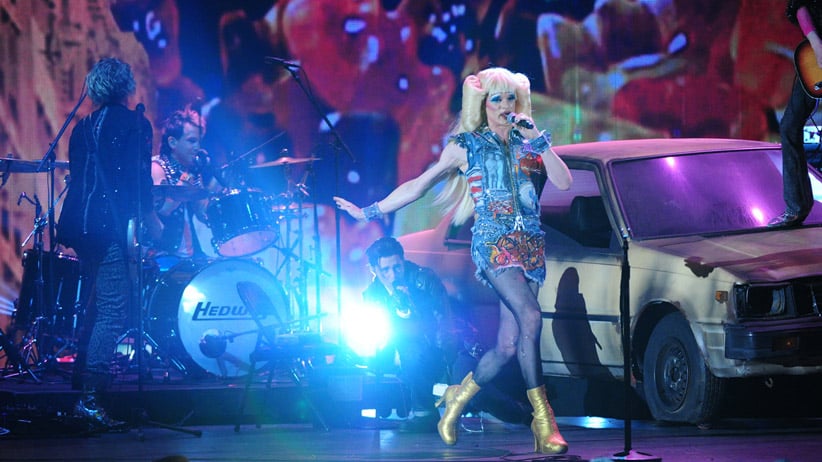 What exactly does Neil Patrick Harris do? Well, he’s hosting the Academy Awards on Feb. 22, following two stints hosting the Emmys and four at the Tonys. But he’s not really a comedian, like last year’s Oscar host, Ellen DeGeneres, and he’s not really a singer, though he does a lot of singing. And although he just wrapped a nine-year acting job on the show How I Met Your Mother, he’s a bigger star as himself than as an actor. Harris has become a superstar host because he does a little bit of everything, and somehow finds time to tweet about the whole thing. He specializes in being versatile.

Harris was once mostly a sitcom actor, first during his childhood stardom as a young genius on Doogie Howser, M.D., and then as a yuppie womanizer on How I Met Your Mother. But now we think of him more for his singing, dancing, magic tricks, and playing a fictionalized version of himself: his first big success as an adult actor was as a self-parodying cameo in the movie Harold and Kumar Go to White Castle, and his new memoir, Choose Your Own Autobiography, combines truthful anecdotes with ironic comedy.

That persona is serving him well as a host, making him the perfect antidote to the slightly stale tradition of letting stand-up comedians dominate the job. Comics often seem to be making fun of the stupidity and campiness of the shows they host; the most successful comedy team of hosts, Tina Fey and Amy Poehler at the Golden Globes, are popular because they seem too cool for the show. Harris is a more old-fashioned entertainer who will do anything for applause; Scott Feinberg, a journalist who wrote about professional hosts for the Hollywood Reporter, calls him one of the few people “who can be cool while singing, dancing, and doing other things that are less widely done by cool people today.”

He also likes to upgrade the quality of the material from the kind of thing we normally expect on an awards show. Most of his hosting gigs include an original song written by top Broadway songwriters—the Oscar number will be written by the team behind Frozen—making them the rare awards show numbers that audiences actually enjoy sitting through. At the end of his first Tony Awards show, he sang a song about what had happened that evening, calling attention to the difficulty of putting it together and learning it so quickly.

This kind of work, borrowing a little bit from stage, TV, comedy and music, is unusual enough today that we may not even have a term for the kind of performer Harris has developed into. Anne Helen Petersen, author of Scandals of Classic Hollywood, reaches back to the very old days to describe him. “Neil Patrick Harris is a prime example of what, in classic Hollywood times, they’d call a ‘trouper.’ Someone who basically grew up on the stage and learned how to do everything.” She adds that “Judy Garland was a classic trouper,” referring to another child star who was experienced in all forms of entertainment by the time she grew up.

The trouper was the most common presence in your home during the early days of television, which depended heavily on the variety-show format and required a host who could do a little bit of everything. Billy Ingram, creator of the television history site TV Party, says that the early stars of variety were people “like Jackie Gleason and Red Skelton, who all came out of vaudeville.” Even after vaudeville was dead, TV variety drew many of its stars from nightclub performers like Carol Burnett, whose act was based on the fact that she could do almost everything well.

As time went on, though, specialization became more important. Even actors who can sing and dance, like Hugh Jackman, tend to make it clear that their primary job is as actors, and everything else is a sideline. When other actors try to prove how multi-talented they are, they often wind up revealing their limitations. Feinberg thinks one of the many problems with Anne Hathaway and James Franco’s 2011 Oscar hosting stint was that they didn’t have the versatility they thought they did: “Hathaway can sing but she’s not that great with comedy. Franco can do comedy but he’s not as good with other forms of entertainment. You’ve really got to be at home in each of those disciplines.”

Harris may have escaped the curse of specialization because he’s a former child star, and the world of child stardom may be the last remaining analogue to the old vaudeville and nightclub circuits. Petersen points to someone like Justin Timberlake, who had to learn every facet of entertainment to be on The Mickey Mouse Club: “I think Timberlake is probably the closest analogue to Harris today, in part because he grew up in show business and became very versatile very young,” Petersen says. Harris wrote in Choose Your Own Autobiography that Doogie Howser required him to learn comedy, drama, medical jargon, and even “a few sentences of fluent Japanese.”

With that ability to learn how to do anything in a short amount of time, it may be no wonder that Harris has been identified as the first choice to fulfill TV executives’ dream: reviving the variety-show format. Harris recently appeared in an advertisement for a show he’ll host this fall, an adaptation of the British variety hour Saturday Night Takeaway. True to form, the ad combined showbiz glamour with self-deprecating comedy: he tries to do a big musical number, but the commercial ends before he can even get it started. 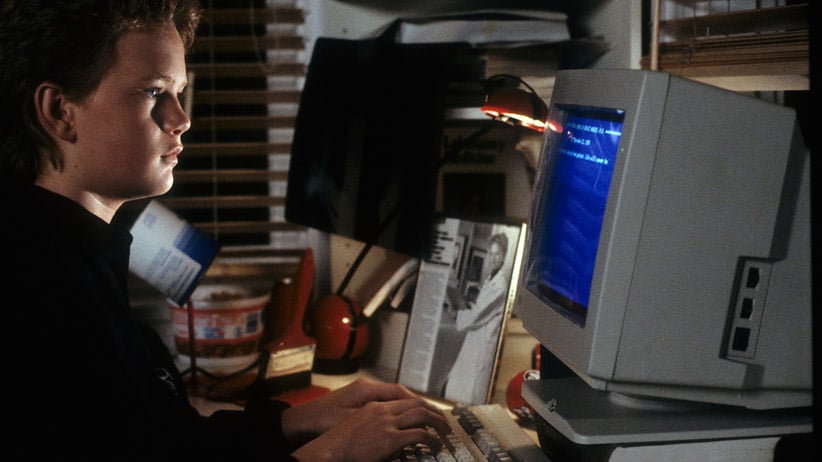 Harris still takes his share of acting roles, but these are usually supporting parts, like Rosamund Pike’s ex-boyfriend in Gone Girl, or parts that don’t require much acting, like the nominal human lead in the Smurfs movies. Even on stage, the parts he appears in are often ones where he stands apart from the story and comments rather than fully participating, like the Balladeer in the Broadway premiere of Stephen Sondheim’s Assassins. When he appeared last year in the lead role of the musical Hedwig and the Angry Inch, playing a transgender rock star, a woman in the audience yelled out “I love you, Neil!” He ad libbed an in-character reply—“Who’s Neil? I’m not Neil!”—but mostly he seems comfortable with being seen mostly as himself. He says in his autobiography (co-written with comedy writer David Javerbaum) that while he’s not sure he wants to host a talk show full-time, “the idea of doing a show like that, where you’re essentially paid to be yourself for a few hours a day, does have its appeal.”

That doesn’t mean he’s actually going to be able to do it. While variety has remained popular in other countries, which is why England still has a variety-show format for Harris to remake, it’s been dead in North America since the 1980s. “I think it’s going to be very tough to bring it back,” Feinberg says. “I’m not sure there’s enough of an audience out there to do it with the kind of ratings they’ll need to keep it afloat.” 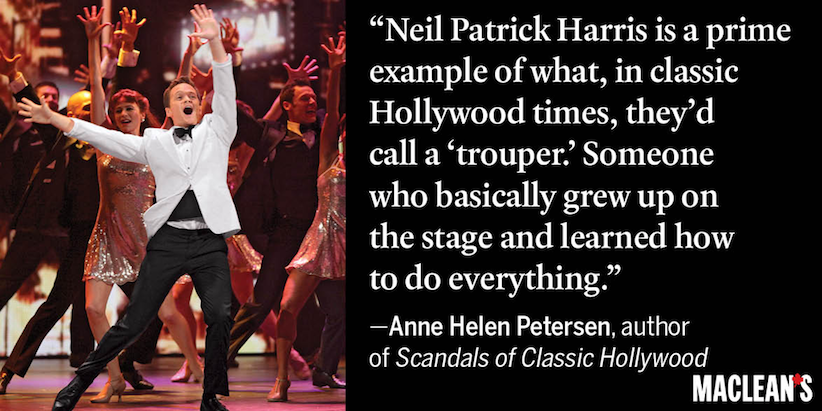 Harris has one thing going for him: people like him so much that they just want to believe he can do it. “If anyone can succeed, Neil Patrick Harris is the guy,” Ingram says. He thinks Harris has “the range of talent and charisma that’s needed to win over a big, cross-generational viewership.” Harris himself seems to understand that with his combination of media worlds—the old-fashioned Broadway entertainer, the modern liberated gay man with children, and the lovable child star­—he potentially has the broad appeal Carol Burnett used to have. In his book, addressing himself in the second person, he says that his Tony number We’re Not Just For Gays Anymore would work because “coming from you, its message of heterosexual inclusion will feel friendly and welcoming.”

That may be the biggest secret of Harris’s successs. It’s rare enough to be multitalented enough to do everything, but being a variety host also requires that people like you while you’re doing everything. The 2013 Oscar host, Seth MacFarlane, has many different skills, including one—writing his own material—that Harris doesn’t possess. But his lack of charm got him mixed reviews for his hosting and musical work, and he’s now mostly back behind the camera.

If Harris’s Oscar stint goes as well as producers Craig Zadan and Neil Meron are hoping it will, he will turn out to be wise to focus on this kind of job instead of doing another sitcom. As a sitcom star, he’d be back where he was in the Doogie Howser days, just one of many talented people. But when it’s time to sing, dance, joke and make people disappear, there’s just not a whole lot of competition.