Best of Netflix Canada in June: The three things you should watch this month

What should you watch from the long list of TV shows and movies arriving or departing from Netflix Canada in June 2018? Our critics make their picks 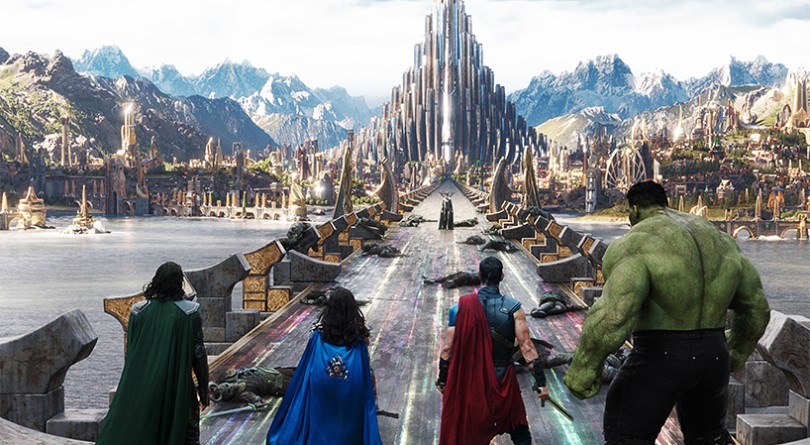 So, have you seen the latest superhero movie in which the main character quests to defeat a threat/acquire a MacGuffin/recover a lost artifact/regain the keys to a kingdom, but suffers a minor but recoverable crisis on the way to his or her inevitable victory? That evergreen sentence is brought to you by the nonstop content calendar at Marvel Studios, who have distilled their work to convert superhero stories into cinematic gold to a flashy, if predictable, science. But that’s what makes Thor: Ragnarok so good: it’s your now-classic comic-book blockbuster, recast as slapstick farce.

Redolent in the distinctive authorial voice of Taika Waititi, the New Zealand director who put out the gut-busting vampire mockumentary What We Do In The Shadows, it skewers Thor’s propensity for hero’s journeys in its opening minutes and doesn’t let up, and while the laughs are plentiful, it even ends with one of the most interesting, morally grey “victory” scenes of any Marvel film to date. But savour this rollicking blast of fun, fresh air while you can: that this kind of distinctive voice was allowed full rein over a money machine like the Thor franchise goes against the instinct of Marvel Studios’ Disney overlords. Look no further for proof than Solo, which was wrested away from The Lego Movie’s Phil Lord and Chris Miller, who had dared to promise that they’d eschew simplistic fan service. Thor: Ragnarok is out on June 5.

If the Netflix Originals reboot of the Saturday cartoon classic feels a lot like Avatar: The Last Airbender or The Legend of Korra—two shows ostensibly made for children but feature the complex ideas, complicated moral questions, stunningly animated sequences and heart-tugging stories that would make adults want to binge it on their own—that’s no coincidence. The series’s showrunners, Lauren Montgomery and Joaquim Dos Santos, are Avatar/Korra alumni, and the shows even share the same animation studio.

But like the titular universal guardian that forms from the merger of five smaller lion robots, it’s more than the sum of its parts: complete with the comedic beats and kawaii overreaction straight from the anime playbook, and genuinely moving storylines for the show’s well-developed (and well-voiced) characters, it’s an honest-to-goodness space opera in a candy-coated medium. In Voltron, Netflix has the rare reboot that exceeds its campy predecessor. Season six debuts on Jun. 15.

OUT: The Grand Budapest Hotel

Wes Anderson has long mastered his shtick: twee characters living in pastel worlds, making the most out of minor gestures, unusual phrasings, and billboarded quirks. But The Grand Budapest Hotel feels in every way like Anderson’s opus, honing the best elements of his previous films—the world-building and young, gangling love from Moonrise Kingdom, the energetic mischief-making from The Fantastic Mr. Fox and the quiet, sullen intimacy from The Life Aquatic—to produce his best film to date. In unfurling the onion layers of the capers that shaped the history of the titular hotel, Anderson has woven a story that’s darker than most; a scene in which a character is murdered may well be the most jarring in his oeuvre since Richie’s suicide attempt in The Royal Tenenbaums. You have until June 1 to watch it.