Netflix Canada in May 2021: What's new this month 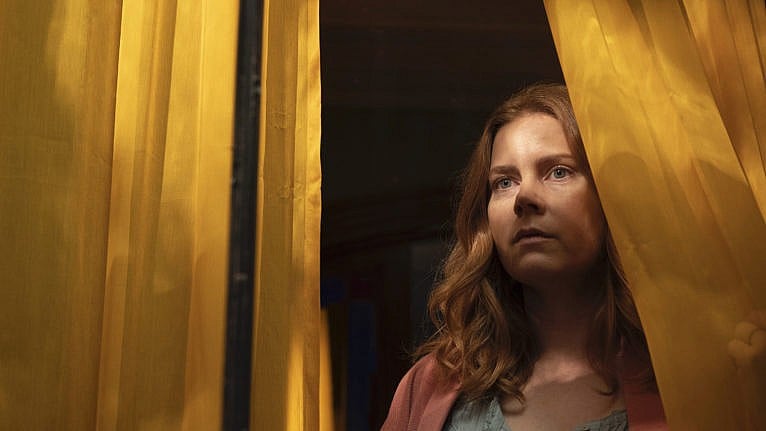 What you should watch

Jupiter’s Legacy (May 7): No streaming service is allowed to go too long without a superhero show. This one is based on an independent comic by writer Mark Millar and artist Frank Quitely, which, like many independent comics, is a deconstruction of corporate-owned heroes: it’s about the generation-gap clash between a group of older superheroes who were active in the 1930s (and, naturally, resemble the Justice League as much as possible without getting sued) and their children, who also have superpowers but believe that the old ways of being a superhero are no longer relevant in this new, more complex world. The cast includes Josh Duhamel as the leader of the old-guard superheroes, Leslie Bibb as his wife and partner in crimefighting, and Elena Kamouris as their daughter, who proves that young people with superpowers can be just as embarrassed by their parents as anyone else.

Halston (May 14): One of Netflix’s busiest producers, Ryan Murphy, executive-produced this limited series (based on a biography by Steven Gaines) about Roy Halston Frowick, who became one of the most influential fashion designers of the 1970s, and an icon of the Studio 54 era: “I was very aware, as a 15-year-old, of who Halston was,” Murphy (who, like Halston, is from Indiana) told Vogue magazine. “I mean, the Ultrasuede, the wrap dress he did, the luggage for Hartmann.” Ewan McGregor plays the title role, and Murphy has said that McGregor was attracted to the fact that Halston’s story will demonstrate “how confusing it is to have to be an artist and a businessman at the same time.”

The Woman in the Window (May 14): A.J. Finn’s novel, a female-led take on Rear Window about a reclusive woman who claims to have witnessed a murder through her apartment window, has had a long and confusing route to the screen. It was begun in 2019 by the Fox 2000 division of 20th Century Fox, which no longer exists because Disney bought the company and shut it down. After poor test screenings, major rewrites and reshoots were demanded by producer Scott Rudin (now under fire for what employees have described as his abusive management style). It was then scheduled to arrive in theatres in spring 2020, but all the movie theatres were closed. So it finally arrives on Netflix now, the last film from Fox 2000 and possibly one of the last Scott Rudin productions. Amy Adams plays the lead, with Marvel’s Anthony Mackie and Wyatt Russell in supporting roles.

Army of the Dead (May 21). This seems to be Zack Snyder’s year. First he got the chance to give the world the legendary “Snyder Cut” of Justice League, and now Netflix is giving a hybrid theatrical/streaming release to his take on the ever-popular zombie movie genre—and it’s very much his take, because apart from directing, he co-produced, co-wrote (based on his own story) and did his own cinematography. Actually, the story feels more like Snyder didn’t know whether he wanted to make a zombie movie or a heist movie, so he made both at the same time: Dave Bautista plays the ringleader of a gang that decides to pull off the greatest heist in the history of Las Vegas, which happens to be under attack by zombies. In keeping with the Zack-centric nature of the film, the cast doesn’t have a lot of big star names, though one piece of casting did make news: one of the cast members, Chris D’Elia, was dropped from the film after multiple allegations of sexual misconduct, and his entire part was re-shot with Tig Notaro. Which means that Snyder spent an awful lot of the past year shooting new scenes for movies he already made.

Mad for Each Other — NETFLIX ORIGINAL
Korean romantic drama about a man and a woman who are thrown together when they discover that not only do they live next door to each other, they share the same therapist.

Racket Boys—NETFLIX ORIGINAL 🇰🇷
16-episode drama series about a former professional badminton player (Oh Na-ra) who takes a job as a middle-school badminton coach and tries to turn a ragtag group of kids into a world-class team.

Ragnarok: Season 2—NETFLIX ORIGINAL 🇳🇴
Not to be confused with the Marvel movie, this Norwegian series attempts to be a more accurate modern take on Norse mythology, following the adventures of a modern man (David Stakston) who is actually the reincarnation of Thor, god of thunder and fighter of frost giants.

Trash Truck: Season 2 — NETFLIX FAMILY
Netflix has a number of animated children’s shows about talking vehicles. This one, as the title suggests, features a talking trash truck, whose name is Trash Truck.

The Sons of Sam: A Descent into Darkness — NETFLIX DOCUMENTARY
A four episode documentary series about the famous “Son of Sam” murders of the 1970s and the attempt by journalist Maury Terry to demonstrate that the convicted killer, David Berkowitz, didn’t act alone. Directed by Joshua Zeman.

Girl from Nowhere: Season 2 — NETFLIX ORIGINAL 🇹🇭
Chicha Amatayakul returns in this unique combination of serialized drama and anthology series, playing Nanno, a mysterious girl who keeps transferring to different schools and exposing the secrets and lies of the students and teachers.

Milestone — NETFLIX FILM 🇮🇳
Suvinder Vicky won Best Performance at the Singapore International Film Festival (where the film also won the Best Film prize) for his role as a veteran truck driver who has recently lost a loved one and now faces the loss of his job to a younger man. Directed by Ivan Ayr.

Monster — NETFLIX FILM
Kevin Harrison Jr. stars in an adaptation of Walter Dean Myers’ novel about a student who is thrown into the dehumanizing nightmare of the U.S. legal system when he is accused of murder.

Mine — NETFLIX ORIGINAL 🇰🇷
Series about two women and the ruthless things they do for the sake of their family business.

Money, Explained — NETFLIX DOCUMENTARY
The latest “explainer” documentary series from Netflix’s collaboration with Vox Entertainment is about the thing that keeps Netflix in business, but focusing mostly on the role of money in the everyday lives of ordinary people, and especially the way we are constantly encouraged to take on more debt. Narrators include Tiffany Haddish, Bobby Cannavale, Edie Falco, Jane Lynch and Marcia Gay Harden.

Dance of the Forty One — NETFLIX FILM 🇲🇽
David Pablos directed this fictionalized retelling of the 1901 Mexican police raid on a party for gay men. Alfonso Herrera plays the President’s son-in-law, who was alleged to have been at the party.

Oxygen — NETFLIX FILM 🇫🇷
Mélanie Laurent plays a woman who finds herself trapped in a cryogenic pod with no memory of who she is and how she got there, and must find a way to escape before she runs out of oxygen (hence the title).

The Upshaws — NETFLIX ORIGINAL
Kim Fields (Living Single) and Mike Epps star in a sitcom as a working-class African-American couple in the Midwest, trying to pay their bills and raise their family as best they can.

Castlevania: Season 4 — NETFLIX ANIME
The fourth and last season of Netflix’s first original anime, based on the video games about modern-day vampire hunters. Netflix is reportedly already considering replacing it with a new series set in the same universe.

Ferry — NETFLIX FILM 🇧🇪
A prequel to the Belgian-Dutch TV series Undercover, focusing on the early years of drug lord Ferry Bouman (Frank Lammers) and the woman who will become his wife (Elise Schaap).

I Am All Girls — NETFLIX FILM 🇿🇦
Donavan Marsh’s film, set in the 1980s in Apartheid South Africa, is about a detective who is forced to team up with a serial killer to target a sex trafficking ring.

Jungle Beat: The Movie — NETFLIX FAMILY
From the makers of the animated series Jungle Beat, about cartoon animals who can’t talk, comes this movie version, where the animals all gain the ability to talk, but it’s because of an alien who crash-landed in the jungle as part of a plan to take over the world.

Move to Heaven — NETFLIX ORIGINAL 🇰🇷
16-episode drama about Geu Roo (Tang Jun Sang), a young man with Asperger’s Syndrome, and his uncle (Lee Je Hoon), who must put aside their differences to run a family business that specializes in arranging and moving people’s possessions after they die.

The Strange House — NETFLIX FILM 🇦🇹
A family moves from the city to a creepy house in a small town in Austria, and their two sons become convinced that the house hides a terrible secret.

The Woman in the Window — NETFLIX FILM
See introduction for details

Sardar Ka Grandson — NETFLIX FILM 🇮🇳
Arjun Kapoor plays a man who promises to take his grandmother (Neena Gupta) back to her childhood home before she dies, only to find that this is harder than it seemed.

Who Killed Sara?: Season 2 — NETFLIX ORIGINAL 🇲🇽
Manolo Cardona returns as Álex, who is determined to avenge the killing of his sister Sara, and finds out in the process that he may never have known his sister very well.

Special: Season 2 — NETFLIX ORIGINAL
The second and last season of creator/star Ryan O’Connell’s comedy series about a man with cerebral palsy who decides to pretend that his disability was caused by something else.

Army of the Dead — NETFLIX FILM
See introduction for details

The Neighbor: Season 2 — NETFLIX ORIGINAL 🇪🇸
Quim Gutiérrez returns for another season of the comedy about an ordinary guy who gets superpowers. This season, he finds out that not only are superheroes real, but so are aliens.

High on the Hog: How African American Cuisine Transformed America — NETFLIX FILM
Based on a book by food historian Dr. Jessica B. Harris, this four-episode series looks at the history of Black cuisine in America and how it intersects with the shameful parts of U.S. history as well as the inspiring ones. Stephen Satterfield hosts the show, with Roger Ross Williams directing.

Nail Bomber: Manhunt — NETFLIX DOCUMENTARY 🇬🇧
Documentary about a series of bombings in London in 1999, and the motivations of the far-right extremist who made and detonated the bombs.

Black Space — NETFLIX ORIGINAL
Israeli series starring Guri Alfi as a detective investigating a a mass murder at a high school, and the student app (known as “Black Space”) which may provide the clue to who did it and why.

Blue Miracle — NETFLIX FILM
Dennis Quaid stars in this drama film, based on a true story, about kids who enter a fishing tournament to try to win the money to save their orphanage from being closed down.

Eden — NETFLIX ANIME 🇯🇵
Netflix has a surprising number of animated shows about dystopias. This one focuses on a future where all the humans have been wiped out and the robots have taken over, until two robots stumble upon a lone human girl, and try to raise her in secret.

Dog Gone Trouble — NETFLIX FAMILY
Originally released in 2019 under the title “Trouble,” this animated family film focuses on a domesticated dog (named Trouble, and voiced by Big Sean) trying to survive on the streets.

The Kominsky Method: Season 3 — NETFLIX ORIGINAL
The third and final season of Chuck Lorre’s foray into prestige single-camera comedy, starring Michael Douglas as a successful acting coach, but not co-star Alan Arkin, who elected not to return to the show, and will be written out.