Newsmaker of the day: Malcolm Butler

With less than a minute to play in Super Bowl XLIX, the little-known New England Patriots player etched himself into football history books. 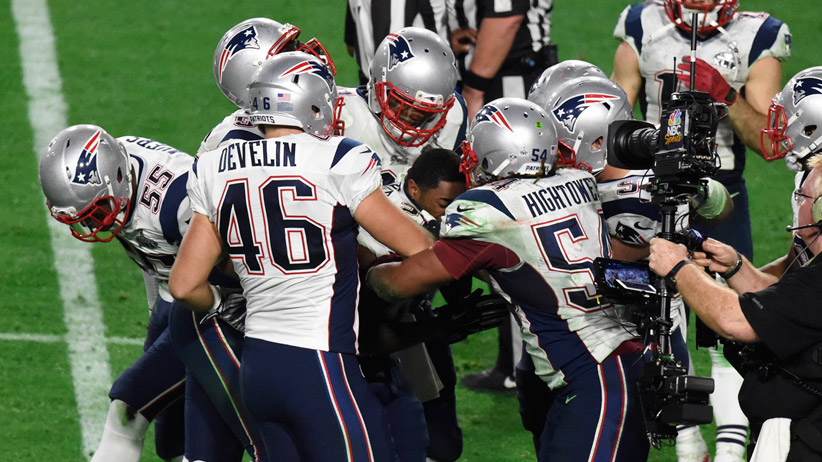 One single football play is all it takes to make a legend.

In the lead-up to Super Bowl XLIX, everyone knew the superstars. For the New England Patriots, there was Tom Brady, the greatest quarterback of all time, known for his multiple Super Bowl rings and his supermodel wife. For the Seattle Seahawks, most of the talk revolved around Marshawn Lynch, who is not only the toughest running back in the game today (with the league’s best nickname, “Beast Mode”), but also has an affinity for ignoring any questions from the media.

Before the big game, however, nobody was talking about Patriots defensive back Malcolm Butler, an undrafted rookie who previously played with the little-known NCAA Division II school West Alabama. That is, until Butler’s last-minute touchdown-saving interception secured New England’s 28-24 championship victory.

“Scrap” to his teammates, the 5-foot-11, 190-lb. Butler told media after the game he had a vision he would make a big play. But even he couldn’t have predicted that his first career NFL interception would win the Patriots their fourth Super Bowl title since 2002.

Football fans will forever argue with the Seattle coaching staff. Why throw the ball and risk an interception when “Beast Mode” is only one yard away from the end zone? Many are calling it the worst play call in the history of the NFL. It may very well be, but that argument only exists because a virtually unknown 24-year-old made what could very well be the biggest defensive play in the history of Super Bowls.

WATCH THIS VINE! “@A_Merritt: Vine of the Butler INT. Just this, on repeat, forever. https://t.co/juuqxPLEog”

Tom Brady may have walked away as Super Bowl MVP, but, when it came down to the most important play of the NFL season, Butler was the hero.