What we forget about Ornette Coleman

A certain place, and a certain moment, helped create Ornette Coleman. Jazz musicians, and fans, should remember that. 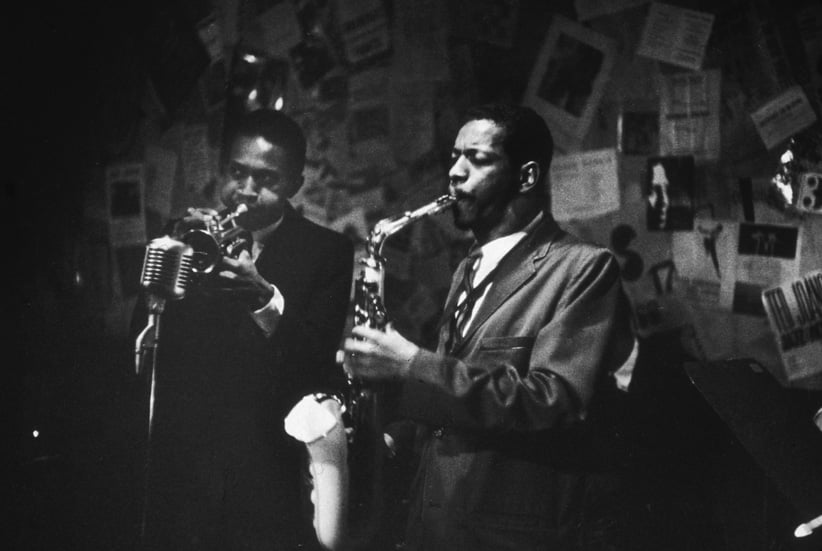 Ornette Coleman on the saxophone and Don Cherry on the trumpet, 1959. Bob Parent/Hulton Archive/Getty Images

It’s been gratifying to read all the commentary about Ornette Coleman, the legendary alto saxophonist who died this week at 85. Many obituaries concentrated, appropriately, on the fearless originality of Coleman, whose roots were in R&B but who became a leader of jazz’s rule-breaking avant garde—made the avant garde possible, really. Others noted his slow climb toward academic respectability, which peaked when he won a Pulitzer Prize for music in 2007. And of course there was the usual fascination with marginalia, like the white plastic saxophone he favoured in his early appearances.

Here’s something important I think has been overlooked: Coleman refined his approach to music, and developed durable associations with other adventurers, in Los Angeles after he moved there from parts east in the 1950s. Jazz depends thoroughly on where it’s played, and with whom, yet these ingredients are easily overlooked both by students, who work earnestly to reproduce its epiphanies in music-faculty practice rooms, and by fans who need to get out more.

Postwar Los Angeles was a strange place, a hothouse-flower boomtown fuelled by star power, irrigation, corruption and a blossoming freeway network. By the standards of almost any other place or earlier era in U.S. history, it was relatively egalitarian and wide open. In 1950 it had just passed Detroit to become the fourth-largest city in America; by 1960 it would overtake Philadelphia for third. Coleman, a native of Fort Worth, Tex., got there in 1953, following in the footsteps of outsiders as odd as Igor Stravinsky, Arnold Schoenberg, and William Faulkner, who complained that everything in L.A. was “too big, too loud and usually banal in concept,” and wrote it off as “the plastic asshole of the world.”

But it was home to thousands of musicians working in hundreds of clubs for clients with money to spend. Coleman struck an odd figure, a longhaired Jehovah’s Witness in clothes his wife had made, but he would sit in with any band that would have him, and he was more than competent in the jazz and R&B styles of the day. He eventually connected with open-minded locals, including the drummer Billy Higgins and trumpeter Don Cherry, and with fellow outsiders to this strange land: bassist Charlie Haden, son of an Iowa family of travelling country-folk musicians, and Paul Bley, a bookish pianist from Montreal. When they played a club, you could tell when the band was onstage because most of the clients would be out on the sidewalk. With Coleman it would always take every audience some time to figure out which way was up.

So that’s the place: a bustling and prosperous city with plenty of room even for musicians whose eccentricities would get them kicked out of the lion’s share of bands and clubs. The time was the American postwar, when a brash country realized it needn’t take cultural cues from Europe. The 1950s were the decade of Catcher in the Rye, Naked Lunch and On the Road; of Jackson Pollock and the mature Mark Rothko. Every art form saw the rise of an avant garde dedicated to questioning the fundamentals of the idiom, including classical music, whose bard and theorist Morton Feldman later said, “What was great about the fifties is that for one brief moment—maybe, say, six weeks—nobody understood art.”

It made sense that in that brief moment, an Ornette Coleman would rise. The liberties he took with tonality and pre-set harmonies would license generations of angry howlers or monkish theorists, but what’s always surprising to me when I return to Coleman’s music is how earthy and joyful it usually was. He ignored others’ rules, and would take decades before bothering to codify his own, not because he wanted to smash anyone else’s cathedrals but because he trusted the songs he heard in his own head not to let him down.