Who's in? Who's out? The 2015 Polaris Prize long list by the numbers 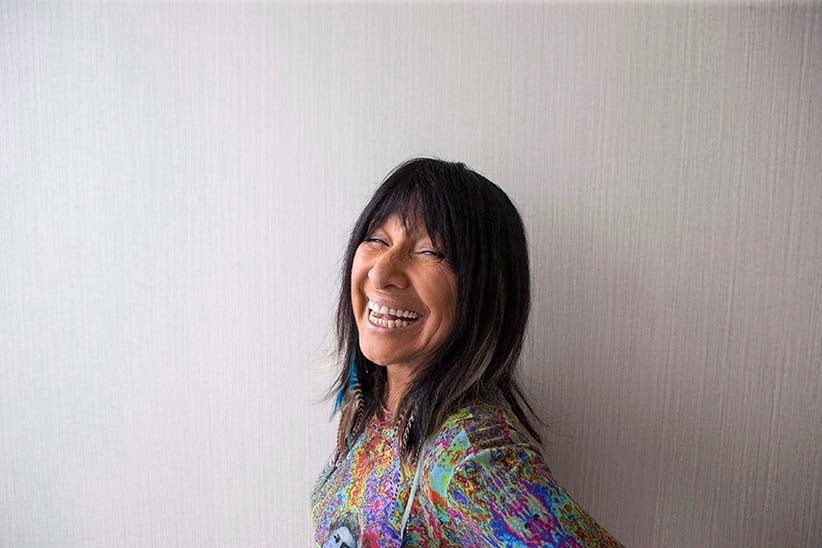 First-time Polaris Prize nominee Buffy Saint-Marie is one of the oldest artists to make the long list. She’s nominated for her album Power in the Blood (Chris Young/CP)

Buffy Sainte-Marie, 74, is not the oldest person ever to make the Polaris Music Prize long list, the list of 40 albums created by a pool of almost 200 music critics across Canada. That would be her 80-year-old friend Leonard Cohen, who was 77 when he appeared on the Polaris long list in 2012, with Old Ideas. But she’s the oldest artist with a decent shot at making the short list and winning the $50,000 prize itself, if she continues to ride the waves of critical adoration that greeted her 18th studio album, Power in the Blood. Most of the winners in the prize’s 10-year history have not been older than 30, but that’s changed in the last three years: Leslie Feist was 36 when she won in 2012; the members of Godspeed You Black Emperor, 2013’s winner, are in their 40s; 2014 champ Tanya Tagaq was 39.

Sainte-Marie’s comeback, arriving as it does after Tagaq’s win and A Tribe Called Red’s short list appearance in 2013, is situated amid a resurgence of interest in Aboriginal politics and culture. That’s borne out further by the Native North America compilation, assembled by Vancouver’s Kevin Howes, which gathers long-forgotten or never-released material by Indigenous Canadian artists from coast to coast to coast, from 1966 to ’85; it’s the first compilation ever to make a Polaris list (in part because the prize’s rules were altered this year to grant certain exceptions to compilations of previously released material). If for some reason it were to take the prize, it could—symbolically and, to a lesser degree, literally—be considered reparation for the way this music was ignored for decades.

This year’s long list—from which more than 200 jurors then select a short list, announced on July 16, with the winner announced at a gala on Sept. 21—shows a few other trends. Toronto still boasts the most number of nominees; Montreal is a distant second. Hamilton had a strong year, with four (Arkells, Lee Harvey Osmond, B.A. Johnston and Caribou). Polaris is still primarily a Central Canadian concern: Out of 40 artists on the long list, only eight hail from west of Ontario; only two from east of Quebec. But Vancouver has sprung back to life, after years of being lucky to land one or two albums on the long list: This year, five Vancouver artists survived their city’s real estate market, stayed put and made the long list, and I’d say two of them have a good shot at the short list (punk group White Lung and art-rock band Siskiyou).

Electronic music and jazz get token nods; roots music fares a bit better, and metal is non-existent this year. The flip side of all that is there’s also nothing here that could be considered a hit on mainstream radio, other than Drake (though his 2015 “mixtape” that made the list did not feature any singles, and is technically a placeholder for a “real” album later this year) and maybe Bahamas (on constant rotation on CBC Radio). The following artists have some radio presence, but not much, outside of CBC: Joel Plaskett, Lowell, New Pornographers, Buffy Sainte-Marie, Whitehorse, and Jean Leloup. Where is the hip hop, you ask? Of the 197 albums Polaris jurors voted on, only 14 could be considered hip hop. Few had any kind of national profile, and there was unlikely to be much consensus among jurors.

I run some more numbers over here.

Oh, and didn’t 2013 winners Godspeed You Black Emperor—who accepted their award with a “thanks, but no thanks” letter that cast aspersions on cultural prizes in general—release a new record this year? Yes, they did. And it got great reviews. But they respectfully requested not to be considered for this year’s prize. Jurors were free to vote for it, of course, but we (I’ve been a juror since the prize’s inception in 2006) all took the not-so-subtle hint.

There are those who believe Polaris is an insiders’ club that rewards the same artists over and over again: Indeed, 2015 long-listers Patrick Watson, Joel Plaskett and the New Pornographers have each appeared on three lists before this year (and Watson won in 2007), while 2008 winner Caribou is back for the third time. There are 21 artists that have never been on a Polaris list before, and seven debut albums.

On the flip side, more than a few Polaris favourites went from heroes to zeroes this year, failing to make the long list.

F–ked Up (winner 2008, shortlist 2012). A side project by guitarist Ben Cook, under the name Young Guv, did make the long list, however.

And these artists have long-listed twice but never made the short list:

What makes the Polaris different than the Junos? Here are some 2015 Juno winners and Polaris losers:

Nickelback (new album not eligible at last Junos, but multiple winner over the years)

Kiesza (Dance Recording of the Year)

Lights (Pop Album of the Year)

Deadmau5 (Electronic Album of the Year)

As for the upcoming short list, I’d say it’s pretty easy to call this year. I’d bet big that these seven records will make the short list of 10:

Alvvays, s/t. Toronto-via-Maritimes band mining a ’90s indie rock sound, led by a member of the Rankin Family and a former member of P.E.I. power pop band Two Hours Traffic, and they scored a minor hit with Marry Me, Archie.

Bahamas, Is Afie. Toronto guitarist Afie Jurvanen is well past his days as a valued sideman, filling theatres on his own with subtle, soothing songs.

Caribou, Our Love. Electronic musician Dan Snaith of Dundas, Ont., couldn’t be more different from deadmau5, but he’s been one of Canada’s most acclaimed international exports for almost 15 years now.

Buffy Sainte-Marie, Power in the Blood. Fifty-one years after her debut album, this veteran sounds as fiery and essential as ever.

Whitehorse, Leave No Bridge Unburned. The second album by the dynamic duo of Luke Doucet and Melissa McClelland is even better than the debut—which itself was one of the strongest roots rock records in recent memory.

BadBadNotGood with Ghostface Killah, Sour Soul. The instrumental Toronto jazz trio enlisted a hero from the Wu-Tang Clan, which cemented their reputation in the hip-hop circles in which they’ve been wading from the beginning.

And I’ll gamble that these three have a good shot at rounding it out:

Jazz Cartier, Marauding in Paradise. This is the first post-Drake MC from Toronto to make a splash, with good reason: While drawing from a similar sonic template, Cartier simply sounds hungrier and raw.

Jean Leloup, A Paradis City. The beloved Québécois contrarian retired a while back, and now surfaces to make a record only when he wants to, in between his various other adventures. Making a record this good sound so easy is proof positive of his enduring talent.

But the winner? There’s never a way to predict how that will turn out. So don’t bother and don’t wait and don’t fret: Here are 40 records you should get to know.