'Push yourself to total self-destruction'

The Ultimate Warrior, wrestling's mad genius, passes on in a nimbus of glory 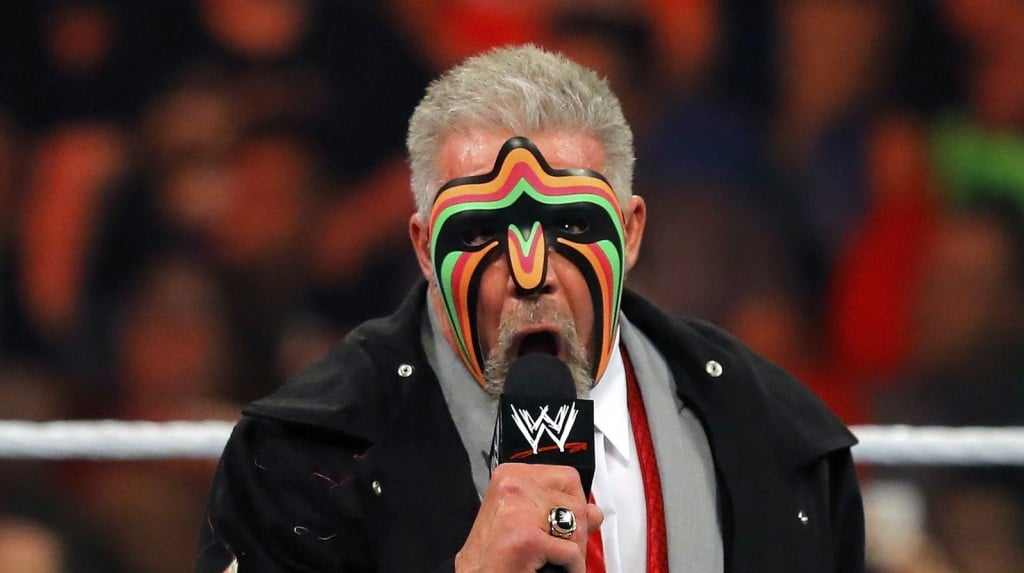 What can one say about The Ultimate Warrior, who entered the WWE Wrestling Hall of Fame on Saturday, made a valedictory, death-themed speech on television on Monday, and dropped dead in a hotel parking lot on Tuesday? The Warrior, born with the less prepossessing name of Jim Hellwig, tended to give about 80% in his wrestling performances, but never, ever less than 120% in his between-match rants. The one he delivered on WWE Raw April 7 obviously took a lot out of him. After declaring one last time in his weird, plosive-laden accent that “the spirit of the Ultimate Warrior will run… BOREB-BERRRR!”, he looked disoriented and exhausted—just another a mountainous ex-athlete with blatant indicia of heart failure. In a strange way he got a more dignified ending than pro wrestlers generally get, and his lifespan, though curtailed, was probably longer than their median.

The Warrior, an autodidactic weirdo who fancied himself an artist and political thinker, was somewhat disliked by his wrestling colleagues. The choreography of wrestling requires self-control and close attention, or so the practitioners always insist, and very defensive they are about it, too. Warrior (Hellwig eventually adopted this as his full legal name) was said to be weak in these things—not wholly trustworthy in the ring as an opponent. Bit of a flake. Might get your ankle broken. Might forget to signal for help when it happened, too.

But his crazed, indecipherable ring persona made him one of the few genuine folk heroes of American wrestling. There never seemed to be any source text, any root for it all, beyond a vague bloodthirsty cartoon-aboriginal flavour. Where in the hell did those metaphors involving “walls” and “darkness”, those cryptic threats and references to plane crashes, come from? However they were assembled, and whatever drugs were involved, he seemed to actually believe the nonsense, right down to the sleep-apnea snorts and the seizures that punctuated every performance. If you watched wrestling in the heyday of the Warrior, which culminated in 1990 with his epic face-vs.-face showdown with Hulk Hogan at Wrestlemania VI in Toronto, you have never been surprised since when you see an actor go completely round the bend under the influence of method acting.

Warrior was an improv genius—the archetype of the consciously put-on yet somehow un-ironic style of theatrics that attracted Andy Kaufman to the game. He got beyond “faces” and “heels” into a new realm of raw intensity and believable quasi-madness. He was a true Energy Brother, a compelling performer with no talent (beyond an impressive, almost avant-garde physique) and no material to speak of.

There has never been anything like it, and with the way pro wrestling has evolved, there never can be. The fans have become connoisseurs; they cheer for human-scaled wrestlers who can execute elegant moves, and debate script arcs online. The audiences are no longer innocent enough to enjoy public experiments in combining cocaine and steroids to maximum televised effect. Frankly, the parents probably just won’t stand for that sort of thing anymore. And what better epitaph could a man have than that?