Q&A: Caroline Moorehead on a mother's fight against Italian fascism

Her latest book explores the life of single mother Amelia Rosselli, a playwright and activist at a time when Mussolini decreed women were second-class 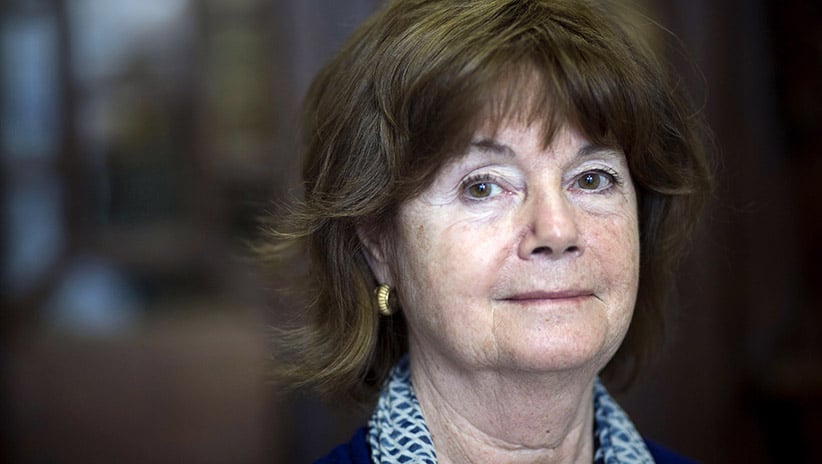 At 72 and after a long career devoted to human rights activism and writing well-regarded biographies of the likes of Bertrand Russell and Martha Gellhorn, British author Caroline Moorehead is expanding the scope of her work. With A Train in Winter (2011) she began what she calls “the resistance series,” a projected trilogy in which individual lives would illuminate the struggle against fascism before and during the Second World War. That first volume focuses on 230 French Resistance women who ended up in Auschwitz, while Moorehead’s second, Village of Secrets (2014), is about a remote French community that helped thousands of Jews and others escape the Vichy police and the Gestapo. Her latest, A Bold and Dangerous Family: The Remarkable Story of an Italian Mother, Her Sons, and Their Fight Against Fascism, about the Rossellis of Florence, moves the series south of the Alps.

Q: Your writing is involving into an intriguing mix. Do you still think of yourself as a biographer?

A: I always did, but now I’m trying to tell history through biography, to find a small something and then paint a larger picture. It’s quite a difficult balance because I am more and more drawn to the history, but I know the only way that I can get it across is if I can keep my characters sufficiently to the forefront. And if I start losing them in the history, I have to pull back.

READ: The torture and sadness of Russia’s most famous conjoined twins

Q: Is the new book really the completion of a trilogy—two French, one Italian—or simply a third book on the same general topic?

A: I’m afraid it’s turned into a quartet. The story of the Rossellis really ends in 1937, when the two sons, Carlo and Nello, were murdered by French fascists. I wanted to get to the end of the war in Italy as I did in France. I started reading around and learned the last 20 months of the war in Italy were effectively a civil war, usually ignored in our accounts. There were 600,000 partisans involved, who have been completely airbrushed out of English-language history, and 35,000 of them were women. When the moment came after the fall of Mussolini in the summer of ’43, the women rose up. So now I’m going to tell the story of the civil war through four women partisan friends from around Turin—the eldest was the widow of Piero Gobetti, whom I write about in the Rosselli book. She just lived out the 1920s and ’30s after Piero died, and in 1943 she was in her early 40s. She and their son, 18-year-old Paolo, head off to the war as mother-and-son partisans. Just a wonderful story.

Q: And that’s the end? No quintet?

A: I would love to write about Poland, but I have never used researchers. I think non-fiction really is the research. It’s what you find when you’re digging around. I don’t speak Polish and I wouldn’t feel I could really trust anybody else to find the sort of details that interest me.

Q: You put me in mind of American historian Timothy Snyder, author of Black Earth, which is about the way the Holocaust for the most part unfolded in Eastern Europe. He said too few Anglophone historians know the languages of those countries. They can’t go into those archives themselves and their information is too second-hand. But you were educated in Rome?

A: My parents moved to Italy when I was 11 and I was put in the French lycée in Rome. I grew up in Italy, as it were, with Italian and French.

Q: Italy before the war is even more unknown in the Anglosphere, because the German story casts its shadow over everything. We forget there was already a fascist dictatorship in Italy while the Weimar Republic still flourished. After the Rossellis were gunned down together in exile, 200,000 people marched in their Paris funeral procession. But they are forgotten today, at least outside Italy. What about inside?

A: Yes and no. Every large city in Italy has a Via Rosselli or a Piazza Rosselli. Everyone in Italy has heard of them, especially Carlo, even if they don’t know much. The question that people often ask me is what might have happened had Carlo survived fascism—would he have been the head of the postwar government? I suspect he was too much of a dreamer. He would have made his way into government, but he was never going to be a match for the Christian Democrat politicians.

Q: You focus considerable attention on family matriarch Amelia, who even has pride of place in your subtitle. Are you making the argument that she herself would have made—that character is everything?

A: She was never supposed to be a big part of the book, but it became clear how much went back to her, how crucial she was as the spine of the family, instilling her values of courage and loyalty. And she was a wonderful letter writer. I’ve read hundreds and hundreds of her letters, with all the details that emerged. So she, too, emerged more and more.

Q: Then there’s the remarkable arc of one woman’s life. Unlike her sons, Amelia survived, dying at 84 in 1954. She was born the year before Italy itself was, and lived through two world wars and Mussolini, everything.

A: Yes, and in history I love the outlier. She belonged to the old world, the old Venetian world, yet she was absolutely, unmistakably a woman of modern times. She left her unfaithful husband, raised her boys herself, was a playwright. And all that was before even the first war, which was followed by 20 years of Mussolini rule in which women were told they were second-class citizens with no voice, no thoughts, no ideas. The four women I’m writing about now, they went into the Second World War totally unconscious of any notion of feminism. That changed fast: in 1945, Italian woman were very different from Amelia’s time.

Q: To go back to those details, when you wrote about Carlo’s stint on one of Mussolini’s prison islands, you listed them all. One was Lampedusa, now notorious to some as a vast refugee holding camp. In other words, the more things change… Can we talk about the contemporary resonance of your story? What do you see?

A: Some of it, the echoes, can’t be helped. I mean, history and its arcs, the ebb and flows of things—the way Mussolini wanted to “make Italy great again,” in the mode of Imperial Rome. I’m hesitant about drawing inferences from the past to the present, though. People have long likened Mussolini to Berlusconi, the longtime prime minister of Italy, for instance, and on the surface they are alike, both nationalist populists, but below there’s not that much in common. Except Italy really is very susceptible to flamboyance. Italians loved Mussolini as a celebrity and loved Berlusconi for his over-Italian sex focus.

Q: If some things are superficial or coincidental, like the theatricalism—politics as a reality show—and the many uses of Lampedusa, others seem to be in true resurgence. Refugee waves, of course, and ethno-nationalism: the Rossellis, assimilated Italian Jews, could feel the anti-Semitism closing in on them—secret police reports referenced the activities of “the Hebrew Rosselli.” But the important factor seems to be the strength of national institutions, where the contemporary world is holding up far better.

A: Oh yes. In Italy after the first war, they were very weak, exactly. And amazingly corrupt. Also, the nation felt unfinished after the 19th-century unification, the Risorgimento. There have always been arguments saying Italy didn’t merge into a single country until after the Second World War—and the south remains very different, and still forgotten. Fascism seemed a shortcut to many at the time, a nationalism that could bind it all together. But the resistance felt that way too—that they were the force that would finish off the Risorgimento. Both sides saw themselves as the ultimate unifiers, and that involved sweeping the past aside.

Q: The Rossellis and their circle were civilized intellectuals up against what Mussolini, in another echo, called “beautiful, necessary violence.” He’d send out squads of thugs armed with guns, cudgels and, of all things, castor oil. How did that work as a weapon?

A: They’d make their enemies drink it in public, and the results were so humiliating—people throwing up and shitting all over the pavement. It was meant to make them look ridiculous and pathetic and weak, a psychological violence to go with the cudgels.

.Q: I do love the footnote you provide for one of those attacks. Twenty years later, partisans tracked down the butcher who had led one of those fascist squads—a man who called castor oil the “magic exorcism”—and offered him a choice: eat a toad or we will kill you. He ate the toad.

A: Wasn’t that good? Details! Those are the sorts of details I love.