Many Canadians recognize Christine Sinclair as the long-time captain of the Canadian women’s soccer team, which won gold last year in Tokyo. Those who follow the sport likely know that her current tally of international goals—190 as of this past September—is the highest of any player to date, male or female. But that’s probably the extent of what most Canadians know about Sinclair—prolific as she is on the pitch, she’s mostly kept a low profile on the personal front. Until now. In her first memoir, Playing the Long Game, published on November 1, Sinclair opens up about chasing the world record, her work to raise awareness around MS, an illness her mother had for many years before she passed away earlier this year, and whether Sinclair plans to retire and un-retire, just like Tom Brady.

Q: The book has some fun nuggets about your younger years. If you could bring either of these things from your past to the present, would you rather walk around with your soccer ball flip phone or enrol in ballet classes?

A: You know, everyone gives me shit for ballet. Do you know how many athletes were in that class? Come on, everyone needs an easy college credit once in a while—and it was entertaining to say the least.

Can you do a plié?

I can. I choose not to. So I think I’d probably go with the soccer ball flip phone.

Looking back at the gold medal you earned with Canada at the Tokyo Olympics last summer, do you think the pandemic helped Team Canada’s chances going into the Games?

I honestly think it did. Our team used the time in lockdown—when we were all scattered around the world—wisely, holding meetings and doing workouts together. I’m sure other teams weren’t using it as productively. But we chose to not let the pandemic ever be an excuse.

And then in the tournament itself, because of the lockdown, friends and family didn’t travel to Japan to see us. We couldn’t leave the hotel; we were locked in there for a good month and a bit. Our team weirdly really enjoys spending time with each other. We had little tournaments going on—like Mario Kart. Some people became addicted to Settlers of Catan.

The team left the Tokyo Games as role models to so many young Canadians. But when you were a kid, your own role model in sport wasn’t a woman. It wasn’t even a soccer player.

Yeah, I looked up to Robbie Alomar. I grew up playing baseball—second base—and I was a huge Toronto Blue Jays fan. That’s what was available to watch on TV.

You’ve said that as a teenager on the national team, you didn’t mind the pressure “because you didn’t understand it.” When did that change?

Probably after the London Olympics. For so long, our team had just flown under the radar. But after London, knowing we were hosting the next World Cup, everything became so much more intense. People cared. People had opinions.

Was that a good thing or a bad thing?

A little bit of both. As a female athlete, you wait for people to care. You wait for your country to care about how you’re doing. Thousands of people come out to your games. For me, that was a dream come true.

But with that comes expectation. And talking to the media isn’t my favourite thing, especially when they have nothing good to say.

One thing you didn’t share a lot with the media during your career was the impact of your mom’s illness. She had multiple sclerosis. What made you decide to start talking about it, as you do in the book?

I began to do some work with MS Society, trying to raise money. I learned I’m not alone. My family’s not alone. I think a lot of families live with multiple sclerosis in silence. It’s not talked about. Entering that community was very special. I’ve met some incredible people through my work with the MS Society.

The first time I participated in the annual A&W Burgers to Beat MS Day, my mom told me: “I’ve never been more proud of you.” That was a big moment for me and my mom, realizing that sharing her story—and sharing my story—might help some other people. To be able to use my voice to try and help make a difference. For so long, I was just a soccer player.

In 2020, you broke the all-time international goalscoring record with your 185th goal. A few years earlier, you told me you weren’t tallying how many goals you scored. But you write in the book that when you were starting out on the national team, you were looking at Mia Hamm’s record—and the pace of goals you’d need to break it. So I’m wondering if you lied to me a few years ago.

No. When I first joined the national team as a 16-year-old, I enjoyed some success and scored some goals. Mia Hamm was the record holder at the time and I was overwhelmed that she had so many goals. So, yeah, I set a target. But it was really just a thought.

As my career went on, I wasn’t thinking “I need 86 more.” Then, obviously, as I got closer to the record, it was all anyone wanted to talk about.

Over your 23 years with the national team, the technology used in sports has evolved a lot. When John Herdman, who now coaches the Canadian men’s team, was your coach throughout most of the 2010s, he had you and your teammates swallow a temperature-tracking pill that you’d later poop out.

I told the story of swallowing the pill to my teammates on the Portland Thorns, my club team. Some of them said: “I would draw a line. It’s not worth it.”

It made me realize you’ve got to be a little crazy to get every last per cent out of your body. But in the right hands, this kind of technology allows athletes to train smarter and more efficiently. It can protect players. You trust that you’re doing the right work—not just work, but the right work. For me, that’s what’s changed over the years. As athletes we always have questions like, “Why are we doing this?” And now there’s data to back it up.

With our national team, it really changed our training methodology. Before, we were going for 12-kilometre runs—and that’s so not necessary as a soccer player.

One more important piece of technology—and a theme that kept popping up in your book—is Video Assistant Review. I figured as a striker you might hate the idea of being just an inch offside costing you all these goals.

I’m such a rule follower. For me, if a player is offside, it doesn’t matter if it’s a millimetre or five yards. That’s the rule. So I liked the idea of those things being caught. Of course, when I’m the one scoring and it gets called back, I think, Ugh, I hate VAR.

How vital was VAR to Canada winning Olympic gold?

One less-happy Olympic moment was in the 2012 Games, in that infamous six-second goalkeeper call against Erin McLeod in the semifinal against USA, which led to a handball, giving the U.S. a penalty kick late in the game. Canada lost 4-3. After the game, the referee claimed you called her a “fucking whore” and you were suspended. What did you learn about the spotlight in that moment? And by writing about it now, what do you hope it teaches others?

We were outside the stadium on the way to the bus, and I was in a bad mood. Sure enough, she walked by. It was her word against mine. I would never call someone a whore. Never.

What you said was that she was “fucking horrible.”

Exactly. Honestly, I don’t know if I’ve learned anything from it. Maybe I should have said it in the game around more people. I still stand by what I called her. Maybe that’s not what young kids should take out of this. But, yeah, I’m still not over it.

The men’s team is heading to the World Cup later this year. I’m curious about your thoughts on the “Dear Canada” letter they wrote regarding fair compensation amid their contract dispute—and watching the team stand up to the Canadian Soccer Association.

Unfortunately, FIFA supports the men a lot more than the women. Women going to the World Cup can only earn so much. We’ve been waiting our entire careers for our men’s team to be successful because the CSA has told us: “We can’t pay you what you should get. We don’t have the finances because we haven’t been to a World Cup in 30 years with the men’s team.”

We’re friends with a lot of the men’s players, so the letter didn’t come as a shock to us. The only thing we were a little disappointed in was how they worded the part about World Cup bonuses.

[Note: the men’s national team is asking for, among other things: “An equitable structure with our women’s national team that shares the same player match fees, percentage of prize money earned at our respective FIFA World Cups and the development of a women’s domestic league.”]

They want equal percentages. And as a women’s team, that’s unacceptable to us. We’re going for equal pay.

I credit the U.S. women’s team for their willingness to tackle the big issues. [Note: The U.S. women’s national team recently settled a six-year equal pay lawsuit with U.S. Soccer.]  They are bar-setters for how women’s teams should be treated around the world. They signed an equal pay agreement earlier this year—and that set the standard. We won’t settle for anything less.

You briefly mention Tom Brady in the book when you talk about your retirement. Do you have a sense of what it will feel like when you know it’s time to hang up the cleats?

For me, it’s all about enjoyment. Can you stay healthy—because it’s no fun if you’re not healthy—and are you still enjoying it? Are you still waking up every day knowing this is what you want to do?

When you eventually retire, is it going to be like Tom Brady—you come out of retirement weeks later?

That’s what Tom Brady said. Will you miss opponents calling you an “old hag”?

That one almost made me snap. There have only been a couple of times in my career where I’ve almost snapped, and that was definitely one of them.

Did that happen while playing for club or country?

It was a club team. It was against a New Zealand player who played for a team in Utah.

It was an intense game. There’d been a red card and it wasn’t pretty. I came in to defend one of my teammates and that’s when she called me that. Desiree Scott, my teammate on Team Canada, played on Utah, and when she heard that she yelled “OHHHHHHHHH!” 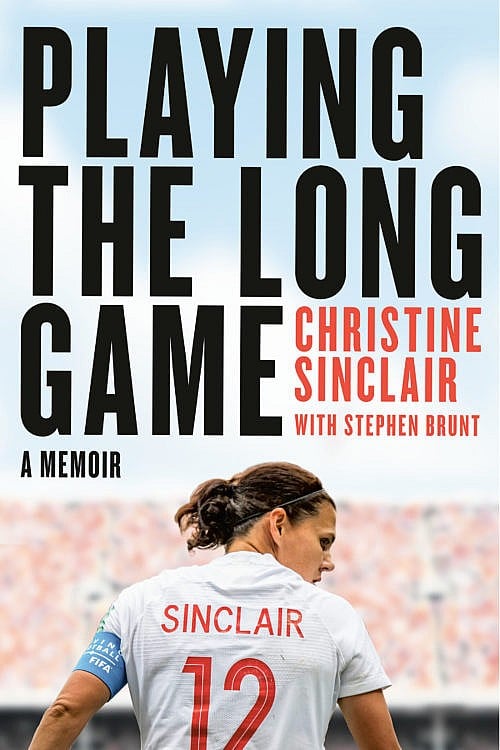