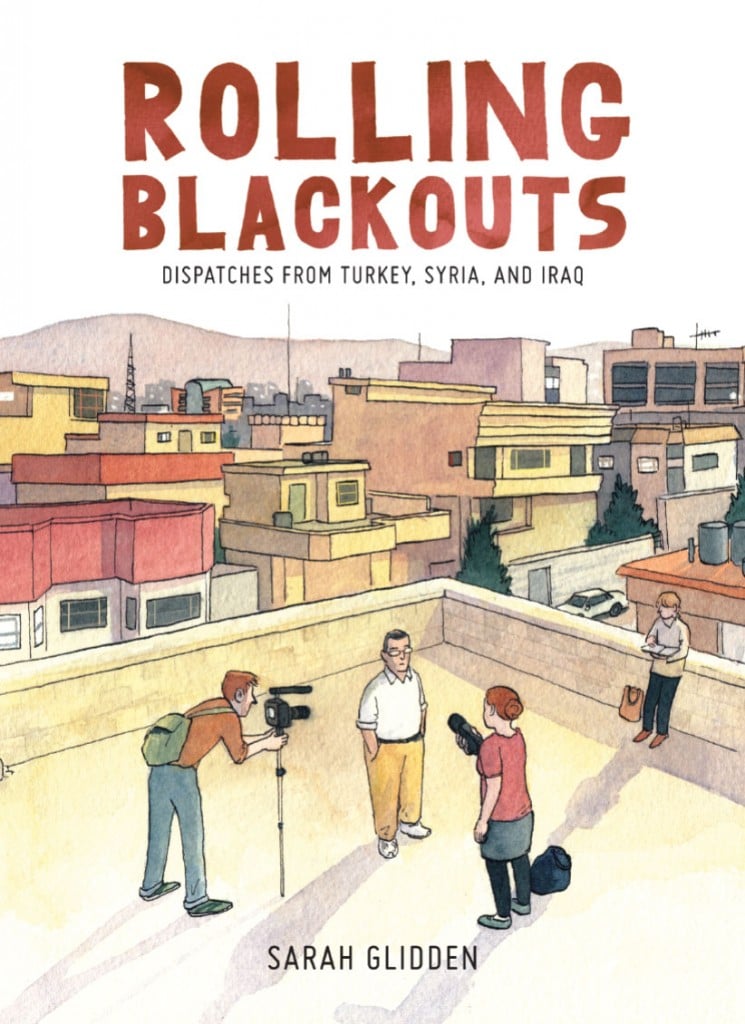 For two months in 2010, American cartoonist Sarah Glidden travelled with two journalist friends and a former Marine through Turkey, Syria and Iraq. Since then, the region has been engulfed in turmoil, with hundreds of thousands killed and millions forced to flee. There’s been the Arab Spring, the rise of Islamic State and brutal civil wars in Iraq and Syria. This work of graphic non-fiction should feel dated. Remarkably, it comes off as timely and, somehow, prescient. Through a series of vignettes, Glidden contextualizes and humanizes people making hard choices under impossible circumstances. We meet an Iranian refugee in Turkey detained for publishing banned books, an American couple in Damascus helping students get into universities in the States, and a Sunni Arab man forced to flee Baghdad who wants “another Saddam” to restore stability to Iraq.

Rolling Blackouts is presented as a meditation on journalism. She follows her journalist friends from the (then-nascent) news website the Seattle Globalist, asking many questions about the nature of journalism. As with her first book, How to Understand Israel in 60 Days or Less she does not offer definitive answers. She shares her ignorance (she knows little about Kurdish history), and her honesty undergirds a compelling story. One man interviewed by Glidden’s friends is alleged to have ties to the 9/11 attacks. The ambiguity surrounding his story, and in so many of the stories in Rolling Blackouts, is elegantly handled. How does one understand Iraqi refugees fleeing for their lives saying they’ll go anywhere in the world except the U.S.?

She is at the forefront of a new generation of journalists using comics to tell important stories. Her graphic profile of Green Party presidential candidate Jill Stein for The Nib is the most revealing profile of Stein written during this election.