Cattle farming is a tough go. Until you add Moby, Skrillex, and 15,000 ravers. 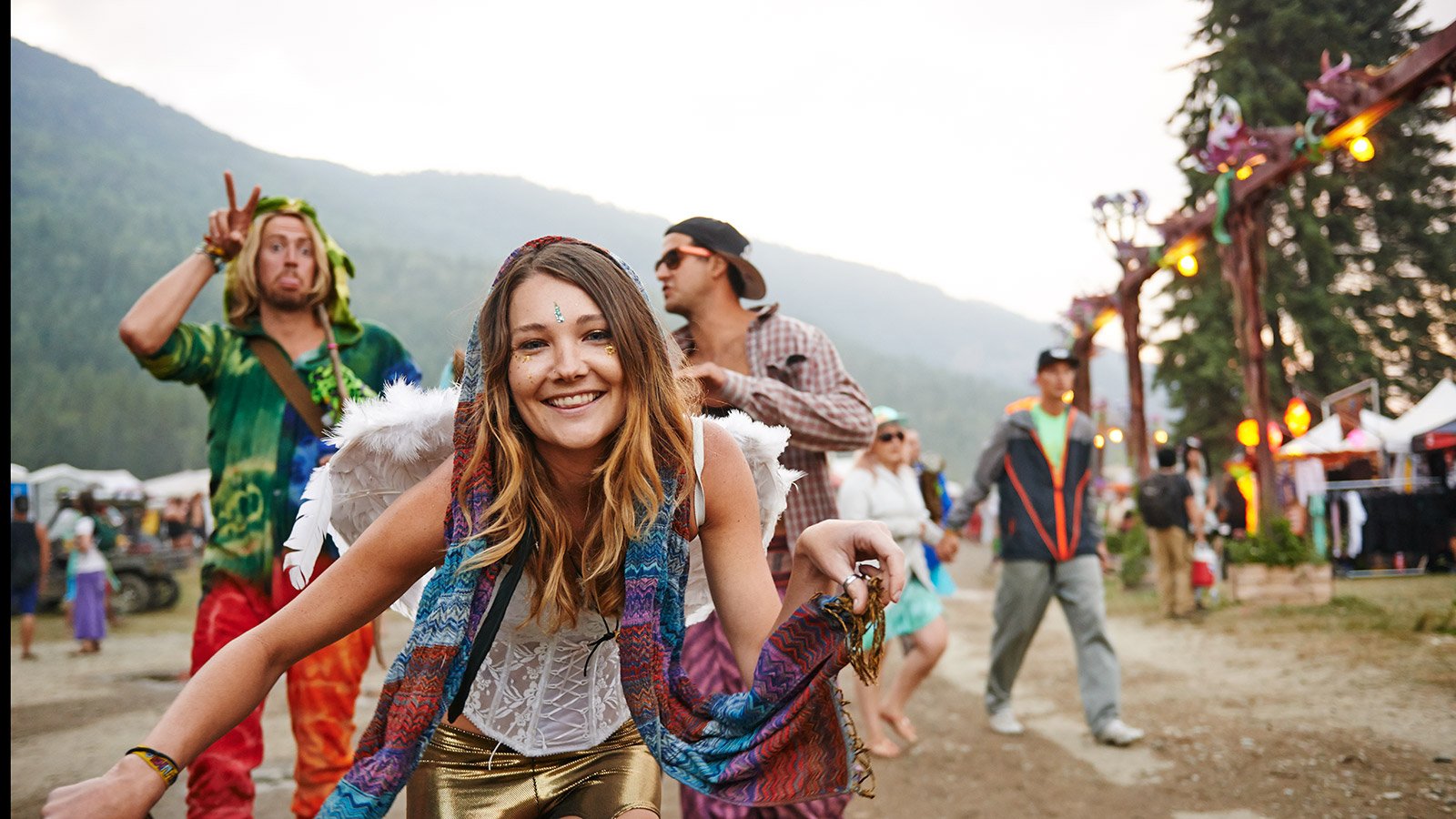 Twenty years ago, a pair of apple growers, Rick and Sue Bundschuh, sold their farm in Kelowna, B.C., and moved with their three kids to a ranch outside of Salmo to raise cattle. “We were trying to escape growing fruit,” says Sue, now a grandmother in her mid-60s. Despite producing a million pounds per year, the Bundschuhs (pronounced BUN-shoe) couldn’t make a living. They fell in love with the 200-hectare ranch nestled in the pristine Kootenays, where grizzlies wander and the stars really shine. But it was another tough go. There was no electricity, and cattle are only nominally more lucrative than fruit. “Dad is like a history of what’s gone wrong in the agricultural industry,” says their daughter, Anna. “Ask any farmer in Canada. It’s a dying business.”

Then, in 1997, their youngest, Jimmy, then 17, discovered the rave scene, and decided their ranch had incredible potential as a venue. He got permission from his parents and a loan from Community Futures for a sound system, and the Shambhala Music Festival was born. Now in its 17th year, Shambhala (known locally as “the farm”) hosts up to 15,000 people from around the globe, and attracts world-class electronic music acts such as Moby, Skrillex and Bassnectar. According to a 2009 Michigan State University study, it brings $24 million to the area each year. With Jimmy as CEO, Anna as executive producer and the parents heading up the farm, both sides work together to create the non-corporate, un-sponsored event and, as Bassnectar tweeted, “one of the most magical festivals on the planet.”

Last month, Anna expertly wove her ATV through throngs of sparkling festival guests, sunburnt twentysomethings in various carnival-style degrees of undress. About 40 cows looked on, adding to the mad circus rodeo vibe. “Dad’ll meet us up at the farmhouse,” Anna yelled over her shoulder. “He’s just getting grain for the pigs.”

Despite Shambhala’s success, the ranch runs year-round. “When we moved here, we were determined not to depend on only one thing,” Sue said from the farmhouse, a sea of tents shimmering in the pastures below. The Bundschuhs’ mill supplies the fencing and wood for many of the permanent outbuildings for Shambhala. And forget the 100-mile diet. “We have the one-mile diet,” says Jimmy, referring to 7,000 burgers made for the festival out of the livestock they raise. Rick and Sue have been involved since the beginning. “You can’t just turn a bunch of kids loose on large farm equipment,” Rick laughs. He says he is also behind the no-alcohol policy.

“One of the first commandments was no booze,” he says. Female guests, especially, are happy, he adds, “because there aren’t a bunch of drunken louts running around.” Shambhala invests heavily in guests’ safety. A medical staff addresses everything from pregnancies to overdoses (with most treated for “toe jam,” slang for injuries sustained from dancing in bare feet). There’s the Sanctuary for guests who lose their tents (yes, this happens) or need to sleep or ride out a bad trip, and a Women’s Safe Space. Volunteers canvass the grounds, handing out safety guidelines and a security crew keeps watch. There’s even a tent where staff will chemically test the contents of drugs bought by patrons “on the street.” Ultimately, though, Jimmy says it’s about personal responsibility. Of the numerous festival-related deaths this summer, he said, “If that same person came here and made those same choices, it could have happened here, regardless of how prepared we are.”

Shambhala has only seen one drug-related death in 17 years. During a half-hour hammock break, three strangers approached me to see if I was okay. “That’s the Shambhala way,” explains Alex Chudis, a paramedic who has been working for the festival for 15 years. “At Burning Man, the motto is ‘look after your trash.’ At Shambhala, it’s ‘look after your friend,’ whether you know them or not.”

“Outsiders think, ‘Oh, the big bad rave movement,’ ” Sue said. “But these kids look out for each other.” It’s not your average retirement plan. Rick paused, a lifetime of work etched into every smile line. “If you got a job at Safeway cutting meat all your life, it’s pretty boring. We aren’t living like that.”