BroadwayHD will give 'She Loves Me' new life 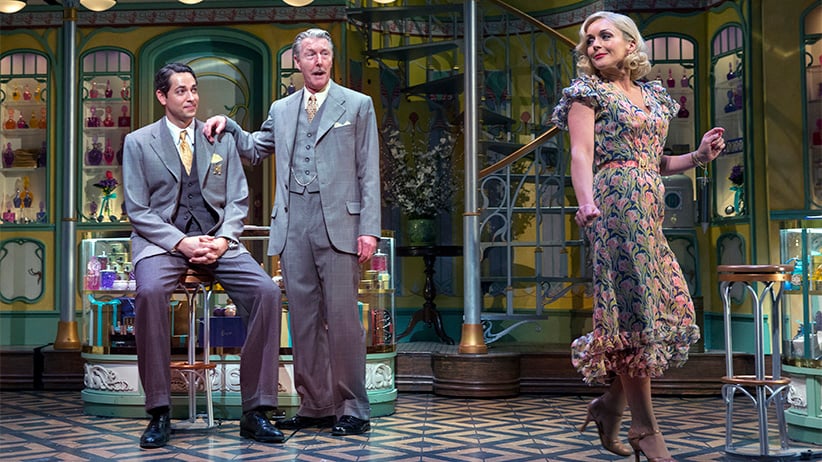 When a cultural product is chosen as a vehicle to try out a risky technology, it’s usually a hit with worldwide name recognition. But on June 30, a company called BroadwayHD will present the first Broadway musical to be live-streamed in high definition: She Loves Me, a 1963 show that has never found a big audience outside of theatre buffs. “It wasn’t a huge hit when it opened,” says Adam Feldman, theatre critic for Time Out magazine. “And there hasn’t been a movie version, so its penetration of mass culture is limited.” In fact, the publicity for the live-stream may be the most attention She Loves Me has ever gotten.

And no one quite knows why that is. Most musicals that fail on Broadway have clear flaws. She Loves Me is a rare case of a show that failed even though nothing was wrong with it. Based on the story of the movie The Shop Around the Corner, about two bickering sales clerks who don’t realize they’re romantic pen pals, the plot is so solid that it was reused in the movie You’ve Got Mail. The musical got excellent reviews and was one of the favourites of its songwriters, Jerry Bock and Sheldon Harnick, who have no lack of pedigree: they would go on to write Fiddler On the Roof the following year.

Theatre experts have always admired the way She Loves Me uses a long score—with more than 20 songs—to create what one of the songs describes as “a romantic atmosphere.” Michael Colby, writer of such off-Broadway musicals as Charlotte Sweet, says each number is “more like a little playlet or monologue than a mere song,” and adds that the original cast recording was one that “many future musical-theatre writers have played constantly for inspiration.” Feldman adds that the whole show “comes together as a kind of perfect romantic musical comedy,” a genre that is surprisingly hard to pull off in musical theatre.

But none of that translated into success. Harnick, who received a lifetime achievement prize at this year’s Tony awards, told TheaterMania that despite the warm reception, people didn’t come to see the show: “After about eight and a half months, it closed. We lost the entire investment. It was just heartbreaking.” A subsequent London production also failed. Colby says a previous Broadway revival by the non-profit Roundabout Theatre Company helped spark interest in the show and get it “produced frequently in regional theatres.” Roundabout also produced the well-received current revival. But it’s never been a long-running smash.

If it were that type of show, though, it might not have been picked as the first Broadway musical to be streamed into our homes. Contractual and union issues have always made it hard to record big hit shows in the theatre, at least legally. Shortly after the She Loves Me announcement, writer and actor Lin-Manuel Miranda confirmed that Hamilton will be taped before he leaves the show, but that they haven’t yet arranged to broadcast it: “What are we doing with that footage? No idea,” he tweeted. Some clips will be used in a PBS documentary about the making of Hamilton, but it might be a long time before we get to see the whole show outside the theatre.

A smaller show like She Loves Me may not have as many problems to iron out. BroadwayHD chose it in part because it’s a limited-run production set to close July 10, which means the producers aren’t worried that a broadcast could hurt ticket sales.

And though the process will be complicated—the New York Times reported that it will require “nine or 10 cameras”—the small scale and intimacy might come off well on small screens.

There’s precedent for a new medium turning a show’s fortunes around: one of the first musicals to be broadcast live on television in the 1950s was Peter Pan, which had a short Broadway run but turned into a perennial favourite thanks to TV.

The streaming of She Loves Me might not have the same impact, but it could at least raise its profile. On Broadway, it had trouble competing: Colby says it “had the misfortune of being overshadowed by such large-scale smashes as Hello, Dolly! and Funny Girl.” But who knows what will happen now it has a medium all to itself.

FILED UNDER: Broadway Editor's Picks Musical She Loves Me