In this excerpt from his memoir, We Were Dreamers, actor Simu Liu shares how he ditched his gig at Deloitte for a wildly successful acting career. 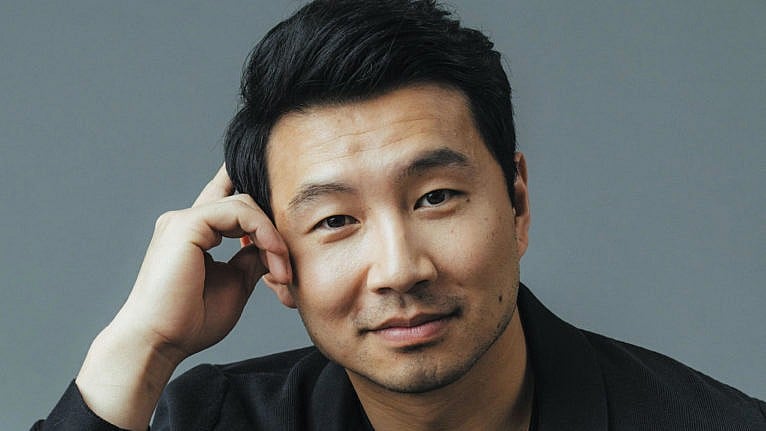 Whether hitting the red carpet for the premiere of Brad Pitt’s Bullet Train, licking a frozen maggot to life on Running Wild With Bear Grylls, or teasing fans with hints about Shang-Chi’s future in the Marvel Cinematic Universe, Simu Liu remains one of the most newsworthy Canadian celebrities alive. His recent memoir, We Were Dreamers, tells an intense story— under a lighthearted and often very funny surface narrative—about the Asian immigrant experience in Canada, especially intergenerational tensions. What Liu wanted for himself was to perform and to see himself and other Asian actors as the leads in their own stories; what his parents wanted and expected was something, virtually anything, light years away from such a precarious livelihood. It was one thing for Liu to bluff his way through business school, but by March 2012, seven months after he’d graduated and landed a parent-approved accounting job at Deloitte, he began to find life unbearable. —Brian Bethune

While I was caught in the midst of my downward spiral, I’d occasionally see a post or two from acquaintances in the tricking community and almost die of envy. Many of the people who trained in the same sprung-floor gyms as me years ago were now professional stuntmen, having worked in the film industry for years. I’d pore through their demo footage in my spare time, imagining myself working on a real-life Hollywood film set. If you had asked me then, I’d have told you dead-ass to your face that my dream was to be that one Asian guy that says one line and then gets shot. Those guys were living out their best lives, while I was watching the seconds of my life tick away as I was confined to a job I despised.

More than anyone else, I idolized Chris Mark, a prodigious young martial artist and gymnast who had lent his talents to films like The Hunger Games, Suicide Squad, Scott Pilgrim vs. The World, and pretty much any action movie or TV show that ever shot in Toronto. This guy could do everything from superfast fight choreography to weapons to acrobatics and wirework. To me, he was an absolute god, whose career was so far out of the reach of mortals like me that I need not even try. I fantasized about getting punched in the face on-screen, or thrown down a flight of stairs, or being blown up in a massive explosion.

Desperate for even a small taste of show business while lacking even the slightest clue as to how I’d navigate there, I started browsing the ads section of Craigslist.

Now I know what you’re thinking and yes, there were a lot of sketchy postings on “talent.” I wouldn’t recommend touching Craigslist with a 20-foot pole today, especially if you’re a woman—I was just impatient and highly, highly stupid. I really didn’t know what I was looking for until I found it one day, wedged between casting calls for a busty adult film actress and (I’m not joking) a model for a seminude mud-wrestling photo shoot: ASIAN EXTRAS NEEDED FOR HOLLYWOOD FILM.

What did I have to lose? I replied with a shirtless pic (just trying to put my best foot forward, guys) and received a response from a woman at Extras Casting Toronto almost immediately; I had been cast in the movie codenamed Still Seas.

The rush that I felt from opening this email was more profound than anything I had experienced in my entire academic and professional life. I couldn’t believe it; I was going to be in a movie!  I had cross-referenced the casting agency’s name and email online, and everything appeared to be legit. Just to be safe, I convinced [my friend] Jason to come along as well—it’s fitting that seven years later he would be the first one I’d call after finding out I booked the role of Shang-Chi.

“There’s just one thing,” the agent said to me over the phone. “Your shoot dates are during the week; if you have a regular job, you’re going to have to make arrangements. Is that okay?”

“Thank you for the opportunity, but I’m going to have to decline,” I responded. “I have a full-time job in a field I am deeply passionate about, and I wouldn’t want to jeopardize that for the chance to be on a real movie set.”

Ha. Just kidding. I told her no problem, and that I’d fake an illness.

When Jason and I arrived on set for our first day of shooting, bleary eyed at four in the morning, we quickly realized that Still Seas was actually Pacific Rim, a massive Guillermo del Toro blockbuster where gigantic human-piloted robots called jaegers fought equally massive monsters known as kaiju. In our scene, a kaiju had just exploded over Hong Kong and covered the area in its blue blood; thus, we needed to be spray-painted head to toe with layers of blue and black for dirt.

Toronto was freezing in March—I distinctly remember the feeling of the ice-cold paint being sprayed across my nipples as I shivered in our holding tent, thinking that this was the single coolest thing I’d ever done.

The crew of the film had built an entire façade of a Hong Kong street that had been decimated by a monster attack, and fit it inside a hangar-size soundstage. I took my spot among the 200 other Asian smurfs who had answered the call of Craig, my eyes drinking in every little detail of the scenery. The level of detail was astonishing, from the authentic HK storefronts to the drops of blood on the individual pieces of rubble on the ground. As I looked around me, I saw people I’d later learn were grips, gaffers, camera assistants, assistant directors and sound engineers, all full of vibrant energy and purpose. Everybody was so engaged in what they were doing, like they actually wanted to be there. Take after take, no matter where the camera was, we’d do our best to try and sneak into the shot and make it into the movie.

Before that day, I had never understood what “do work that you love and you’ll never work a day in your life” meant. We were paid minimum wage for our work, less than half of my hourly rate at Deloitte. Of course, that didn’t matter—hell, I would have paid for the opportunity. After a grueling 14-hour day, still covered in spray paint, Jason and I got on the bus and waited eagerly for our next shoot day, as if we hadn’t worked a single second.

Excerpted from We Were Dreamers: An Immigrant Superhero Origin Story by Simu Liu ©2022. Published by HarperCollins Publishers Ltd. All rights reserved. 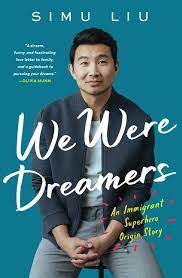