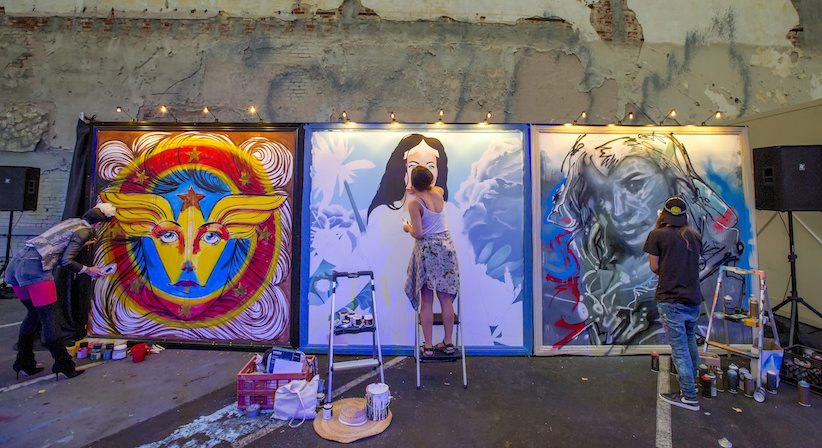 Eighth season of The Vampire Diaries will be its last

The eighth season of “The Vampire Diaries” will be the supernatural series’ final entry.

The cast and crew of the CW show announced Saturday at San Diego Comic-Con International that the forthcoming season will be its last.

“We’re all going to be crying in a minute,” Plec said. “It’s been a beautiful run.”

The adaptation of the book series debuted in 2009 and centred on the spooky happenings in the fictional town of Mystic Falls, Virginia. The eighth and final season will premiere Oct. 21.

Oscar winner Brie Larson has a new title to add to her resume: Superhero.

Disney and Marvel announced Saturday at Comic-Con that Larson will star in “Captain Marvel” as the butt-kicking air force pilot Carol Danvers who gets special powers after an alien encounter. “Captain Marvel” will be the first film in the Marvel Cinematic Universe to centre on a female character. The film is scheduled for release in March of 2019.

The original star of the “Alien” film franchise says she’s hopeful about reprising her role as tough-as-nails survivor Ellen Ripley in another sequel.

Weaver told the Comic-Con crowd during a Saturday panel celebrating the 30th anniversary of the sci-fi sequel “Aliens” that “District 9” filmmaker Neill Blomkamp pitched her an idea for another installment when they were working together on his 2015 film “Chappie.”

Weaver last portrayed Ripley on screen in the 1997 sequel “Alien Resurrection,” the fourth film in the series that ended with a clone of Ripley arriving on Earth. (The original Ripley sacrificed herself at the conclusion of 1992’s “Aliens 3.”)

Guardians of the Galaxy ride is in the works

Next summer the “Guardians of the Galaxy” are taking over theatres and Disneyland.

Marvel Studios chief Kevin Feige announced Saturday at Comic-Con that a Guardians of the Galaxy ride, Mission Breakout, is in the works. It will take over what is currently the Tower of Terror at Disneyland starting next summer in conjunction with the release of the sequel.

Pratt, reprising his role as

Next in the Star Trek franchise: Star Trek: Discovery

The next chapter of the “Star Trek” franchise will be called “Star Trek: Discovery.” The title and footage of the starship Discovery were teased at the end of a Comic-Con panel Saturday celebrating the series’ 50th anniversary with actors from every previous “Trek” series.

SAN DIEGO — “Spider-Man: Homecoming” is just 10 days into its shoot, but audiences at Comic-Con have already seen a first look at the film. Marvel Studios unveiled initial footage from the film Saturday evening, showing star Tom Holland as Peter Parker in the latest big screen reboot of the web-slinger.

Director Jon Watts said “Homecoming” is simply a high school movie. Moderator Chris Hardwick added that it has some John Hughes vibes to it.

It’s the first modern “Spider-Man” movie to be done with the supervision of Marvel Studios. It’s being co-produced by Sony Pictures.