So it's come to this: The Bachelor Canada women tell all

I think we learned a lot tonight, not the least of which was—apparently—why Natalie spoke in such strikingly perfect English. And while the group catharsis on Lisa (or, at her, in this case) was fairly compelling, it was the discussion about Natalie’s return, and her motivations for coming back, that had me most interested.

For the record, the reasoning Natalie gave during The Bachelor Canada: Women Tell All episode for her precise diction was that, while she tried to be herself, she equally wanted to “be [her] best self.” So, she said, “I didn’t want to swear, I didn’t want to do anything that could possibly, uh, jeopardize my profession.”

It was at this point Lisa cut her off. “But that’s not being real,” she accused. It sounded like a valid point.

Jenny didn’t give us much time to consider it, though. “I’m sorry, but your best self wouldn’t come back and try to play with these girls’ relationships,” she said definitively. For this was indeed what Natalie had claimed moments before. “I knew for sure Tim was not into me, but I came back to stir the pot,” Natalie had revealed, to gasps from her fellow bachelorettes and the live studio audience.

There remains, I think, probably a lot of doubt as to whether that was true, or whether, as Sachelle later guessed, it was a fabrication—just the story Natalie’s damaged ego created for her in the wake of what was apparently a stunning rejection. I’d be happy with assuming it was a little of both.

But where were we? Oh yes: Lisa’s charge about Natalie’s realness; that there’d been a lack of reality from this reality-show contestant.

Is there anything wrong with self-editing on The Bachelor Canada? Is there something fundamentally misleading about not swearing and, instead, presenting yourself in such a way that you won’t get fired when the show airs? Isn’t that just smart life management? Don’t we all watch ourselves in certain situations, keep ourselves in check, or maintain a level of decorum?

And I don’t mean at a work function. I mean at your grandparents’ house. I mean on Facebook. I mean all the time.

In other words, what was it about Natalie’s actions—the watchful glance she apparently threw upon herself—that was not “real,” as Lisa alleged?

Even Kaylynn mentioned that word: real. “My emotions and everything that happened really took me by surprise,” she told our sometimes-host, Tyler. “Because, in my real life, I’m actually not like that.”

Where does reality end and reality begin? For Lisa, reality was to be presented on screen. For Kaylynn, it was not. For Natalie, whatever happened was just a more performed version of her reality. Forgive me for being confused about what we’re watching here.

One more thing. After Jenny had added her two scolding cents, April Borgnetta chimed in. “You don’t meddle with other people’s relationships. If you’re doing it for yourself to get more air time, you’re on the wrong show,” she breathed, her sentences folding into one another.

Of all the people to practically nail the issue on the head, I would not have suspected April Borgnetta, even if I disagree completely.

When you’re on a TV show that has as its central premise a competition among 25 women for the love of one man, it seems entirely reasonable not only to demand more time on-screen, but that the contestants would, y’know, compete.

That’s the reality of the situation, as far as I’m concerned.

I’m not a big fan of tell-all episodes, on any reality series. They kill the momentum, and can generally be summed up as: an hour of your life you’ll never get back.

But I can understand the tell-all draw from one perspective: the contestants’. This is their one chance to change the narrative, to put their own spin on what happened. So, on Tuesday night, whose stock went up and whose went down?

Ironically, after putting her best face forward for months, I thought Natalie came off the worst in this episode. Colin, I agree with you that Natalie’s conscious effort to behave around the cameras wasn’t so much a sin as a smart life decision. Frankly, I wonder if the reason it enraged Lisa is that she’s jealous she didn’t do the same thing.

But, more than that, I’m wondering why on Earth Natalie decided to recast herself as a villain—in her very last appearance!—with a new explanation for her return to the show after walking away in the Bahamas. I don’t buy that she did it to stir the pot, to see everyone’s faces when she knocked on the door. Most of the bachelorettes didn’t buy that version of events, either. It was a decidedly weird move, one that maybe only makes sense to you if you’ve just had your heart broken on a reality show.

“Not many people get to see their most volatile and emotional moments played back for them on television,” host Tyler Harcott (he’s back!) observed at one point on Tuesday night.

Surprisingly, I thought Lisa came off the best in this episode. She did exactly what she needed to do to redeem herself (even just a bit) in viewers’ eyes: She apologized directly to Tim for “disrespecting you in Italy.”

Then, she admitted, “I can be nasty,” and indicated that, after watching herself on the show, she was prepared to change her behaviour. I have no idea whether she was being genuine or not—but you’d have to hope so, after all the grief she gave Natalie.

Aaron, what did you get out of this hour-long confessional? Did you gain any insight, or are you inclined, as Lisa suggested, to blame everything “on the liquor”?

I’d agree that Lisa basically succeeded in handling a hostile situation as well as it could have been handled. She appealed to humanity, she conceded fault, she made it difficult for her opponents to sustain an attack. She only really stumbled when she decided to debate the precise parameters of what it is to speak behind someone’s back. 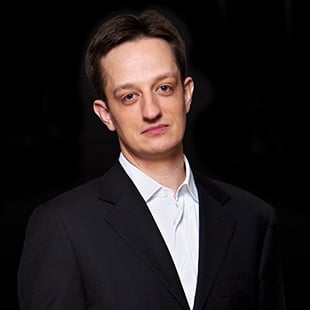 Then she apologized to Tim for kissing the bartender in Italy, although Tim then pointed out that that really came down to trust.

I still want to believe that kissing the bartender in Italy was a great moment for female equality, by the way.

I thought Tim ended up doing fairly well himself. Or, at least, he has very good posture; dude really sits up straight when he’s seated on stage. If he were running for president of The Bachelor Canada, I would probably vote for him.

All of this, though, is basically one last look at the other ladies before Tim completes his Journey™ next week. Luckily, this means new drama. Tim has a ring! His mom has opinions! April has doubts! Is there a happy ending here somewhere?

Presumably, there is. I think there almost always is, at least, so far as the TV show is concerned. Then—for all the concerns about being “real” on a TV show—everyone goes back to actual real life.

FILED UNDER: bachelor The Bachelor Canada