The two worlds of Svetlana Lunkina

From the archives: The Bolshoi ballerina, dancing this season with the National Ballet, explains what she's doing with an unused return ticket to Moscow 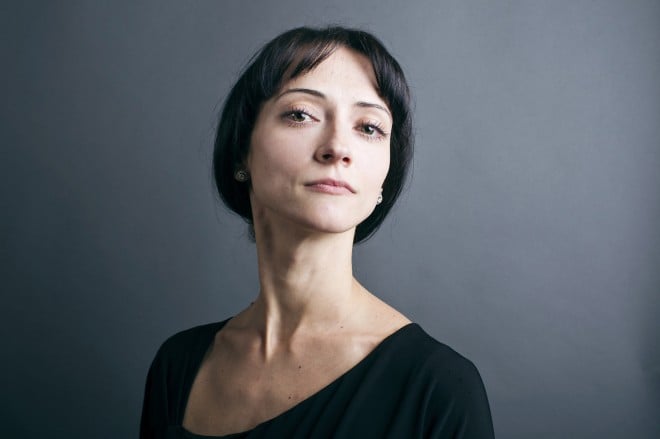 Svetlana Lunkina, a former Bolshoi prima ballerina, will soon return to a different stage as a principal featured guest with the National Ballet of Canada.

The dancer’s decision to take leave from the Bolshoi came as the legendary ballet troupe made headlines over an acid attack on its artistic director. But Lunkina’s move to Canada was no simple defection.

The following story was first published on Macleans.ca February 8, 2013:

The two worlds that Svetlana Lunkina lives and works in do not jibe very well these days. A prima ballerina at the peak of her career at the legendary Bolshoi Ballet in Moscow, her life there has become increasingly scarred with wild and unproven criminal accusations about her husband and a savage attack on her artistic director.

Her domestic life in Canada, on the other hand, is almost picture perfect, with a dream house in bucolic Kleinberg, Ont., just outside Toronto, two young children whom she describes as embodying “the essence of my life,” and a quiet career of part-time teaching. The only connecting point between the two lives, it seems, is the miserably cold weather in both places, although Lunkina maintains, “the cold in Kleinberg is better than the cold in Moscow.”

Beyond the surface, the story is infinitely more complicated than a lot of stories that have recently appeared, some of which claim she is “defecting” to Canada because of the troubles back home. In fact, Lunkina is still a star of the Bolshoi, on leave, and is still listed on the company’s roster of top dancers. And unlike the famous Russian defectors of the old Communist Soviet Union, she has not had to escape from behind the Iron Curtain. She can go back and forth at will and has maintained a home in Canada for nearly a decade.

So why the defection stories and why, at 33, isn’t she dancing up a storm on the main stage of the Bolshoi theatre? The short answer is the one she has given everyone recently: she’s scared. The long answer is that she has become convinced that the threats to her and her family back in her country have become so glaring and ominous that the word “defection” has taken on a newly minted meaning, which defines a condition in Mother Russia rather than an action taken by her.

So, yes, a defection connected to Russia is in the news again. Not the dramatic “leap” by Rudolf Nureyev in 1961, or the tour en l’air by Natalia Makarova in 1970, or the jeté by Mikhail Baryshnikov in 1974. Thugs, acid attacks and accusations of money laundering in capitalistic Russia have replaced yesterday’s Bondian ballet tales in the Communist Soviet Union. The leap to freedom—or, more aptly, to peace of mind—is symbolized by an unused return ticket to Moscow. Svetlana Lunkina wants to stay in the true north, strong and free, and Canada is the net winner.

In a long interview this week about her life and career, the only time she frowned and seemed vexed was while discussing the travails of her husband and the related threats to her career and perhaps personal safety. That husband is Vladislav Moskalyev, 50, who immigrated to Canada over 20 years ago to join his younger brother, Andrei, who had arrived earlier. Moskalyev built up a successful business as an entrepreneur and impresario—particularly of international ballet galas, which is how the couple first met a decade ago when Lunkina danced in one of them. He had most recently become involved in film production with a Russian partner, Vladimir Vinokur, who is well-known as a comedian and actor. Together they were going to produce a film about the Russian ballet during czarist times, but the deal fell through and Vinokur, who declined to be interviewed, is now suing Moskalyev for nearly $4 million.

It is, to be sure, a business fallout of serious proportions, but it has come with wild accusations of money laundering by Lunkina herself, charges that have now been completely withdrawn. Along the way, Lunkina’s professional integrity was sullied by a series of absurd accusatory letters to various European ballet companies. Then came the vicious attack on the Bolshoi’s artistic director, Sergei Filin, who was badly burned when a masked assailant threw sulphuric acid in his face on Jan. 17. The only connection Lunkina makes between her husband’s troubles and the acid attack is timing: enough was enough. She did not feel safe in Russia, so she has extended her leave of absence, with the Bolshoi’s permission.

It should not have been like this. Lunkina is an “Honoured Artist of the Russian Federation”—the highest title a performing artist can achieve there. From an early age, she was spotted as a likely star and groomed for that stardom as only the unrelenting ballet system in Russia knows how—from czarist times through Communist regimes and right to the present day. “I was lucky in my family and in nature, I guess,” she says through an interpreter. She understands a lot of English and text-messages brilliantly, but in interviews she prefers to talk through a translator. The middle of three girls, her father is the printer and publisher of a scientific journal. The older sister is a pentathlon athlete and the “baby sister” is, like her, a ballet dancer in the Bolshoi.

“My sisters and I get along very well. My younger sister became a dancer because I was a dancer, and at first I wanted to be an athlete like my older sister. The closeness had a lot to do with the way my mother brought us up. She had a system for discipline that was rough but seemed to work well with us. If any of us misbehaved, and it didn’t matter which sister was guilty, we all had to take the consequences. Believe me, we formed alliances and pacts very naturally. Very quickly, too.

“And from my mother, I had other gifts. The gifts of nature. You may laugh when you learn that she was trained at the circus academy in Moscow. She was trained to be the ‘snake lady’ who could twist in all directions, but she never got to join a circus after she graduated. Instead, she met my father and had us girls and then stayed at home to be with us. We are so grateful to her.”

Like ballet, the circus is a big deal in Russia and has been for centuries. The “snake lady”—or contortionist—is a specialty reserved for young bodies of extra-special flexibility, with limbs and bones that can do extraordinary things. That is precisely one of the great gifts Lunkina is noted for on the stage. Through role after role—and she has danced most of the Russian classical repertoire to huge acclaim—it is her “plasticity” that is noted frequently. This is the quality that was coaxed out and developed through the intense relationship she had with her great mentor and teacher, the fabled Russian prima ballerina assoluta, Ekaterina Maximova.

To try and fully appreciate the depth of passion for ballet in Russia, a Canadian parallel that comes to mind is hockey (which also feeds its own special brand of superstars, violence and pedants who can cite statistics lost in the mists of time). Maximova was like an athlete’s personal coach and she wielded great power, for good, over Lunkina, just as she—Maximova—had been coached and mentored by an earlier superstar, Galina Ulanova. In ballet terms, these artistic successions are practically apostolic in their significance and mysticism—to balletomanes, at any rate.

“Eketerina was my second mother,” Lunkina says. “I trusted her absolutely, even when I was halfway through learning an important new role and she would take me aside and say, ‘My dear, we are going to give it a pass for now as you are not quite ready.’ It was hard, sometimes very hard. But I trusted her and I do not believe she ever led me a wrong way. Much of what I am today is thanks to this second mother.”

Maximova died four years ago and her passing was acknowledged internationally with outsize praise and huge regret. In Canada, she would be remembered vividly by those who saw her dance the role of Tatiana with Rex Harrington in the National Ballet of Canada’s production of Eugene Onegin. And now her artistic heir, Lunkina—in a direct line of artistic inheritance stretching back to the origins of the imperial ballet of Russia—is in Canada. Virtually all the leading classical and many of the contemporary roles of the legendary Bolshoi repertoire are part of her own repertoire and the question is left begging: who will be smart enough to get her on stage first?

Lunkina declines to be drawn into a discussion on her immediate future. She is still on leave. She does a bit of teaching and does daily practice at the ballet barre because if she doesn’t, her body will soon rebel at the demands of her art. It surely cannot be too long before the demand—and intense curiosity—to see her perform among us becomes a reality.

Still, the moment I mentioned Karen Kain, artistic director of the National Ballet, as well as those famous companies in New York City (American Ballet Theatre and the New York City Ballet), she just smiles and says she was not putting out an advertising sign. She says she agreed to this interview for Maclean’s because she had seen so many bizarre stories about her circumstances and wanted a chance to explain herself and her situation more fully. “Of course I want to dance,” she says. “Dancers want to dance. Dancers need to dance. But I also live for my children and my home with my husband. We have a wonderful house in Kleinberg and my two children, who were born in Canada and go to wonderful schools here, are so happy. My son tells everyone when asked, ‘I am Canadian’. In Moscow we had just a small apartment and, while I do not want to be critical of my homeland, let me say that Canada is a country I can see my children thriving in without fear, without me having fear for them, without me fearing for my husband’s situation.”

Moskalyov clearly adores her. When he brought her to the interview earlier this week, he would not sit in because he did not want to complicate her story with his own challenges in the legal battles between himself and his former partner. He too has had to face threats, but he is not frightened to go back. He was in Russia just a few months ago and he has various projects on the go there.

Nevertheless, the acid attack on the Bolshoi’s artistic director expanded the framework of danger, even if the attacker remains unknown and the motive shrouded. A recent article in the Independent newspaper in London quoted the general director of the Bolshoi, Anatoly Iksanov, as saying that “an unhealthy atmosphere” had invaded the legendary company and that “evil” was lurking in the wings. Former company members cite Iksanov himself as the source of some of that evil, and the whole Bolshoi “conversation”—like the troubles between Lunkina’s husband and his former partner—has taken on something of the tone of a revenge drama.

All this adds up to the reason this beautiful ballerina, who is among the greatest dancers of our time, finds Kleinberg, Ont., of all places, a demi-paradise and safe haven, a place to find a second breath in the wings before returning to centre stage.