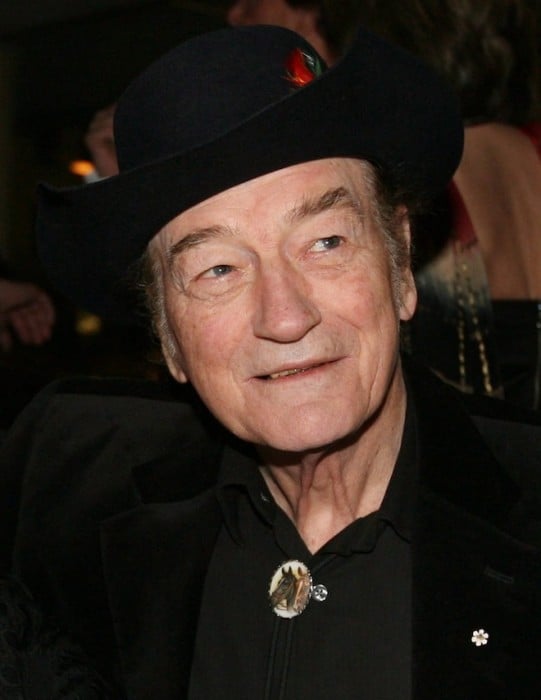 Stompin’ Tom Connors, who died yesterday at age 77, was a larger-than-life Canadian icon—there is no questioning that. But as with many legends, most of what we know is caricature, cartoonish, parochial and, yes, occasionally puerile. Few of us know the depth of the man known for writing some silly songs that soundtrack a map of Canada. Stompin’ Tom was—is—a DIY icon, a national poet, more punk rock than 99 per cent of musicians using that term, and the man who loved this country more than any politician ever could, more than any fellow artist ever did.

Stompin’ Tom came of age after Canada’s centennial, shortly after we finally got our own flag. It was a time when anything seemed possible—primarily because nothing was before that (as the 1951 Massey Commission took pains to point out). We were just discovering our literary voice. Our folk and rock musicians were making serious indents in the U.S.—though often not sticking around to lift up those next in line. We were just starting to make our own films. (Tom’s To It and At It scored a key sequence in the SCTV parody of 1970’s Goin’ Down the Road, where wide-eyed Maritimers walk down Toronto’s Yonge Street.)

The saddest thing about the accolades that will pour in this week is that they will all mention The Hockey Song, Bud the Spud and Sudbury Saturday Night in the opening paragraph. It’s hard not to. Those songs are part of the Canadian cultural fabric, none more so than The Hockey Song, which since the ’90s has been the rare arena anthem at NHL games that isn’t either classic rock or techno. That’s a shame—anyone could have written the nursery rhyme that is The Hockey Song, though it says something that no one bothered to until Stompin’ Tom did. (It doesn’t really fit Gordon Lightfoot’s job description—Raffi’s, maybe.) But no one else could ever have written a song like Tillsonburg, Big Joe Mufferaw, The Bridge Came Tumblin’ Down or The Old Atlantic Shore.

What’s not often said is that in a country cursed with cultural amnesia, Stompin’ Tom was almost forgotten entirely. By 1977, he was packing arenas and selling truckloads of records out of the tiny office that housed his own label. But one day he packed up his Junos in a box, sent them back, and told the press he was disgusted at how this country treats its artists. He told the Canadian music industry to piss up a rope. Then he disappeared. No one knew where he went.

Two people went looking for him. One was a young writer named Dave Bidini, who played in a band called the Rheostatics. He tracked him down through sheer persistence and crashed Tom’s 50th birthday party in Ballinafad, Ont., and wrote about it for Toronto’s Nerve magazine. The other champion was Deane Cameron of EMI Records, who vowed that if Tom ever emerged, he would be signed to EMI. The final catalyst was a lesbian cowpunk from Consort, Alta.: Tom was inspired by the powerhouse of a young singer, who had invited him to perform on her first CBC TV special, and for whom he wrote a song on his 1989 comeback album: “Lady k.d. lang.” (Her official statement today: “Stompin’ Tom was dedicated to documenting life in Canada in a way that was unapologetic, uncontrived and uncompromisingly Canadian. We owe him our pride and respect.”)

Stompin’ Tom Connors knew a country without culture does not exist. A country that doesn’t know how to tell its own stories is illiterate and irrelevant—it doesn’t matter whether that means silly songs about potatoes or sweeping historical novels. This man knew that this land was rich with lore, teeming with heroes and weirdos and folks just trying to get by. And while his peers were chasing a buck beyond our borders, someone had to stay here, dammit, and make sure the rest of us—those still living here, still building this place, still raising children here—had some songs to sing.

For the true essence of Stompin’ Tom, look not to The Hockey Song, but to a track from the final album of his ’70s heyday, 1977’s At the Gumboot Cloggeroo. It’s titled simply, The Singer. And there is no finer epitaph for the man.

Here is Connors with k.d. lang on her ’80s CBC special:

And here is his entire movie: