The Canadian-born TV icon, dead at 80, brought reserve and arch humour to Jeopardy!, making the show an institution 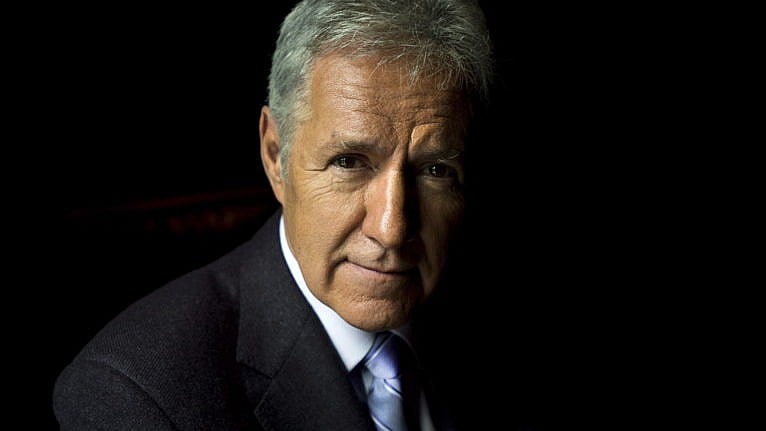 It’s hard to remember now, but the stereotype of a game show host used to be pretty much the exact opposite of Alex Trebek. Hosts were supposed to be relentlessly cheerful and warm in a fake show business way, like Guy Smiley on Sesame Street. Art Fleming, the host of a well-regarded game show called Jeopardy!, “allowed himself to openly get emotionally invested in the game,” says game show historian Adam Nedeff. Then, in 1984, a Canadian expatriate started hosting a syndicated revival of Jeopardy! Alex Trebek made the show his own and stuck with it, getting into the Guinness Book of World Records for hosting the most episodes of a single game show. During this immensely long run, he became known for qualities that weren’t associated with men who gave out fabulous prizes: his reserve, his emotional coolness, his biting humour at the expense of people who played poorly. Odd, then, that when he announced that he had been diagnosed with pancreatic cancer, there was an outpouring of love from his public. He didn’t try to act like he loved us, and we loved him for it.

“Alex Trebek, to me, was the professor of the class that you absolutely needed to pass,” says Nedeff, author of Game Shows FAQ: All That’s Left to Know About the Pioneers, the Scandals, the Hosts and the Jackpots. “He greeted those contestants briefly and semi-formally and then started grilling them for 30 minutes. He told them that they’re wrong. Sometimes he went a step further and corrected them—‘No, no, not Green Gables, it’s Seven Gables’ or something to that effect.” Trebek himself told an interviewer in 1991 that he was “not all that interested in individual contestants”—unlike most TV hosts, he couldn’t even pretend to be fascinated by the scores of interchangeable people who showed up in his studio. His attitude became even more central to the show after 2003, when the producers changed the rules to allow winners to stay on the show indefinitely instead of limiting them to five days. This allowed us to watch his reactions to long-running star contestants, most recently the 32-time champion James Holzhauer: when the end of his winning streak caused Trebek to say, “What a game! Oh, my gosh!” it was international news that he had actually lost his cool.

None of this was exactly inherent to the man, at least to the extent that we know what the man was like. And he didn’t want us to know too much. He occasionally talked about being born and raised in Sudbury, Ont., or his wife Jean and his two children (an earlier marriage, to another Canadian TV host, ended before Jeopardy! made him a superstar), or his hobbies of home renovation and construction, or the years when he tried breeding racehorses because he bought a horse farm and didn’t know what else to do with it. But most of what he talked about was his interest in broadcasting: he’d wanted to do that since he was young. So in 1961, fresh from the University of Ottawa, he joined the CBC, where, as he told the public broadcaster in 2018, he “did everything, at one time replacing every announcer in every possible job.” 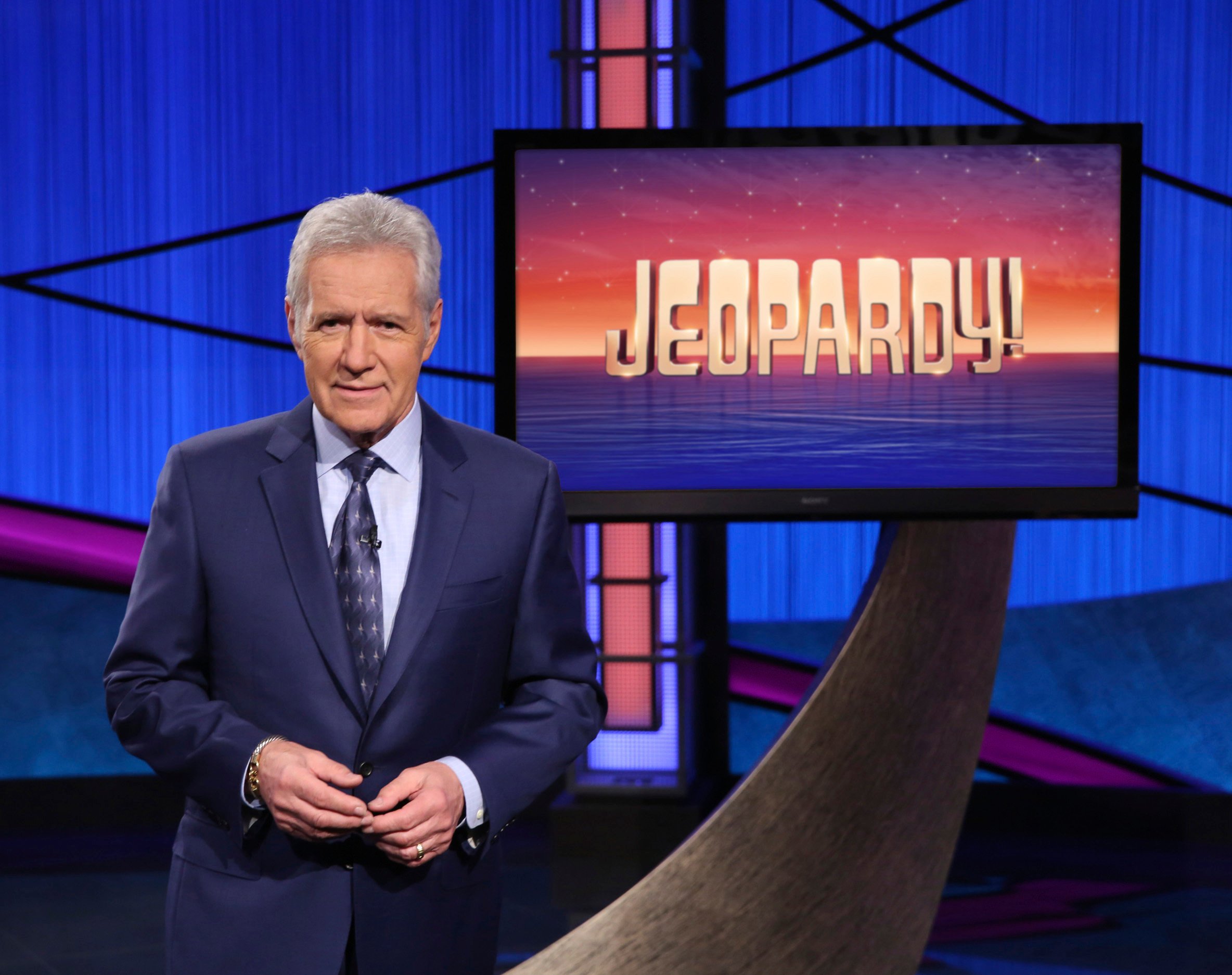 Trebek on the set of the show that made him a household name. (Jeopardy! via AP)

While his goal at the time was to become a leading news announcer, Trebek knew that to be valuable to the CBC, he would need to be a versatile performer,  able to read his copy and talk to his guests in a manner that was appropriate to the show. For the dance-pop show Music Hop, he became Canada’s answer to Dick Clark, wearing cardigans and acting like an old person’s idea of someone who knows what young people like. When he read news, he took on the deep, authoritative tones that all serious newsmen were expected to have, while on his first game show, Reach For the Top, he tried to sound more exciting but not too exciting. This was, after all, a Canadian game show with very smart high school students as guests.

Producer Burt Sugarman (The Midnight Special) was impressed enough to bring Trebek to the U.S. to host a show called The Wizard of Odds, and Trebek continued changing with the format—not to mention abandoning the severe CBC haircut for a memorable Afro and gigantic moustache. On a show called High Rollers, which had a cheesy Las Vegas atmosphere, complete with a huge dice table, Trebek hosted “with a smirk on his face, kidded the contestants, and had fun with it,” Nedeff says. On a revival of The $64,000 Question (renamed The $128,000 Question due to 1970s inflation), Trebek took the proceedings more seriously and played up the suspense created by the high-stakes questions.

Even after he became world-famous, Trebek could be someone slightly different if the assignment called for it. Steve Ryan, author of The Encyclopedia of TV Game Shows, recalls creating all the puzzles for Trebek’s Classic Concentration from 1987 to 1991, where the host retained his sophisticated Jeopardy! persona but was “flexible enough to add that playful element that was necessary to a game like Classic Concentration.” It was a tribute to his skill that he could make us think that Jeopardy! was just him being himself.

The show also sometimes seemed like a tribute to Trebek’s old-school CBC training, and his onetime desire to go into news. Most game shows from the 1980s on were loud and openly frivolous: Wheel of Fortune, which had the same creator as Jeopardy! and was its frequent time-slot companion, featured a sexy co-hostess and a gaudy, multi-coloured wheel that rewarded players based on random chance. Jeopardy! was what critic Dwight MacDonald called “midcult,” something that isn’t highbrow but appeals to people who want to be one step above the lowbrows. It was a show where people could succeed by reading a lot and thinking up the right strategy for choosing questions—and Trebek could be withering toward  people who didn’t come prepared, like a teacher admonishing students for not doing their homework.

He sometimes talked about the possibility of doing more serious broadcasting work, and occasionally tried it, not always successfully. In 2018, Trebek tried his hand at moderating a political debate between the candidates for governor of Pennsylvania, and decided that he would add some of his trademark humour and generally talk to the candidates the way he talked to Jeopardy! contestants. The Philadelphia Inquirer headline two days later, “Alex Trebek apologizes for his performance as moderator of Pa. Gov. debate,” summed up how that went.

But in the studio, in his own domain, he represented accessible sophistication, which is why he was worth every cent of the $16.5 million Forbes magazine estimated he was getting near the end of his run. In an era when hard news and culture were disappearing from mainstream television, Trebek made his show the place where you could at least get the spirit of news, and some questions about culture.

But Jeopardy! under Trebek wasn’t just a classroom for couch potatoes. Every so often, he would drop the reserved manner and give some approval to his contestants, and those moments made a much greater impression than they ever did coming from more emotive game show hosts. Nedeff says that when a contestant got one of the high-paying Daily Double questions right, Trebek would soften a little, give some approbation, and contestants would feel “the way you felt when your toughest professor returned your essay with an A on it.”

Thus did Trebek become a host with a quality rare on television, much less on game shows: when he ventured opinion or sentiment, sparing though it might have been, we felt like he meant it. Did he? We’ll never know—and that’s what made him great.