The reality show works to define itself as an identity-building institution, as one team struggles with our second language 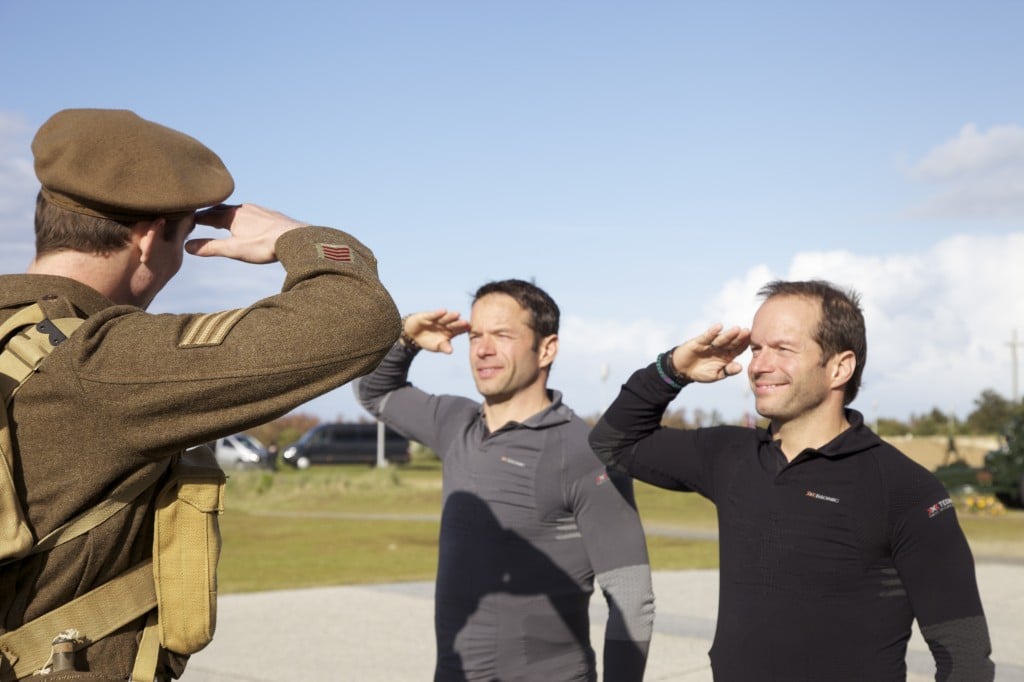 Hands up if you thought The Amazing Race Canada’s foray into France this week was going to feature escargot, translation trip-ups, and laps at Le Mans.

Instead, the teams raced to Normandy, where the climax of the show was an emotional visit to the Bény-sur-Mer Canadian War Cemetery, the final resting place of more than 2,000 Canadian soldiers.

“We just completely forgot about the race at that moment,” Jinder said.

It’s a surprising take on France – closer to a Heritage Minute than a competitive reality show. But it’s consistent with something The Amazing Race has been doing all along: positioning itself as a Canadian institution. You see that in the casting of Canadian icons like Rex Harrington and in the challenges, like scoring goals at the Winnipeg Jets’ stadium and searching for maple syrup in Hong Kong.

The last standing all-female team successfully distilled apple brandy to exactly 40-per-cent alcohol, pieced together a historic event at a museum, and land-sailed on the beach, reaching the pit stop ahead of their fellow frontrunners, twins Pierre and Michel. (Which one is which? Two teams confessed this week to not knowing, and neither do I.)

When they first learned they were France-bound, Mickey and Pete worried (well, as much as hippie bros can worry) that they don’t speak any French. Surprisingly, the ability to speak the language played no role in the results — but being able to French braid did. Mickey and Pete finished third, helped along by Mickey’s surprise adeptness at French braiding a horse’s mane.

To really hammer home how little language mattered: Sukhi and Jinder took fourth place, even though Jinder thought that the translation for “please” in French was “por favor.” Francophones Alain and Audrey trailed them in fifth place.

The roads were the biggest stumbling block in France.

“When the arrow points that way, does it mean that way?” asked Ryan, pointing in another direction.

Ryan and his co-worker Rob got lost on this leg. A lot. At one point, they took two hours to travel a five-minute distance. You know you’re doing badly when Sukhi and Jinder are less turned around than you.

But they took it in stride.

Ryan joked, “If Ryan and Rob had a French travel show it would be called Getting Lost and Hating Yourself.”

“Or, taking the Long Way in France with Ryan and Rob,” Rob added.

But it was their lucky day: when the lost boys finally reached the pit stop on Juno Beach, Jon Montgomery told them Normandy was a non-elimination round.

This seemed only fair — after all, Ryan had helped Pete complete the challenge at the distillery, helping to pull him and Mickey out of last place.

All six teams are still in this, and headed to Paris next week.

The most important questions going forward is: Where’s the U-Turn? Last season, this game-changing element wreaked havoc in the fifth leg of the race. We haven’t seen it yet this summer, even as teams head into their eighth leg.

But one thing we can pretty sure of: with two non-elimination rounds complete, every episode going forward will be sending one team home.