Best of Netflix Canada in February: The two things you should watch this month

What should you watch from the long list of TV shows and movies arriving or departing from Netflix Canada in February 2019? Our critics make their picks (plus a bonus for HBO Canada watchers) 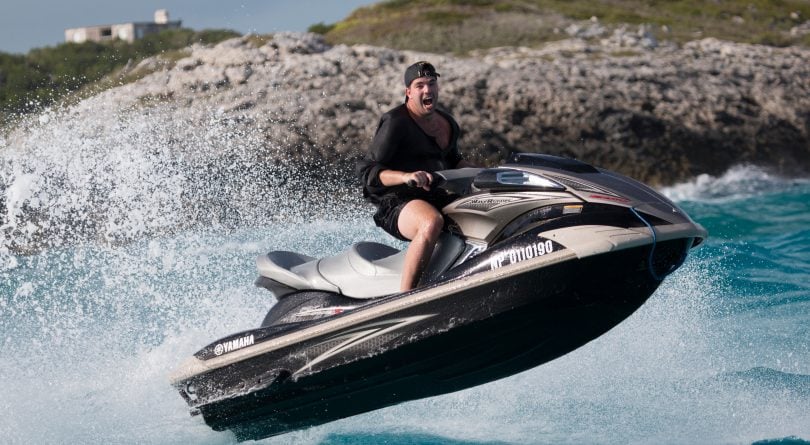 IN: Fyre: the Greatest Party That Never Happened

The public’s curious crush on scammer celebrities, and marketing and social media sizzle over substance, isn’t limited to politics. Despite Ja Rule’s history of “misleading advertising,” thousands of people quickly paid thousands of bucks to go to the Bahamas to hear Blink 182, after Rule and his  technopreneur partner Billy McFarland got a gaggle of models like Bella Hadid to post to Instagram. Fyre: the Greatest Party That Never Happened engagingly records the scam, interviewing numerous Fyre Festival employees. The photo-shopped pitch was three or four days escaping reality, “to push beyond those boundaries.” The reality was those luxury villas were tents leftover from Hurricane Matthew. Sound systems and sewerage hadn’t been sorted while “influencers” were landscaping their social media. Fyre documents there was a “looting mentality” among some of the ticket-holders, too. Billy McFarland’s illegit hustle ultimately saw him score six years in the slammer for fraud. Ja Rule presently heads another self-celebrated talent-booking app. Lots of Caribbean workers still haven’t been paid for working around the clock. Fyre: the Greatest Party That Never Happened is streaming now on Netflix.

“I kind of felt bad for the horse,” Seth Rogen quips early on in The 40-Year-Old Virgin, describing a feral Tijuana trip. The Canadian funny man’s entertaining lines just kept coming after this breakthrough role as Cal, virgin Andy Stitzer’s colleague. Romany Malco and Paul Rudd are at their funniest as electronics store co-workers Jay and David, who discover Andy’s secret when he fills in at the lively trio’s poker game. Steve Carell, then more known for his Daily Show work, blossoms as the titular late bloomer. Judd Apatow writes and directs playfully. Let’s not forget Jane Lynch’s manager Paula riffing on alternative relationship types and Gerry Boodnab’s show-stopping spiel as Mooj: “It’s about connection!”  The 40-Year-Old Virgin‘s mouth is dirty, but its heart is true. Also notable for young Jonah Hill’s first silver-screen appearance, trying to buy flamboyant shoes from Catherine Keener’s paramour.  The 40-Year-Old Virgin comes to Netflix on Feb. 6.

After the belly flop of True Detective: Season Two, the first five episodes of True Detective: Season Three see it back on (mostly) cracking form.  Mahershala Ali is superb, commanding your attention in almost every scene. His middle-aged detective Wayne Hays is lead investigating the murders of Will and Julie Purcell, two children in 1980s Arkansas. Stephen Dorff contrasts satisfyingly as his partner Roland West, kicking off with a lively debate about marriage. Selma‘s Carmen Ejogo is a mysterious counterpoint, and a knockout, as his wife Amelia Reardon. The tricksy script melds three narrative timelines: 10 years forward when the case is reinvestigated, and 24 years later when Wayne is interviewed for a big TV documentary. As in Moonlight, Ali’s performance is deeply textured and emotional. Creator Nic Pizzolatto writes and directs authoritatively. He crafts a visually engaging Ozarks atmosphere, and gives his leads snappy, incisive dialogue. “I don’t like him. Man signs up to go without f—kin’ for life,” Roland grimaces after the duo interview an insipid priest. “Everybody’s f-kin’ something.” Amelia is a teacher writing a book about the Purcells, and the couple have a tempestuous relationship. “Some major cognitive dissonance,” Wayne puts it after an especially fiery moment. True Detective: Season Three is streaming now on HBO Canada.