Best of Netflix Canada in January: The three things you should watch this month

What should you watch from the long list of TV shows and movies arriving or departing from Netflix Canada in January 2019? Our critics make their picks 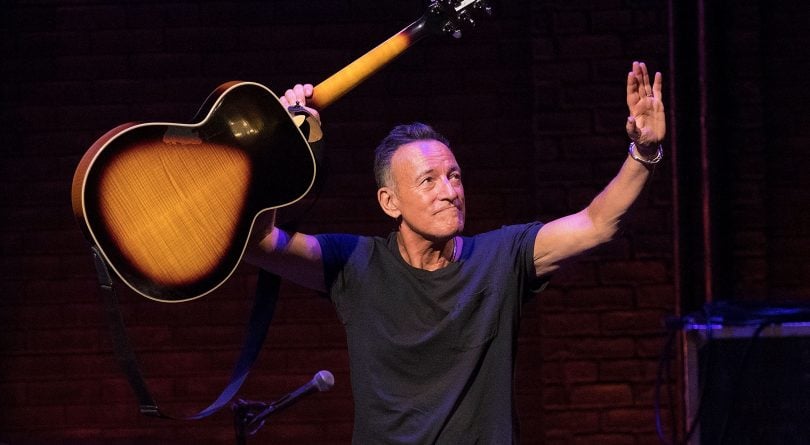 IN: Springsteen on Broadway

“I’ve never worked 9 to 5 till now,” Bruce Springsteen opens his intimate one-man Broadway show. “I’ve never seen the inside of a factory floor.” He is also honest about his desire for attention, fame, women and sex. Having read and listened to the Boss’s weighty autobiography, and seen him live, I got some more illumination and entertainment from Springsteen on Broadway. Running over 153 minutes, it’s a considered combination of voice, guitar, piano and harmonica. Springsteen speaks engagingly about his all-American life. He is aware of his complexity. Born to run, with “white line fever in his veins”, but he lives just a ten-minute drive from his Jersey home town. He maintains a sense of humour about the industry’s challenges. Classics like “Thunder Road” and “Dancing in the Dark” resonate with promise, possibility, mystery and adventure. Springsteen’s minimalist take on “Born in the USA” is exceptional. Springsteen on Broadway is streaming on Netflix now.

Straight Outta Compton is worth a look. There’s no doubting N.W.A.’s influence on hip-hop culture, especially Ice Cube and Dr Dre, albeit the group is problematic. Ice Cube’s son O’Shea Jackson Jr. impresses playing his father. Detroit‘s Jason Mitchell is memorable as the late womanizer Eazy-E. Paul Giamatti twitches across the screen as shrewd entertainment lawyer Jerry Heller. “You just gotta slow down, you can’t bang every broad on the planet,” he informs Eazy-E. F. Gary Gray (The Italian Job) is a skilled director, who crafts an engaging visual aesthetic. He got a genuine death threat from rap’s bad hombre Suge Knight for his efforts, which counts as a significant endorsement. N.W.A. were involved with the making of the film, and allowed there catalogue to be unleashed to score it. There are, of course, some lively tunes. Straight Outta Compton leaves Netflix Jan.1.