Meet the Quebec National, a fictional hockey team and the subject of a cult classic TV drama that has captivated Quebecois viewers since 1986. 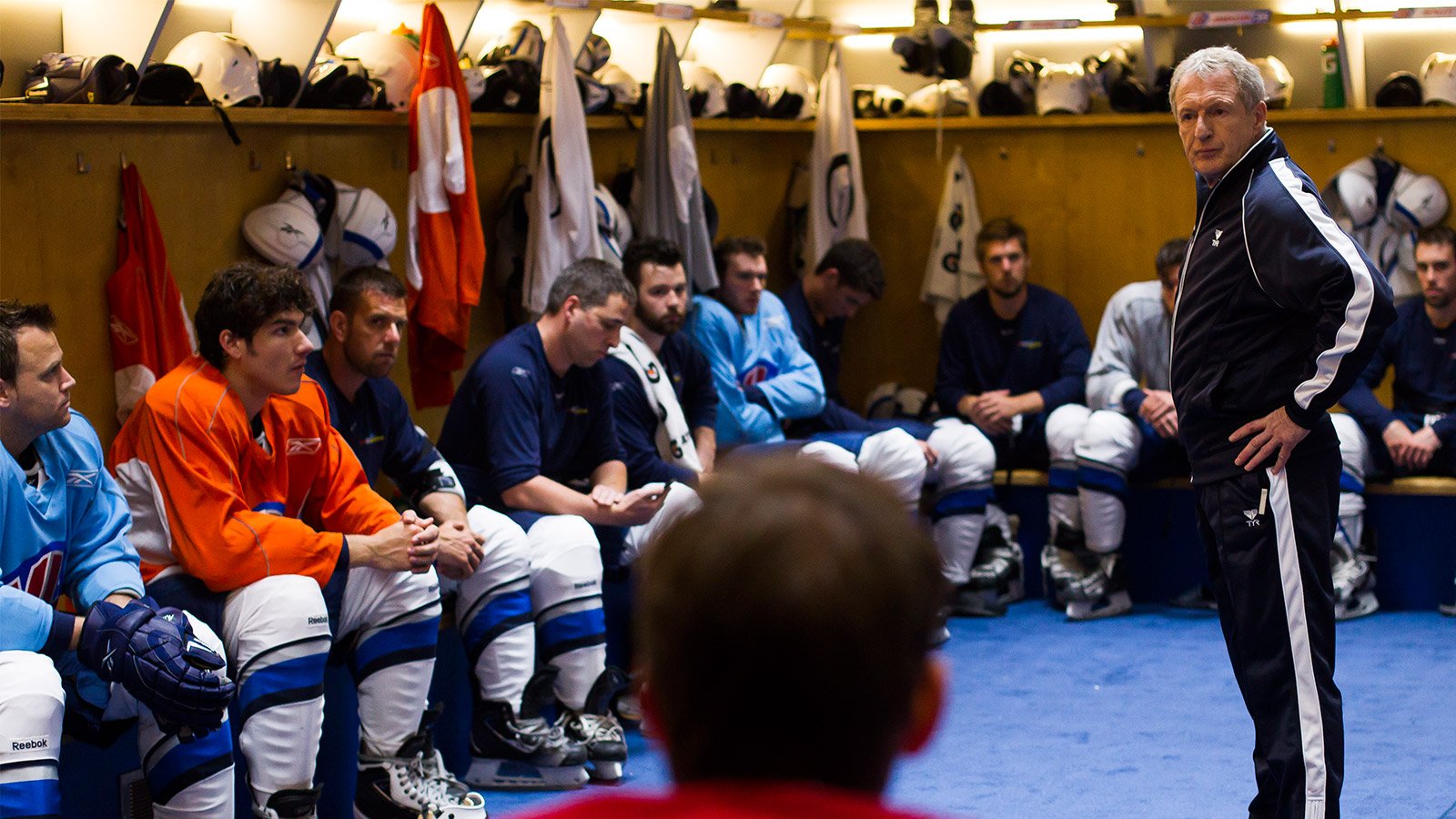 Quebecers will soon bid adieu to one of their most beloved hockey teams, and not many people outside the province will ever be the wiser. After nine seasons, six made-for-TV-movies and one feature film, the hockey drama Lance et compte, French for “He shoots, he scores,” is gearing up to air its final episode.

Lance et compte entered the world in the 1980s, when the top-rated drama on Quebec television was Le temps d’une paix, a show set in rural Quebec between the two world wars. It was emblematic of Québécois dramas at the time: filmed in a studio, and revolving around the family lives of a set of characters. It was not too flashy, and just controversial enough.

Imagine, then, the reaction when a show set in contemporary Quebec, chronicling rich, fictional NHL hockey players, first premiered. Lance et compte explored the lives of the members of the National de Quebec, a thinly veiled homage to the Quebec Nordiques that featured men who drove nice cars, ate at fancy restaurants and otherwise lived the glamorous life. There was gratuitous swearing in both English and French, and lots of sex scenes with (female) nudity. It was made to look like a movie and was filmed on location. And it was a drama that appealed to young men, a demographic that hadn’t been targeted before. It was a hit.

The show was dreamed up by Réjean Tremblay, a hockey writer who is now a columnist and TV commentator. Things he learned and had seen as a reporter inspired the storylines, which current producer Caroline Héroux believes is part of the show’s appeal. “We know, as [fans], that there are scandals within the Montreal Canadiens and NHL hockey teams. But we also know that we don’t know [the details],” she said. The show gives viewers a glimpse of the fake players’ personal lives.

The show revolves around Pierre Lambert, first introduced as a shaggy-haired heartthrob and top National prospect. The audience watched Lambert go from a womanizer with a slight attitude problem to a player agent/père de famille; he has four kids, including eldest son, Guy, who is now the captain of the National.

The first season, which originally aired on Radio-Canada, was dubbed in English and simultaneously broadcast on the CBC. It didn’t catch on, says Pierre Barrette, a professor at Université du Québec and an expert on Quebec TV history. “This series, more than any other, is linked to Quebec’s identity. The importance we give to hockey, and the way hockey is the universal symbol of all our tensions, doesn’t translate well,” he said.

Lance et compte has had other endings. The first series finale aired in 1989, but the show was resurrected after a long hiatus in 2001 featuring la nouvelle génération, the original stars and their adult children. And, after six more seasons of stories, fans will say what may be their final goodbyes to the Lambert clan and the rest of the National.

Héroux’s connection to the show goes back to the beginning: Her father, Claude, was the original producer, and she grew up working for the family business, Gaëa Films. She was a receptionist during the first season, worked in payroll during the second and had risen to assistant editor by the third.  She came on board as a producer for the 2001 reboot and says the task of bringing back a show more than 10 years after it went off the air was made simple by the way they approach it.

Héroux says she pushed for one of the most compelling storylines in the show’s history. In its eighth season, they introduced enforcer Philippe Lalumière, who eventually revealed he is gay. Portrayed by retired NHLer Dave Morissette, Lalumière had “lots of ink spilled” about him when he first came out, Héroux says, but making him an enforcer helped win the audience’s acceptance of the character.

That wasn’t the only attention-grabbing storyline; other plots include an interracial relationship, drug use by hockey players, even a player suicide. The film’s premise hinged on rebuilding the team after a devastating bus accident.

Fans of the show are holding out hope it will return, as it has before. Héroux isn’t ruling anything out, but says they approached this season as though it would be the last. Citing shows such as The Good Wife and House of Cards, Héroux says the best shows don’t “spare” their main characters. There are rumours swirling that someone will die in the finale, but Héroux only says the show ends with “something you don’t expect.”

When the reboot started, Héroux was surprised when more than 11,000 people showed up for a taping of one of the National’s games at the Colisée du Québec in Quebec City (the former home of the Nordiques). She stops short of saying the loss of the Nordiques may have renewed the fervour for the show, but says the connection between the show and the people who watch it is special.

“In the heart of fans, the National really exists.”