Blood and belonging in the Book of Negroes 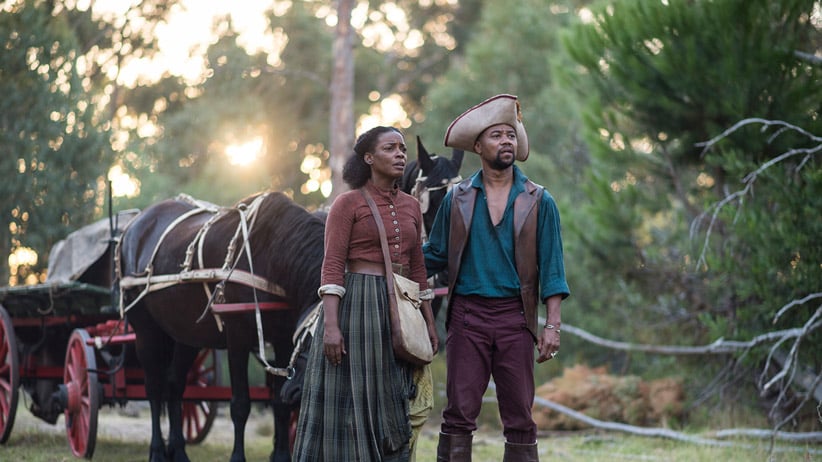 For a historical artifact essentially forgotten for more than two centuries, the Book of Negroes has taken on a remarkable contemporary life since it inspired Lawrence Hill’s award-winning and much-loved novel of the same name in 2007. Even its very title became a bone of politically charged contention. Now, both document and novel resonate more than ever, during yet another fraught period in American race relations, as Hill’s epic tale of freedom for some and slavery for others comes to TV in an exquisite six-part series showing on CBC in Canada and Black Entertainment Television in the United States.

The Book of Negroes, the 150-page ledger in which the British government in 1783 inscribed the names of black slaves to whom it had promised emancipation and relocation after the American Revolution, is both a marker of promises broken, and a sobering reminder in the age of Michael Brown and Eric Garner that the more things change, the more they don’t. It’s likely there will still be thousands of Americans marching in the streets for racial justice when the mini-series airs.

As a writer and an individual, Hill was particularly situated to fictionalize a moment in history that transcended national boundaries and even continents. “We are not talking distinct histories that have nothing to do with each other,” says Hill in an interview. “This is not Canada-only or just the U.S. or the Caribbean, it’s not just black or only white—because all our histories, like that of my own family, are joined by the movement of peoples.”

The son of American immigrants to Canada, his father black and his mother white—refugees of a sort from 1950s segregation and prejudice against mixed marriages—Hill, 57, is a living rebuke to the artificiality of borders. He’s been fascinated his whole life by the themes of blood and belonging explored in all his works, from The Book of Negroes to his memoir Black Berry, Sweet Juice: On Being Black and White in Canada. Hill’s novel also highlights an 18th-century truth downplayed in modern histories: the Atlantic was a highway, not a barrier. There were ties between ports, even in foreign countries, that were far tighter than the ones that bound those coastal cities to their own wilderness hinterlands.

That’s a key aspect of the story Hill tells, which opens in London, as an aging African woman—the poster child of the abolitionist movement—awaits her audience with King George III. Aminata Diallo, played luminously as an adult by American actress Aunjanue Ellis, starts to narrate the story of her life from when she was a kidnapped 11-year-old, marching in a slave coffle to the ocean shore. From there, she survives the murderous crossing to a South Carolina plantation, and moves to New York, Nova Scotia, Sierra Leone and finally to England. In New York, during the disturbances at the outbreak of the American Revolution, Aminata escapes her master and manages to support herself as a midwife in the British-controlled city. 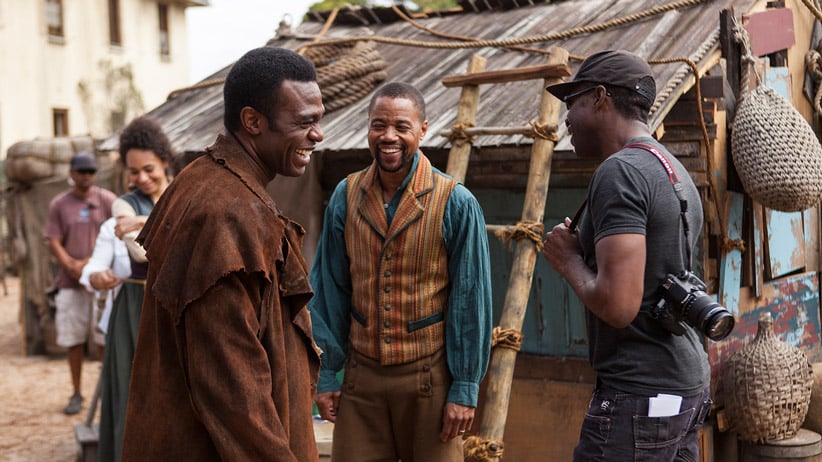 When the war ends, thousands of black Loyalists who fled their rebel masters to serve the Crown’s cause—because of a British promise of freedom for those who did—are crowded into New York. Some 3,000 who could prove that service are entered by name into the Book of Negroes, including Aminata, whose services included delivering the babies of British officers’ black mistresses. That allows her, after another close call, to take a ship for Nova Scotia, where the British fail to keep their promises of help to the freed slaves and they face deep hostility from white Loyalists, many of them slaveholders in full legal possession of their slaves. “The black Loyalists ended up in this country subject to violence, segregation and neglect,” Hill notes, settled without tools on land of lesser quality than that given white Loyalists.

It’s an uncomfortable story, allows the author, especially for Canadians, who prefer to think slavery enters our national narrative only after it was abolished in the British Empire and Canada became the Edenic terminus of the Underground Railroad. But it’s uncomfortable also for the descendents of African slaves. Aminata’s story condemns everyone on either side of the Atlantic who took profit from human bondage, including Africans. “One of the sad truths of the trans-Atlantic slave trade is the way everyone was involved in it. It was Africans who controlled the highways to the coast, who sold other Africans into bondage.” The sellers included Aminata’s husband-to-be, Chekura Tiano, who worked for slave traders until they betrayed him and sold him to the same slave ship that carried Aminata to South Carolina. 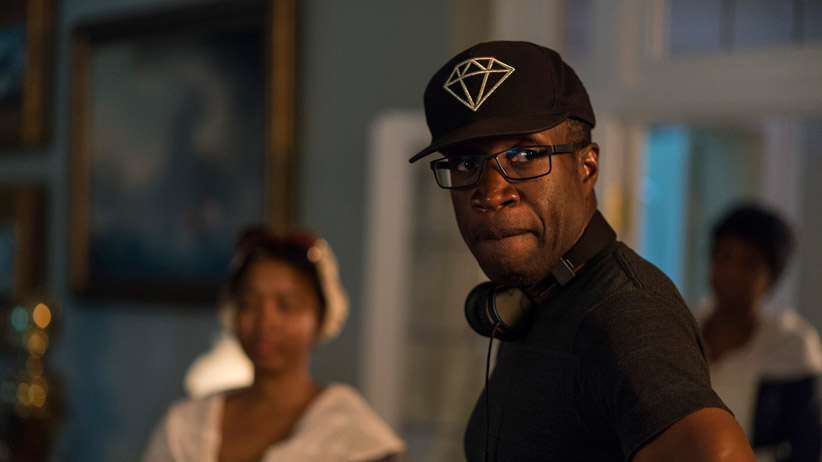 The novel was a huge success in Canada. Canadians may be a little “self-serving” in their historical memory, Hill says, “but I’m humbled by the way they have taken to the book.” It had the enthusiastic support of Indigo CEO Heather Reisman and by the fact the title, by a twist of linguistic fate, wasn’t a barrier. The word “Negro” strikes most Canadians as archaic rather than offensive.

Not so south of the border, where Hill’s publisher insisted on changing the title to Someone Knows My Name. An apt name, actually, given the theme of historical and cultural obliteration running through the novel, but the change was pragmatic, not aesthetic. “When I began touring with the novel in some of the major U.S. cities,” Hill wrote in 2008, “literary African-Americans kept telling me it was a good thing indeed that the title had changed, because they would never have touched the book with its Canadian title.” As late as 2011, when the novel came out in Holland as Het Negerboek, a Dutch descendent of slaves emailed Hill to inform the author of his plans to hold a public book burning.

There was some of that reaction in Canada too. Series director Clement Virgo, probably this country’s most notable black filmmaker, was unaware of the original document, but he knew of Hill’s novel—and refused to read it because, he says, “I had my own reactions to the word ‘Negro.’ ” Once Virgo did read it, though, the Jamaican immigrant was immediately entranced by the way it cracked open a door to the past of the entire New World African diaspora. “I’ve never known where my ancestors came from. I know my last name is Portuguese, but I’ve never known why. Black people throughout the Americas have lost so much of their history; it’s so rare to have a list of names from 230 years ago.” (Now Virgo knows the novel “better than I do,” says Hill, who co-wrote the TV script with the director. “We’d get to arguing about something and he’d say, ‘That’s not what you wrote on page 341,’ and he’d always be right.”) Now, with growing awareness of the original Book of Negroes, and the seal of approval BET gave by announcing it would air the mini-series under that name, Hill’s American publishers are rereleasing the novel under its original title.

None of the cast, which includes Cuba Gooding Jr. and Lou Gossett Jr., knew of either the original document or the novel before being invited to take part. Gooding was astonished to learn of the existence of the Book of Negroes. His co-star, Aunjanue Ellis, though profoundly interested in black history, said she is never surprised by that sort of discovery. “Our history is as segregated and pushed aside as we once were, our stories lost, and when we manage to learn them, we are always surprised.”

Like Ellis and Lyriq Bent, the Canadian actor who plays Chekura and who notes pointedly, “it’s really something that this is coming out in the time of Michael Brown and Eric Garner,” Virgo too is struck by the connections between past and present. “There’s really been nothing like this in black historical recreation since Roots, not even 12 Years a Slave, in terms of scope, in terms of everyone’s story.” And it’s particularly relevant after the Brown and Garner grand jury decisions, the director adds, “offering a direct connection to the history and psychology of how people were treated then and now—those images of this big man being choked, being forced to submit, the you-will-submit-at-all-costs reality. There are fundamental human rights being violated.”

And a fundamental human story being told, one of loss, endurance and survival. The original Book of Negroes may be a mere list of names and occupations, but it is precious for that very reason, a rare documentary trace of a people whose personal and cultural histories were fractured by horrific New World experiences. The Book of Negroes, as novel and mini-series, is something more, a powerful story that is also a correction to the sort of segregation Ellis decries, the way our historical imagination separates—by hemisphere, by nation, by race—what has been a shared story, common alike to whites and blacks, Canadians and Americans.

FILED UNDER: Lawrence Hill the book of negroes