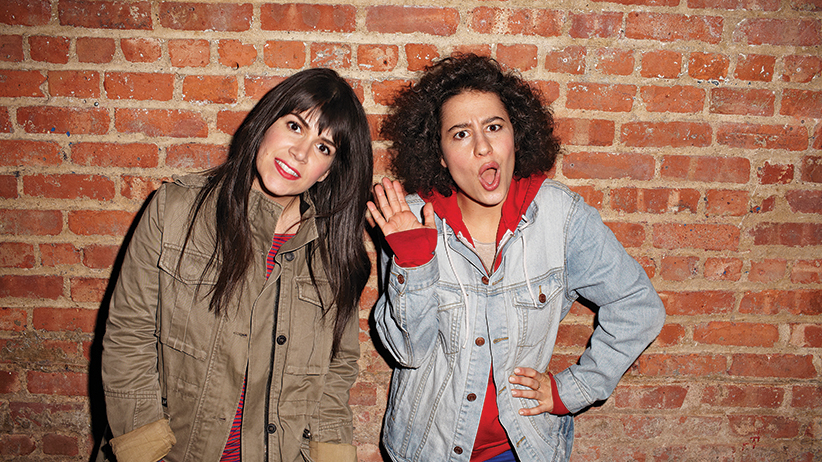 In 1891, Oscar Wilde wrote a short story called “The Sphinx Without a Secret,” about an English lord’s failed courtship of the beautiful and apparently complicated Lady Alroy. Always obfuscating, and shrouded in mystery for no discernible reason, Lady Alroy is the original hipster heroine. She baffles the smitten lord with her self-absorption until he tires of her games and gets out of town. Wilde’s story, in his own words, is about “a woman with a mania for mystery,” who is, in truth, painfully conventional. (Spoiler alert: She dies of lung congestion after catching “a chill” at the opera.)

But it’s also about us. It just so happens that the story’s most memorable quote—“women are meant to be loved, not to be understood”—has come to serve as a dating axiom in the modern world. There is both a Pinterest page and a Facebook group dedicated to the quotation, and it appears frequently on dating advice forums. Nowhere, though, is its spirit more pervasive than on TV, where romantic heroines, both comic and tragic, are in a constant state of existential flux. Carrie Bradshaw’s endless inner monologue on Sex and the City is Lady Alroy come to life, and Hannah Horvath of Girls, albeit a hundred times more sympathetic than Bradshaw, is just as self-absorbed and (weirdly, considering the amount of sheer yakking she does) inscrutable. These characters are fun to be around, if not for their company, then for their shoes, but, like the good lord in Wilde’s story, one begins to tire of them. Must every decision, from picking a muffin to a man, be so brutally dissected?

Luckily for the Lady Alroy-wary among us, there is a new set of heroines on TV whom we can both love and understand. In late January, Comedy Central began airing a TV show called Broad City, about two best girlfriends who are as upfront, unthinking and brash as their heroine contemporaries are not. The show’s premise is well-trodden territory: Comedians Abbi Jacobson and Ilana Glazer, playing exaggerated versions of themselves, explore life and love in New York City. Its execution, however, is groundbreaking. Jacobson and Glazer don’t contemplate their hijinks, nor do they make apologies for their characters’ outrageous behaviour. They go about their daily lives—Jacobson as a bathroom custodian at a posh gym and Glazer as a telemarketer who takes two-hour bathroom breaks—with a delightful disregard for the meaning or consequences of their actions. They experience everything their twenty-something TV counterparts do—inappropriate crushes, bug-infested apartments—minus the angsty shtick and romantic brooding. There are no diary entries or debriefs on Broad City. Reckless misadventures follow each other like dominoes.

In the first episode, Ilana steals her boss’s office supplies and tries hawking them on the street in an attempt to raise money for Lil Wayne tickets. In episode 4, after the girls get locked out of Ilana’s decrepit apartment, they head to Abbi’s upscale gym, where Ilana steals all of the Kiehl’s body lotion from the bathroom. Their goal is to shower in time for Abbi’s first art opening, which they soon realize is not in a gallery, but at a vegan sandwich shop that displays Abbi’s art while people eat tofu. “This isn’t even a sandwich shop,” she tells the clerk. “You don’t serve meat.”

The broads of Broad City are constantly moving from one wild situation to the next, trying, and failing, to make their big-city lives easier through complex and ill-fated schemes. They are also invariably high. On Girls, Zosia Mamet’s character, Shoshanna Shapiro, goes to a party and smokes crack by accident, mistaking it for marijuana. Abbi and Ilana would likely smoke crack by choice.

Broad City was produced by Amy Poehler and recently picked up by Comedy Central for another season, but Glazer and Jacobson got their start online, filming short video clips for a web series of the same name. The resulting show is one of the first stoner comedies to star exclusively women; it may also be the first show of its kind to attract a relatively large audience (1.2 million viewers) on a network like Comedy Central—known for hits such as South Park, Tosh.0 and Workaholics. “Organizing a series around two female characters from this universe is outside of Comedy Central’s typically male-driven wheelhouse,” says Myles McNutt, a Canadian TV scholar. “Broad City does feel like a meaningful step toward gender parity.” The show’s reckless, carefree and often gross heroines are not dissimilar to famous stoner duos Bill and Ted, or Harold and Kumar.

Glazer and Jacobson aren’t by any means the only stoner-ish female entertainers around. Sarah Silverman, whether she smokes pot or not, has carved out a space for herself in the irresponsible “loafter” genre, not to mention the “gross-out” subgenre. (In the months leading up to President Obama’s re-election, she announced her offer to “scissor” Republican megadonor Sheldon Adelson in a bikini if he would donate to the Democrats instead.) But she’s a rarity in Hollywood. Save for her unusually serious performance in Sarah Polley’s 2011 film, Take this Waltz, Silverman rarely plays a real person. She is a caricature, wilfully ignorant and over-the-top in the same vein as Sacha Baron Cohen’s Ali G or Borat.

We know women are already missing in entertainment; a new report by the Women’s Media Center found they represent only 28.8 per cent of speaking roles in 2012’s top-grossing films. But nowhere is this absence more visible than in lowbrow stoner comedy, the domain of the loveable and fun-loving loser.

When screenwriter Jamie Denbo set out to promote her film Best Buds (still in development) in 2010, a women’s stoner comedy starring Natalie Portman, she told Jezebel her goal in life was to prove that women use marijuana. “Everyone has a cause,” she said. “Some people have cancer, some have literacy. Mine is proving that women smoke weed, too.” What she may as well have said, though, is that her goal was in proving that women have fun. What, after all, is the stoner genre besides a celebration of pure, unadulterated silliness?

Fun for its own sake is something women rarely have on TV, unless they’re hosting a bachelorette party (where, inevitably, someone ends up crying) or helping their kids blow out candles on a birthday cake. It’s this dearth of meaningless female fun that makes Broad City unique. Where else can you watch two girlfriends sit on a stoop for no apparent reason, pondering the oral-sex skills of Michael Bublé?

Unlike Tina Fey’s character on 30 Rock, who secretly yearns to be happily married, or Mindy Kaling’s on The Mindy Project, who is a perfectionist as much as a jokester, Glazer and Jacobson don’t allow their characters to make up for their zaniness or grossness. Their apartments are dingy and so are their prospects. Kaling certainly defies the stick-thin white-woman norm, but her differences and eccentricities are evened out with a high-earning, respectable job and a posh apartment. The same goes, in a sense, for Fey’s Liz Lemon, who is one part career woman, one part self-help addict. Most women on TV pay for their fun with the burden of success—and for their success with self-deprecation.

TV is rife with aspirational male characters, be they superheroes or stoners. And they all get to be cocky. The abundance of undeservedly confident male characters on both the big and small screens even mirrors real life: According to a 2013 study out of Boston College, female students graduate from university with low self-esteem, while male students leave more self-assured than ever, despite getting worse grades than their women peers.

Glazer and Jacobson are, in a sense, the Seth Rogen and Jonah Hill of their gender, affable losers who don’t aspire to be better, but like themselves fine the way they are. “They’re playing f–k-ups,” writes Erik Adams, of The Onion’s A.V. Club. “But they’re f–k-ups we’re rooting for.” The No. 1 rule of being a f–k-up worth rooting for is that you don’t feel sorry for yourself.

That, in the end, is what makes Broad City so special. Hannah Horvath’s constant tsuris about making it work in a metropolis is easy to relate to, as is her tacit rejection of unrealistic beauty standards, but she is, undoubtedly, a bit of a whiner. Girls is insightful and very funny. But Broad City is cathartic. (How else do you describe Abbi in a dress two sizes too small, tearing through a Manhattan party frequented by models, shouting, “Outta my way, five-nine!”) Its protagonists are an antidote to the self-possessed, reliably beautiful women who do appear on TV: the secret agents, attorneys and even city councillors with toned and tawny arms. Abbi and Ilana are none of those things, yet they stand up for themselves all the same, in ways both grandiose and impossible. Broad City is a silly show. But it’s revolutionary, too.