Eight ways to save the next season of 'Downton Abbey'

A concerned fan on a wishy-washy season 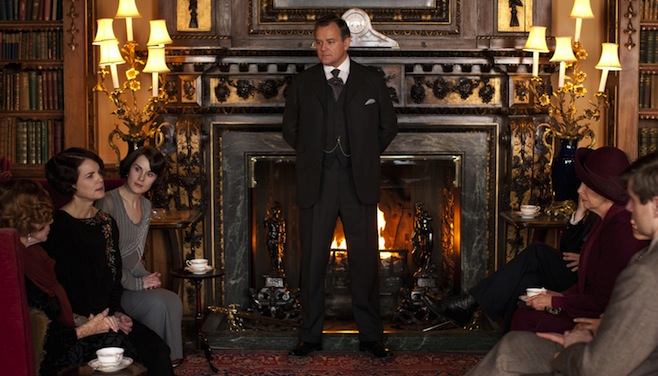 Be honest: how many of you knew something awful was going to happen to Matthew the moment the dowager countess crowed about the happiness of the Crawley family? I wasn’t sure the dastardly deed was going to strike, then he got into a fast convertible and I knew it would be an accident. And since in this season Downton Abbey creator and writer Julian Fellowes was incapable of making anyone take the blame for anything, it was the winding road, not Matthew’s reckless speeding that seemingly was the guilty party in the crash. And that wishy-washy attitude was why this was a was a dud season devoid of soap opera angst and tension. I love Downton and enjoyed moments and vignettes from this season. But the problem is no Downton fan I’ve talked to has enjoyed the entire season.

So here are some suggestions from a concerned fan:

1. Plots involving main characters must be interesting. This season was full of yawn-inspiring, unnecessary plots involving the Crawley family. Mary and Matthew having trouble conceiving?—colour me bored. After all, everyone knows there’s going to be a baby. FILLER.  The earl and countess in a deep freeze over the death of Lady Sybil had as much angst as Thomas getting a hangnail. FILLER. Remember the first season, when Lady Mary ends up with a dead lover in her bedroom? Now that’s an interesting plot.

2. Give Lady Edith a true lover. Not someone as old as Methuselah (though the dumping-at-the-altar plot was one of the season’s highlights), or again unattainable. The new guy is married to a crazy woman and thus can’t get a divorce—what a surprise, not. She needs a man who will love her for being herself. Bonus points if he’s rich and handsome so as to drive Mary crazy.

3. Stop the Thomas vs. O’Brien hate fest. After three seasons of them going at each other, we all need a break from their way-too-predictable tricks. There are plenty of other downstairs staff who can get into spats. Why not have Carson and Mrs. Hughes in a smackdown over modernizing the castle? Or have Alfred make the switch from footman to kitchen help, and thus threaten Daisy’s position? Goodness knows enough hints of his love of cooking have been dropped over this season.

4. Give cousin Rose real plot lines. I’ve resigned myself to her inclusion in the fourth season, however her brief fling with a married man and then her angst in Scotland did not bode well for this character. It feels like Fellowes believed he needed someone young and sexy to bump up ratings, like when Bill Cosby introduced a cute young kid to his aging Cosby Show. Why not have Lady Edith take her in hand?

5. A conflict for Mr. Bates and Anna. I loved the plot of how she rescued him from prison, even if the prison scenes did drag. But they work best when there’s an obstacle or conflict. So why not knock Anna up? Will she continue to work? Can she? Who will look after the baby?

6. Lady Mary needs time to get her own personality back. She was reacting to everything this season. I can’t remember one time when she’d initiated a thought. She’s a widow with a new baby. Let her grieve and find herself before thrusting a new beau her way. Perhaps she could start preparing to take over the estate—she keeps saying how much she loves it and wants it, yet never seems to do anything.

7. A threat to the entire estate. What about a fire? What about a truly nasty nouveau riche neighbour? Aside from Lady Edith’s wedding that wasn’t and Lady Sybil’s death, there was no unifying force for upstairs and downstairs.

8. Jimmy Kent must die. He’s all looks and no personality. Kill him or trade him.