Chris Haddock is back from the Boardwalk Empire 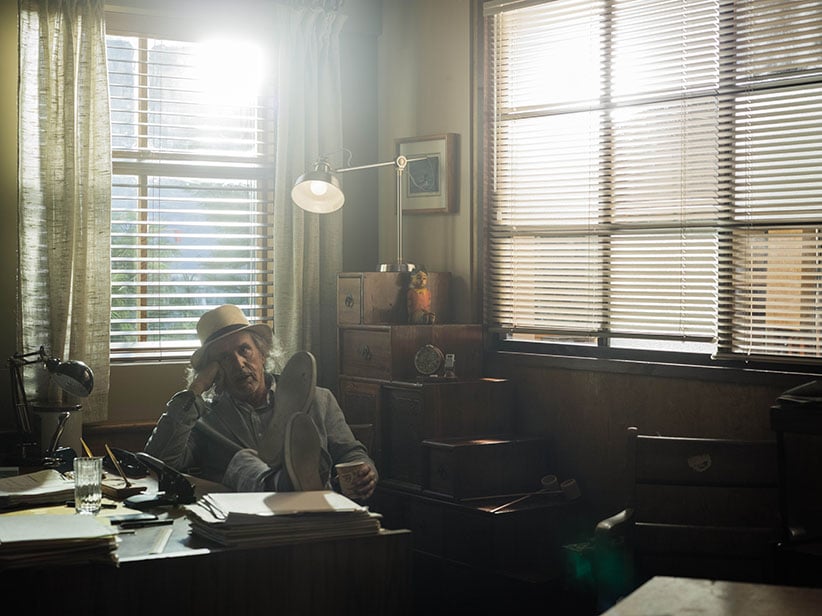 Veteran show-runner Chris Haddock is holding back while holding forth about Romeo Section, his latest series for CBC, which premieres Oct. 14. He’s clearly enjoying the air of mystery he’s spun around his espionage-inspired tale of Romeo and Juliet spies, whose tradecraft includes honeytraps, seduction and betrayal rather than the usual fare of bullets, bombs and bedlam. He promises a noir-tinged 10-episode first season, all layers, puzzles and paranoia, rather like the 2011 espionage film Tinker Tailor Soldier Spy. “I feel closer to the British stuff anyway in terms of this genre, rather than the Jason Bourne, blow-em-up, forget-your-memory— you know, big gaggy stuff,” he says. “Not that we could afford it anyway.”

Romeo marks a return to the CBC for Haddock, writer and producer of Da Vinci’s Inquest, a hit series that debuted in 1998 and ran seven seasons. He also created the critically acclaimed spy drama Intelligence. Haddock has since had a stint of a year or so writing for Martin Scorsese’s Boardwalk Empire. Both he and the beleaguered CBC are banking on Romeo as the next ratings hit.

The series draws inspiration from real-life East German Stasi spymaster Markus Wolf, who loosed a legion of attractive men and women—Romeos—into West Germany on missions to seduce and infiltrate their way into the upper reaches of society and government. “If I go down in history,” Wolf once said, “it may well be for perfecting the use of sex in spying.” For Haddock, who is co-writing the series, the premise is rich with possibility. “Whenever I pitch a show, I’ve got to feel, five years in, am I still going to be digging in and finding good material there?”

He’s sitting in the Asian-flavoured anteroom of a home on a tony street on Vancouver’s west side, amid the comforting chaos of a production crew adjusting lights, laying rails for a tracking shot, discussing camera angles. Everyone crowded inside wears blue booties over their shoes, warning signs are posted on frail pieces of the absent homeowners’ furnishings, doors and walls outside of camera range are wrapped in protective cardboard. This is a kid-glove postal code, far removed from the gritty Downtown Eastside setting of Da Vinci’s Inquest.

Vancouver is again the star, but the dramatic themes are more rarefied than the street-level drugs, poverty and social injustice that propelled Nicholas Campbell’s crusading coroner, Dominic Da Vinci. Much of Romeo is set in academe, in an environment not unlike the University of British Columbia, where Haddock’s father was once a forestry professor. Central to the serialized plot is professor Wolfgang McGee, an academic who doubles as a spymaster running a roster of agents. McGee is played as a rogue with a brogue, by Vancouver actor Andrew Airlie, whose extensive credits include Defying Gravity, Fifty Shades of Grey and Intelligence.

Airlie’s own research into the intelligence community convinces him that it’s not far-fetched to see Vancouver as a sub rosa centre of smuggling, money laundering and industrial espionage. “This is a juicy story, you’re going to want to lean in and pay attention,” he says. “I hope it does twig to some people that this is a story that could be happening here. Those worlds exist. We know that.” Pressed for details, however, he goes covert.
“We’re trying to find a balance on how much we share with you, or anybody,” he says with a grin.

Today’s shoot, episode four, takes place in the home of another academic, Lily Song, an Asian studies professor played by Vancouver actor Jemmy Chen. The plot suggests a budding relationship between McGee and Song. “As to how genuine it is we have yet to find out,” says Chen. “She makes everybody fall in love with her,” she says. “It’s just a matter of what she does with that power. That comes later.”

Haddock may not know himself. As always, he revises on set, exploiting a strong character, leaving other scenes dead on the cutting-room floor. Aiming, he says, for the show’s “heart and muscle,” as any good spymaster would.