Tippling on television is on the rise, as a plot point and character-development tool 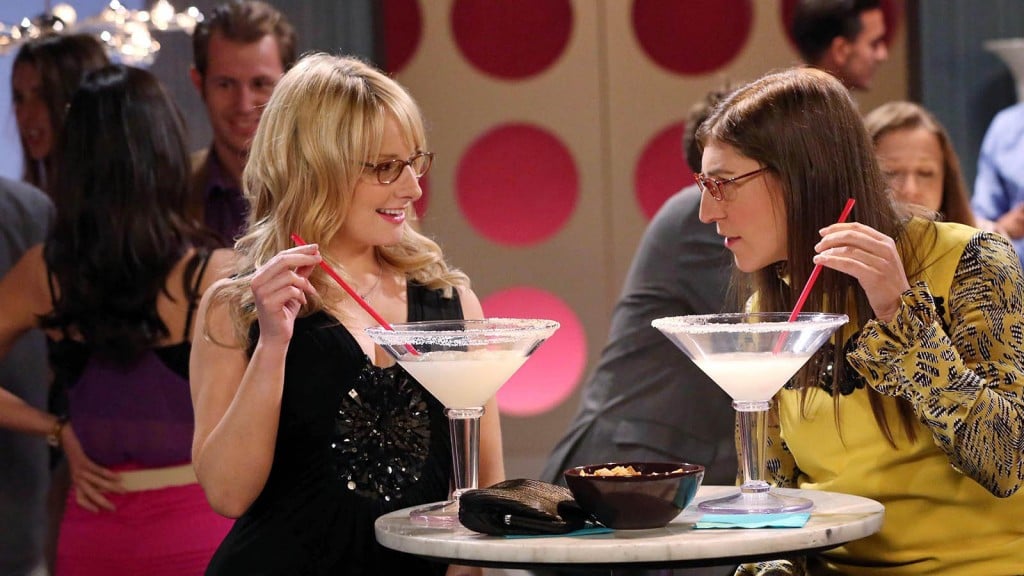 Before the current season of The Good Wife, its creators and star hinted that the show would finally address the title character’s wine-drinking, which has mostly been just a running gag: Creator Robert King told Entertainment Weekly that it had been “comic and fun” up to this point, but it was now time to look at what that kind of drinking could do to a successful lawyer and politician. In the last decade, alcohol has been all fun and games on TV, fodder for shows like Drunk History, where comedians act out famous events as described by drunks. But drinking can be more than just a joke: After decades of either ignoring or trivializing it, television might finally be ready to give booze its due.

Unlike beer commercials, where CRTC guidelines and other rules prohibit characters from tasting their own product, characters in scripted series can have as much to drink as they want. But until the mid-2000s, they usually didn’t. “To some extent, there was a measure of restraint,” says Jon Greenberg, who has written about alcohol on TV for the Pundit Fact blog. A show set in a bar, such as Cheers, could only be done if the hero was an ex-alcoholic on the wagon. Characters on Friends and Seinfeld mostly stuck to coffee or tea. Even The Simpsons turned its town drunk, Barney, into a teetotaler at the turn of this century, on the basis that alcoholism was no longer funny.

But something changed about 10 years ago. “Alcohol consumption has become more common on television,” says Lance Strate, professor of communication and media studies at Fordham University. Strate attributes this partly to the increased importance of product placement, which has led to “more scenes where characters are drinking within our entertainment programming.” If the advertisers can’t show how cool drinking is, the programs can.

But the increased drinking on TV may also reflect the medium’s increased respect for realism. A show such as How I Met Your Mother not only subverted Friends by having a similar group hang out in a bar every day, it made fun of its forebear with an episode where the characters visit a coffee shop: “Hanging out in a coffee place is not nearly as much fun as hanging out in a bar,” one of them said. Another sitcom, Cougar Town, made a point of having the characters drink lots of wine.

The cable-TV revolution also changed the way alcohol was portrayed: HBO and Showtime shows prided themselves on what Slate calls “more ‘adult’ forms of content, which include adult beverages as well as adult language.” Greenberg speculates that “cable rewrote the industry standards, formal or informal, and the broadcasters tended to follow cable’s lead.” Ironically, advertiser-supported television may have more drinking because of the shows that don’t depend on beer commercials.

Alcohol is also useful as a characterization tool. Last year, the New York Times reported on how much wine was consumed by powerful heroines like Alicia on The Good Wife and Olivia on Scandal, and pointed out that this is mostly a gender-specific portrayal: “In Scandal, with one exception, men don’t drink wine.” On shows such as The Big Bang Theory, where the women (but not the men) drink wine and cocktails when they get together, alcohol establishes the idea that women are more sophisticated than men. And characters can be established if they break with traditional drinking stereotypes: On Scandal, Olivia’s father sets himself apart by sharing her love of wine. It’s hard to play these kinds of nuances with coffee or soft drinks.

But there’s always going to be a backlash against drinking, even in fiction. Two years ago, in a study funded by the U.S. National Institutes of Health, two assistant professors at American University in Washington, D.C., found that the more today’s teenagers watch TV, the more they believe drinking is fun. If shows such as The Good Wife are now taking alcohol a little more seriously, it could be because television needs what Strate calls “some balance to all the depictions of social drinking as a pleasurable activity.” Besides, the only thing TV loves more than drinking is a very special episode about why drinking is bad.