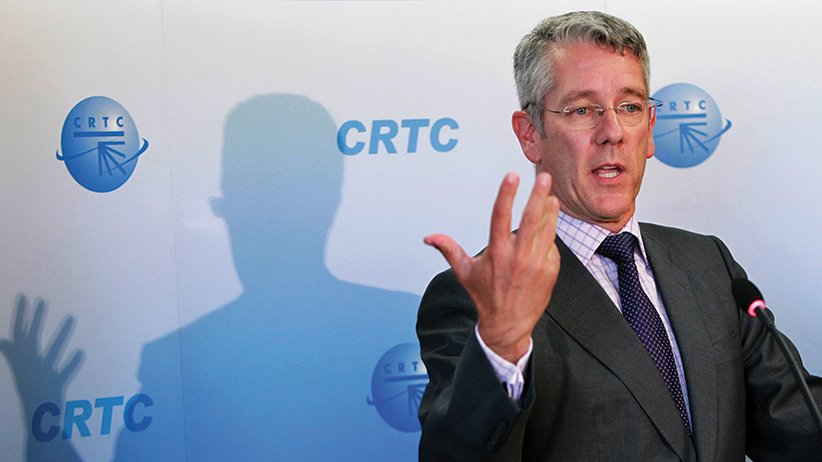 OTTAWA — Canada’s broadcast regulator is forcing English-language TV stations to air at least seven hours a week of local news, and creating a new fund to help the smaller ones pay for it as part of a “rebalancing” of the country’s television landscape.

Large broadcasters will also be given more flexibility — but not more money — to keep local stations open under a new regulatory framework announced Wednesday by the Canadian Radio-television and Telecommunications Commission.

The changes were panned by critics who said the framework gives struggling TV outlets far too little help, far too late.

The new policy will require that English-language stations broadcast at least seven hours of “locally relevant programming” each week in non-metropolitan markets, and 14 hours per week in metropolitan markets, including Toronto, Montreal, Vancouver, Edmonton and Calgary.

French-language stations will be required to broadcast five hours of local programming weekly, but that could be increased based on individual community needs.

To help stations struggling to generate advertising revenue, the CRTC said larger stations would be able to redistribute available resources, allowing them to spend up to $67 million more on local news content.

Television service providers currently set aside five per cent of their revenues to help fund the creation of Canadian programming. The new policy leaves the overall amount in the fund largely unchanged.

However, beginning Sept. 1, 2017, companies such as Bell, Rogers and Quebecor will be allowed to siphon some of the $156 million currently spent on community programming to local news production instead — on condition they keep all their stations open.

Just how that money is spent will be vitally important to stations seeking licence renewals, warned CRTC chairman Jean-Pierre Blais.

“We are rebalancing the considerable resources already in the system to ensure that the quality, quantity and capacity of local newscasts are maintained,” Blais said in a statement.

“However, the flexibility that we are giving to the large private broadcasters is not to be taken lightly.

“They have a responsibility of continuing to provide adequate funding for news and to produce high-quality local programming that informs Canadians and reflects the communities they serve.”

As well, a new local news fund is being established to give independent stations access to roughly $23 million for local news programming. That money, also from existing community programming funds, will be divided among 18 communities based on how much local news each station produces.

That cash could mean the difference between producing local newscasts or going off the air completely for struggling stations like Global-owned CKPR and CHFD in Thunder Bay, Ont.

An executive from the stations told the CRTC in January they would shut their doors by Sept. 1 unless they received help to pay for local programming.

The stations have been staying afloat using money from life insurance policies taken out on a station owner and a general manager who passed away, Don Caron, vice president and general manager of Thunder Bay Electronics, told a CRTC panel.

The regulator heard similar stories of financial desperation from numerous stations that are part of the Small Market Independent Television Stations Coalition.

In March 2015, the CRTC turned down a request from the coalition for emergency interim funding.

The new policy shows the CRTC hasn’t been listening to small stations that came begging for help, said Ian Morrison with Friends of Canadian Broadcasting.

“The independent stations showed up in Ottawa in January and it was like a call to the fire department,” said Morrison.

“And the CRTC answered the phone and said, ‘Help is on the way, it’s modest help, and it’ll start in 15 months.”‘

New technology has given Canadians greater access to both local and international news. But advertising revenue streams have been flowing into digital news outlets and away from traditional TV stations, forcing them to cut hundreds of jobs to remain profitable.

Meehan, who lost her job at CTV’s Ottawa station last November, said people working in the industry are being stretched to their limits by employers struggling to make ends meet with fewer advertising dollars.

And when local stations decide they can do even more with less, people get the axe, she said.

“They’re killing people,” Meehan said of the workloads that many TV employees endure. “Some of them are doing the jobs of three or four people.”

Meehan, who has since landed on her feet with a talk show on Rogers-owned radio station 1310News, is a strong proponent of local news coverage.

But TV stations can’t keep making cuts and expect the remaining employees to deliver a stellar product, she said.