Does satire always need to be progressive?

'Silicon Valley' is being slammed for not tackling the tech industry's real-world problems. But must it? 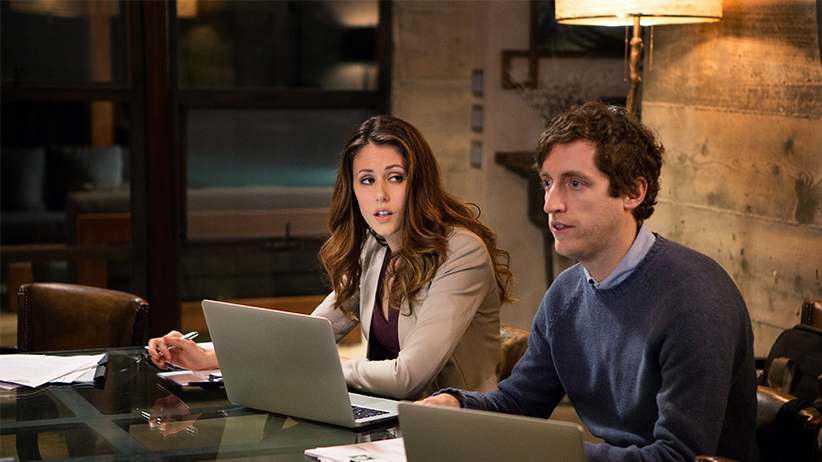 Is Mike Judge picking the wrong targets again? The creator of Office Space returned to the white-collar world last year with an HBO comedy about socially awkward men running a software start-up. Silicon Valley’s satirical story, about the adventures of a nerd who creates the world’s greatest computer algorithm by accident, has done well enough to get picked up for a third season. But while Judge used to be a critics’ darling, some writers have taken the show to task for not being hard enough on the real-world Silicon Valley’s sexism and gold rush capitalism. Eliana Dockterman of Time magazine declared the show is failing in its satirical duty of “effecting real-world change through its representations of women,” and the New Republic’s Esther Breger wondered why Judge can’t “add a little progressivism.”

The answer may be that Judge is that rare satirist who isn’t a progressive. A conservative streak has always been visible in his work; even Beavis & Butt-head, which conservatives attacked in the ’90s, had a liberal teacher as one of its main punching bags. “I’ve no idea if he’s a Republican or a Democrat—more likely, neither,” says Washington Free Beacon executive editor Sonny Bunch, who often writes about pop culture from a conservative point of view. “He seems equally distrustful of organizations and the unorganized masses, of bureaucracy and the rabble who elect the bureaucracy’s patrons.”

That came through most strongly in King of the Hill, a sympathetic portrayal of a Texas suburbanite Republican pitted against “twig-boy” bureaucrats and do-gooders.

These themes aren’t toned down in his movies. Idiocracy, his 2006 cult failure, portrayed a future where stupid people have taken over the world by out-breeding smart people; conservative Reihan Salam called it “the most stirring defence of traditional values since Edmund Burke’s Reflections on the Revolution in France.” Critic Vadim Rizov points to Judge’s most recent feature, Extract, “in which Jason Bateman’s small business is constantly being undermined by a lazy and incompetent workforce who only stop being bad at their jobs to try to unionize.”

None of this stood in the way of Judge becoming a critical favourite in the past. But Silicon Valley is airing in an era when critics are quicker to identify unpalatable political themes. Though Silicon Valley lampoons the sexism of the tech world with fictional apps like Nippler, which tracks “the location of a woman with erect nipples,” Judge seems to sympathize with the privileged men who star in the show. It mocks them, for being “pathetic, emasculated dudes,” Breger wrote, but not “the troubling system they’re a part of,” and the viewer is on their side as they try to deal with their new-found success and attractiveness to women.

That doesn’t mean Judge is on his way to being dismissed as just another right winger. For one thing, his work rarely crosses over into being didactic. King of the Hill is often considered his most openly conservative show, yet Graham Linehan, creator of The IT Crowd and Father Ted, says the show isn’t partisan: “Hank is conservative but his instinctive belief in authority, family and capitalism is the thing that takes a battering every week.”

Still, people who want more straightforwardly liberal satire, like the anti-sexist sketches on the current season of Inside Amy Schumer, may get frustrated with Judge’s cynical attitude. A recent episode dealt with the fictional tech start-up’s attempts to fix its woman problem, but it also took on the doublespeak that occurs when companies try to diversify: Jared (Zach Woods) told the team they need a woman because “it’s like we’re the Beatles, and now we just need Yoko.” New York Times writer Farhad Manjoo slammed the episode for failing to mount “a grandly subversive defence of gender diversity,” but Judge has never seemed interested in satire as a way to improve the world. Bunch points to a review at Mashable that said “Silicon Valley still has a lot of work to do in its portrayal of minority characters.” He adds: “I think a reason conservatives like Judge is that they can’t imagine him putting too much stock in a critique such as this.”