Does the future of live sports—and of television—lie in 4K?

4K is being hailed as the common revolution in TV. Will it turn out to be the new HD—that ubiquitous must-have—or the new 3D? 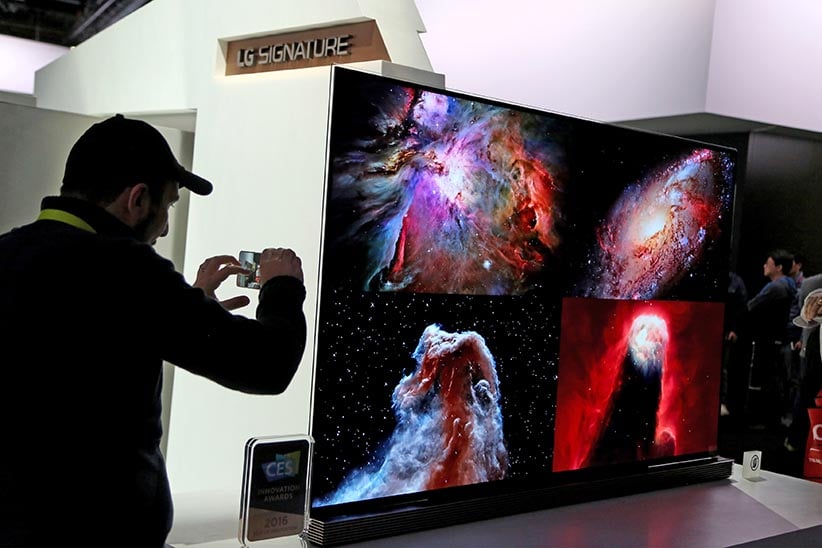 I don’t follow hockey and I don’t know a lot about high-definition technology, so naturally I attended a Rogers in-house discussion about 4K resolution TV and how it will affect hockey broadcasting. 4K is a technology that offers twice the pixel numbers of traditional HD (3,840 as opposed to 1,920), and Rogers (which owns Maclean’s) called the meeting to talk about its plans to start airing some hockey games in that format.

Well, despite my basic ignorance of the subject, it was of interest to me, because the history of television for the last 15 years, maybe more, has really been a history of sports broadcasting. Live sports is keeping much of the TV business afloat, and the success of HD television can in many ways be traced back to people’s desire to see their favourite sporting events in better quality. There’s more pressure than there was 15 years ago to get in on the latest technological developments in how sporting events are carried, which is why both Rogers and Bell are touting 4K. As Sportsnet president Scott Moore told journalists on Monday, “We got into HD seriously in 2003,” even though the potential of HD television had been demonstrated many years earlier. These days there seems to be much more of a drive to adopt earlier and get customers in on the next big thing, whatever it is.

Will 4K be the next thing? It’s hard to say. As Moore noted at the meeting, a few years ago there was a lot of talk about 3D television, and then it never really took off. The hope this time around is probably that the enticement of better quality—and specifically, higher resolution—will be more tempting than 3D: 3D doesn’t necessarily offer any improvement in picture quality, so you can’t tell consumers that this is better than what they’ve been seeing before, just different.

While I’m in no great position to make predictions about the future popularity of 4K, I suspect it might depend partly on whether it is perceived as looking better. This isn’t even always about whether it actually does look better: I know people who watch HD television with motion smoothing that makes everything look like low-quality videotape, and yet they perceive it as looking better than SD television because of the wider screen. 4K doesn’t have that automatic advantage over SD, of having a different screen shape. It’ll need to find some other way of announcing its superiority to the viewer.

That may mean it’ll be extra important for 4K broadcasts to look as good as they can, which also means that the bugs in a new technology will have to be ironed out as quickly as possible. I asked Moore about the retraining that’s required to orient camera crews to 4K, and he replied: “The big thing with the training, as it turns out, is the viewfinders in the cameras are not in 4K, and they’re also small. And quite often the cameramen will be ever so slightly out of focus, because the sharpness is so pronounced. So they had to be talked into their focus. It was interesting to talk to some of the old-time British cameramen who would say ‘Oh, I’m always in focus,’ and then you’d go into the mobile truck, and they’re not quite.” He adds that the solution was “to make sure that there was a 4K feed into the viewfinders, to help them focus.”

I wonder if the future of 4K, then, might wind up depending on whether the final result looks clearly superior to what came before. In an era when people are happily watching TV on smartphones, no one really knows how much people are longing for high-quality picture. But HD took off, unlike 3D, because it became a status symbol. In the end, to succeed 4K may have to impress viewers not just as an upgrade in technology, but also as an upgrade in status.

FILED UNDER: 4k future of TV