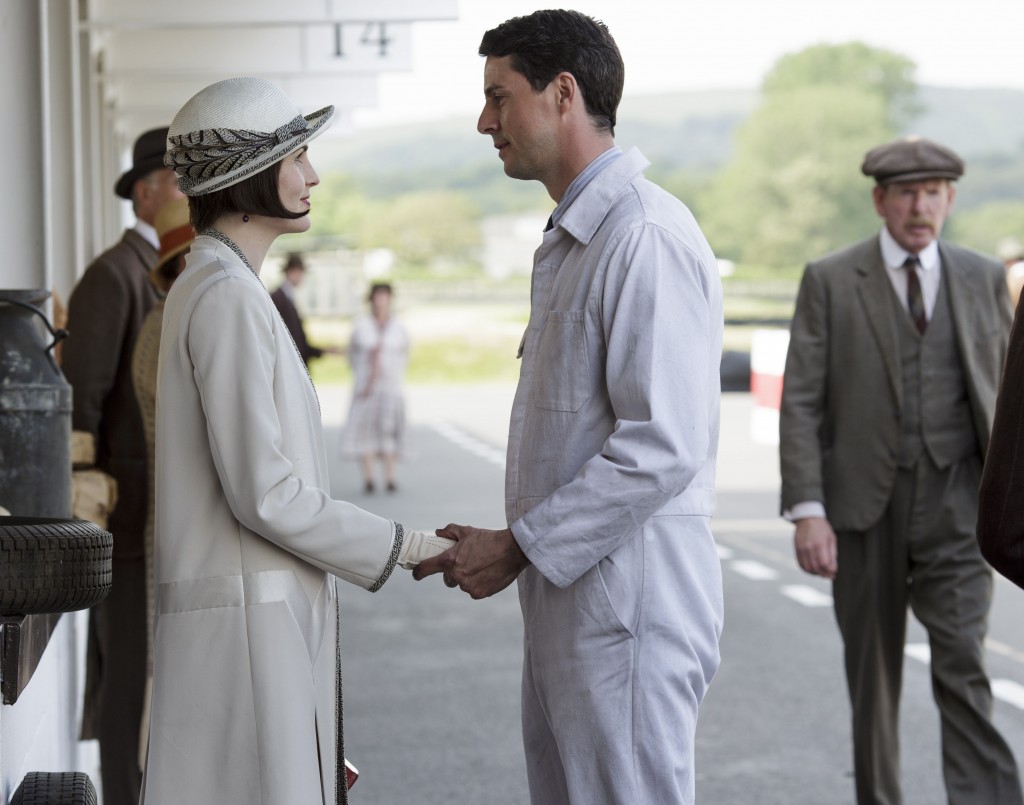 Comeuppance (noun): a punishment or fate that someone deserves

The third-last episode is packed with plot twists large and small as creator Julian Fellowes sets up the Big Ending to End All Endings.

After six seasons, dowager countess suddenly decides her wickedly sharp tongue is out of control, and decides to decamp to the south of France. “Your self-restraint is admirable,” says Mrs. Crawley. But while she’s still spitting mad, she helps Mrs. Crawley by setting straight the future daughter-in-law of Lord Merton whose sickly sweet exterior conceals a selfish, tough core: “You’ll a cool little miss. I’d feel sorry for Larry if I didn’t dislike him so much.” After delivering a few home truths to the shell-shocked bride, she advises Mrs. Crawley that she should abandon Merton to his greedy and selfish children.

Then it was time for Carson to get his just desserts. “I’ve had an idea,” says Mrs. Patmore to Mrs. Hughes, of how to deal with his complaints. Oh, dear, those two women could take down empires if they put their minds to it. It’s a diabolically clever, simple plan. Mrs. Hughes “hurts” her hand. She can’t lift, or make dinner. “I’m going to cook?” asks a horrified Carson. It’s all straightforward, she assures him, calling out a complicated list of instructions as he scurries and fetches. The potatoes burn, he forgets the cauliflower. He’s falling asleep from exhaustion when she tells him he can leave the washing up until the morning. One can see the new respect for the role of cook and bottle washer!

The third comeuppance is a long time coming. After years of conniving and scheming, Tom Barrow finally realizes how much he loves Downton Abbey and everyone in it, just as his job is being eliminated. “This is the first place where I’ve laid down some roots,” he tells a sympathetic Mrs. Hughes. When his tutoring of illiterate Andy is revealed, he isn’t praised but asked to step back by the schoolmaster, who wants to teach Andy by more professional methods. He’s left alone, sitting in the servants’ hall in the dark. Reap. Sow.

Lady Mary seems determined to live alone. For weeks, she’s been looking for any excuse to break up with Henry Talbot. Then comes his car race. It was never going to end well. “It feels like we’re trapped in some witches course for all eternity,” she mutters just before the crash that kills his best friend. When a distraught Henry calls her to say, “We don’t have a minute to waste, you and I. I must seize the day,” viewers could all but write her response: “No, today has made me realize something too, we’re not right. I don’t want you to give up anything, except me.”

Tom quickly figures out why she ditched Henry Talbot: “You’re frightened of being hurt again. You will be hurt again. Being hurt is part of being alive.”

One person who nearly gave up is Mr. Moseley. He’d once fallen so low, he was repairing roads in the village. But now, he’s become more than a servant, he’s about to be a professional. After taking tests at the school, he’s asked by the headmaster to join the teaching staff, saying “There are Oxford and Cambridge graduates who know far less than you do.”

If Moseley is beaming, then the episode ends with the earl over the moon. His mother left him a parting gift: a little golden retriever. Her predecessor had the unfortunate moniker of Isis. The puppy gets a rather more friendly one: Tiaa.