Downton Abbey: Of brides and wannabes

The fifth episode of Downton Abbey's final season: romance among the pigs 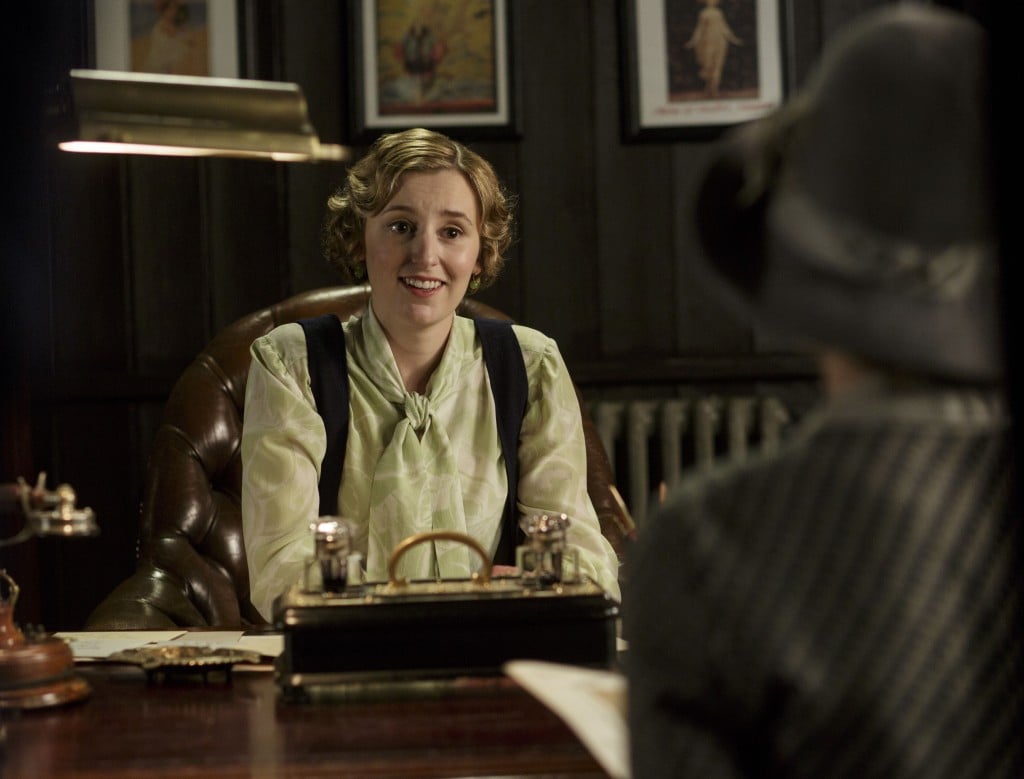 Will Lady Edith get a happy ending? Not if her older sister has anything to do with it, I fear. But I’m getting ahead of myself.

Everything in this episode points to a trip down the aisle as she spends more and more time with Bertie Pelham. His all-around niceness compensates for his lack of a flush bank balance (heck, she’s got enough for both of them). Not only does he not appear threatened by her high-powered career in magazines (and radical idea of hiring a female editor for a female-centric publication), but he gets her away from Downton Abbey, and her toxic sibling relationship with Lady Mary.

I think of Lady Edith as Downton’s version of Harry Potter. I never doubted the orphaned wizard would have a happy ending (as one expert said, “His life can’t suck and then he dies”). The same applies to Lady Edith. She has to face not Lord Voldemort but Lady Mary, determined to stamp out every one of Edith’s dreams, one hope at a time. Now older sis is sniffing around Marigold’s back story. She knows there’s a secret, and it involves Edith. She’s not going to rest until she finds out the truth. Then what?

The other two wannabe brides are surely Baxter and Daisy. The former screws up her courage to testify against the man who sent her to prison (in the end, he pleads guilty and gets 10 years), while loyal Moseley stands by her side. Meanwhile, in a neat matchmaking trick, the two men Daisy likes the most—Andy the footman and her father-in-law, Mr. Mason—bond over pigs. Start printing the wedding invitations now.

Now, let’s deal with the elephant in the room, or, in this episode, the explosion of blood at the dinner table. Of course, the earl’s collapse from a ruptured ulcer has everything to do with the interminable “whither the hospital” plot line, now in its fifth excruciating episode. Would he have survived if sent to the local hospital, would he live only because of the facilities of the bigger York facility? Who cares, since there’s not a chance he will die. 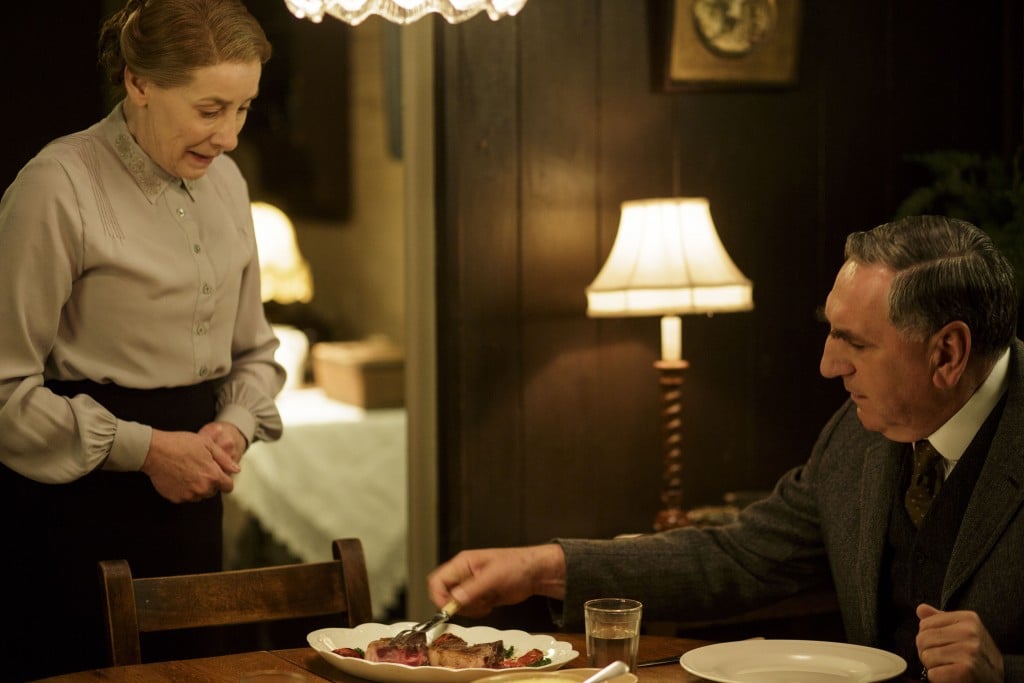 “When we unleash the gods of war, we must go where they take us,” says the dowager countess. It takes us into a small cottage with the newlyweds, Carson and Mrs. Hughes. With no Mrs. Patmore to whip up a delicacy, it’s left to the bride to struggle with a stove for the first time in decades, while the groom waits at the table. The plate is cold. She commits the faux pas of serving bubble and squeak as a vegetable with lamb. The meat is tough. Has Mrs. Hughes ever appeared so flustered? Has Carson ever looked so haughty?

When Carson continues on his tone-deaf path and asks Mrs. Patmore to upgrade his wife’s rusty kitchen skills—“She’s got some catching up to do”—was every viewer thinking that honing Mrs. Hughes’s skills with a sharp knife may not be best for marital civility?