Downton Abbey opens up a big tent, as an aristocratic circus 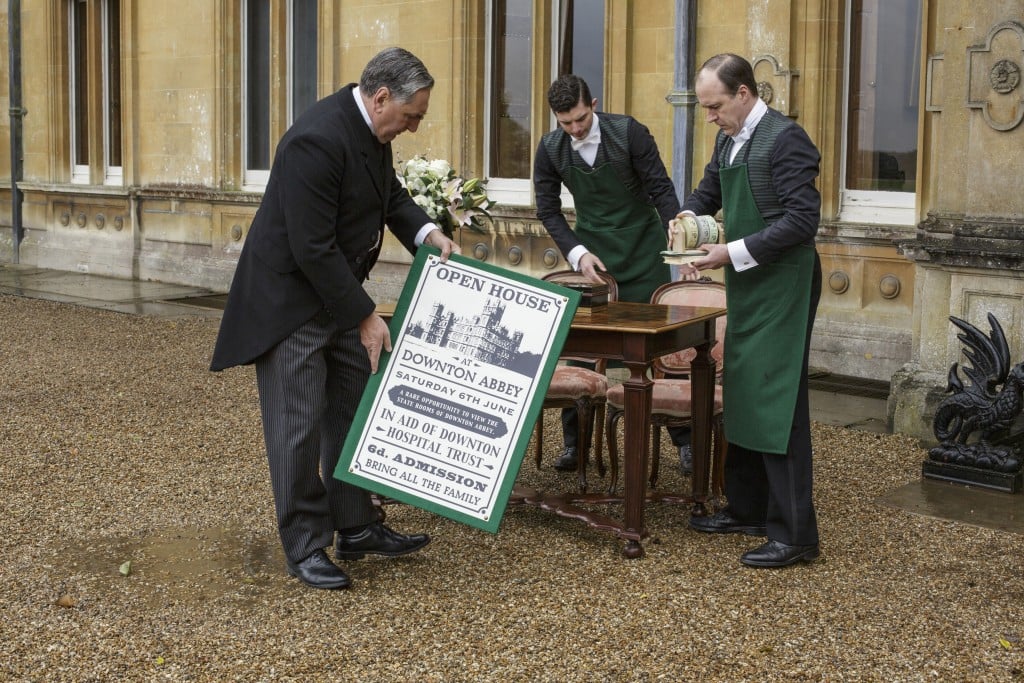 Carson thinks it will lead to a guillotine in Piccadilly. The earl is utterly bewildered. But Tom Branson, ever the forward-looking ordinary man, knows the future, and it lies in doing the unimaginable: opening the doors of Downton Abbey to the paying public. Why they want to see such an “ordinary” home baffles the dowager countess. “There is a curiosity about these places,” Branson says.

This time, it’s only for one day, with the proceeds going to charity. It’s also the start of a new way to make estates pay. Lands don’t produce enough to pay the maintenance bills, so families monetize the house itself by letting regular folk traipse through drawing room and libraries, gawk at the fine artwork and eat at a restaurant converted from a stable.

What was once a genteel affection—even Jane Austen had Elizabeth Bennet tipping the butler to see inside Pemberley—would soon become a necessity. If they can pull it off. At least the clueless Crawleys get some helpful advice from Lady Edith’s beau, Bertie Pelham, who recommends placing a servant in each room (to stop books walking out in pant legs), and roping off areas the family doesn’t want visitors to see. It will be the Crawley women who will usher around the visitors–women woefully unprepared for the hordes that descend on the house. Their bumbling efforts—I’ve never seen that before”—are downright hilarious.  “We are like circus animals, so different from the rest,” says Lady Edith.

It’s one more event that allows Tom Branson to shine. In the hot-house atmosphere of Downton, his level-headedness is a refreshing antidote to the antics of the Crawleys, especially Lady Mary, whom he’s constantly imparting with home truths. Including her fast-developing relationship with Henry Talbot, with whom Tom forms an instant rapport. The idea of falling for a racing car driver fills her with trepidation. It’s Tom who reminds her that love means opening oneself to pain. 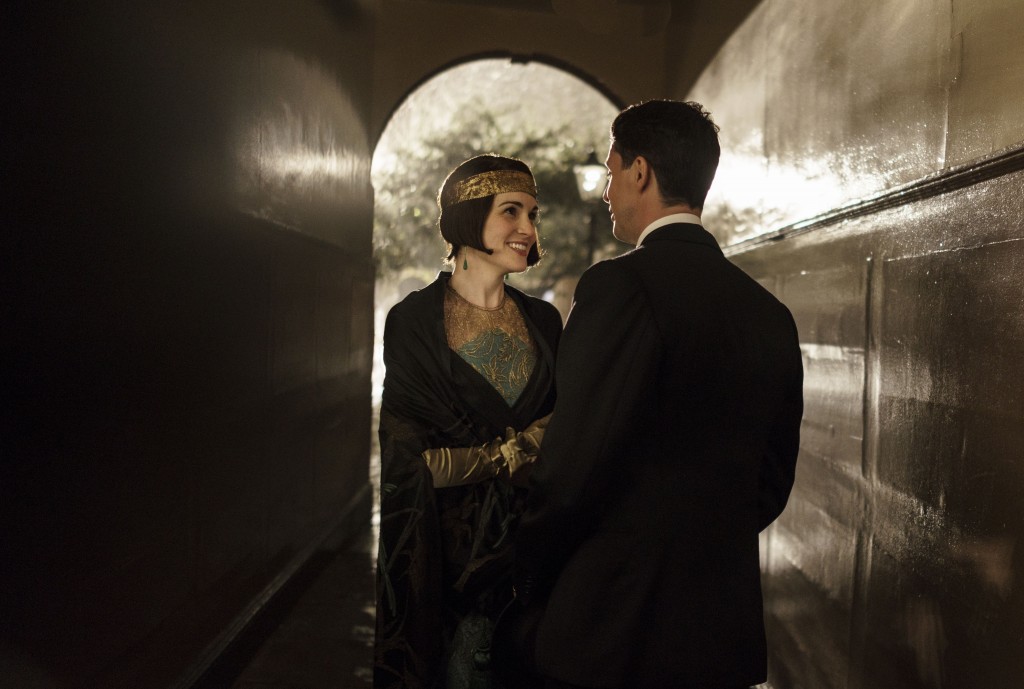 In the whole “love never runs smoothly” category, it’s part two of the Carson-Mrs. Hughes newlywed travails. In this episode, Carson takes obliviousness to a whole new level—”I want to start bringing things up to standard” at their cottage, which naturally involves suggesting his wife gets lessons in coffee making, and denigrating her housekeeping skills (should they have a footman do the polishing and a maid make those sharp corners Carson likes on the bed.) Then there’s another disastrous meal: no lemon or horseradish for the salmon, and no crispy skin on the duck.

Any more of this and Carson will end up like a victim in the board game Clue, killed in the library with a candlestick. (Mrs. Hughes would never chose something so obvious as a knife.)

On a happier note, the long-running, irritating “whither the hospital” plot line has finally ended. The local hospital is merging with that one in York. The dowager is being pushed out as president, and its the countess who will take her place. “Who is going to tell her?” Cora asks nervously. The explosion comes in the middle of Open House day, while the locals gawp and the servants’ jaws drop.

On an even happier note, the Lady Edith-Bertie romance is picking up steam, so much so that when he visits the house, they stop in the night nursery to see a sleeping Marigold. The only black cloud is Lady Mary, circling Marigold, determined to ferret out her secret.

Ironically, it’s a secret that reinforces Thomas Barrow’s bad reputation. Secretly teaching Andy to read and write, he leaves himself open to attack from Carson, concerned Barrow is taking advantage of a “vulnerable young man.”

“If I gave you my word that nothing improper had taken place? My word isn’t good enough, after so many years?”

“I wish it were,” Carson retorts dismissively.

The episode ends with Barrow, sitting in the kitchen in the dark, crying. He was so dismissive of Downton’s staff for so long that now he realizes he likes working there, it’s too late. Now he’s reaping what he sowed.