Downton Abbey: The class gap shrinks, and widens in other ways

Our Downton Abbey Devotees analyze episode four of the final season, where upstairs-downstairs is under threat 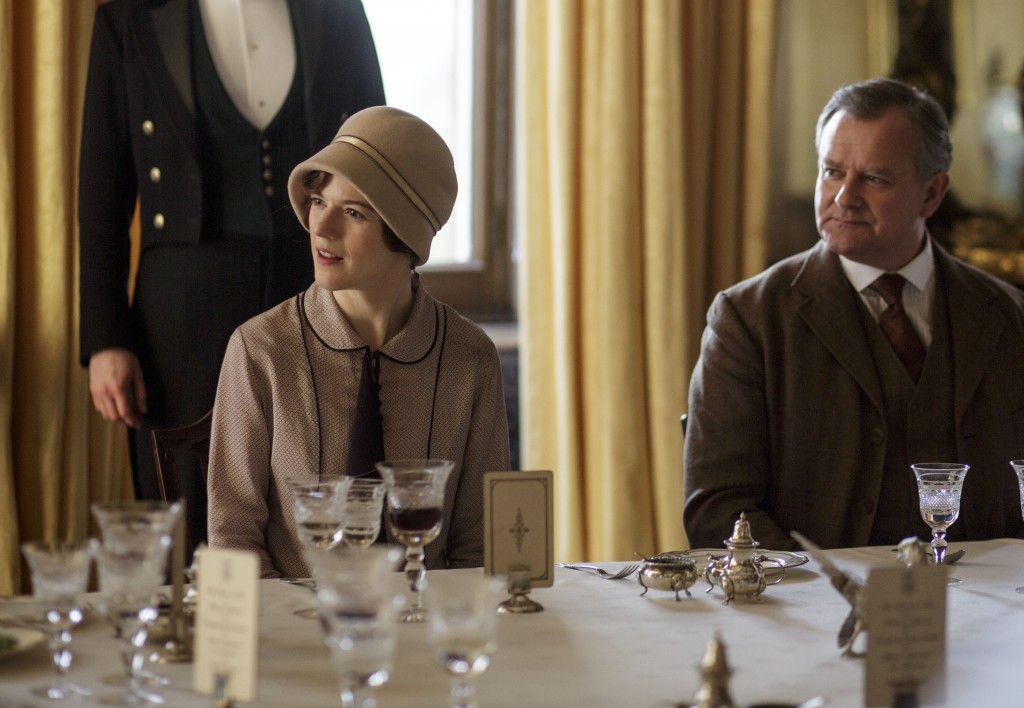 We bid you welcome to our weekly blog, Downton Abbey Devotees. We would be remiss if we did not caution that Downton Abbey season six secrets, even gossip, will be revealed in the writing below. We are concerned that the revelations may trigger a splenic attack for those unfortunates who haven’t seen the new episodes. Perhaps they should depart forthwith?

It’s 1925, and the once-strict divisions between upstairs and downstairs are crumbling. Still, it took a few minutes to recognize housemaid Gwen when she enters Downton Abbey via the front door with her husband, John Harding. They are invited to lunch by Rosamund, the earl’s sister, to talk about the women’s college they want to start.

A decade ago, such an idea, brought by a working-class couple, would never have made it into conversation at an earl’s dining room table. But with a generation of men dead on the battlefields of Europe and revolution in the air, anything is now possible, especially women’s entry into the workforce.

Yet there are those who resent those who have pulled themselves up by their own bootstraps. And at Downton, that person is Tom Barrow. He tries to spoil the Hardings’ presentation by letting slip her old connection. Alas, his plan backfires when Gwen disarms his attack by mentioning how it was Lady Sybil who helped launch her career by driving her to interviews and never letting her give up. “Her kindness changed my life,” Gwen says. And if there is one thing that can unite the Crawley clan, it’s their love of Sybil. “Thank you, Barrow of reminding us of Mrs. Harding’s time here,” says Lady Mary. Her father, however, knows his under-butler, and calls out his “lack of generosity.”

As the Crawleys lose more and more staff, there would have to be more interaction between the two ranks. So it’s no surprise that when Carson and Mrs. Hughes return from their honeymoon in Scarborough, Yorkshire, everyone—including the Crawleys—descend once again into the servants’ hall for a celebration. 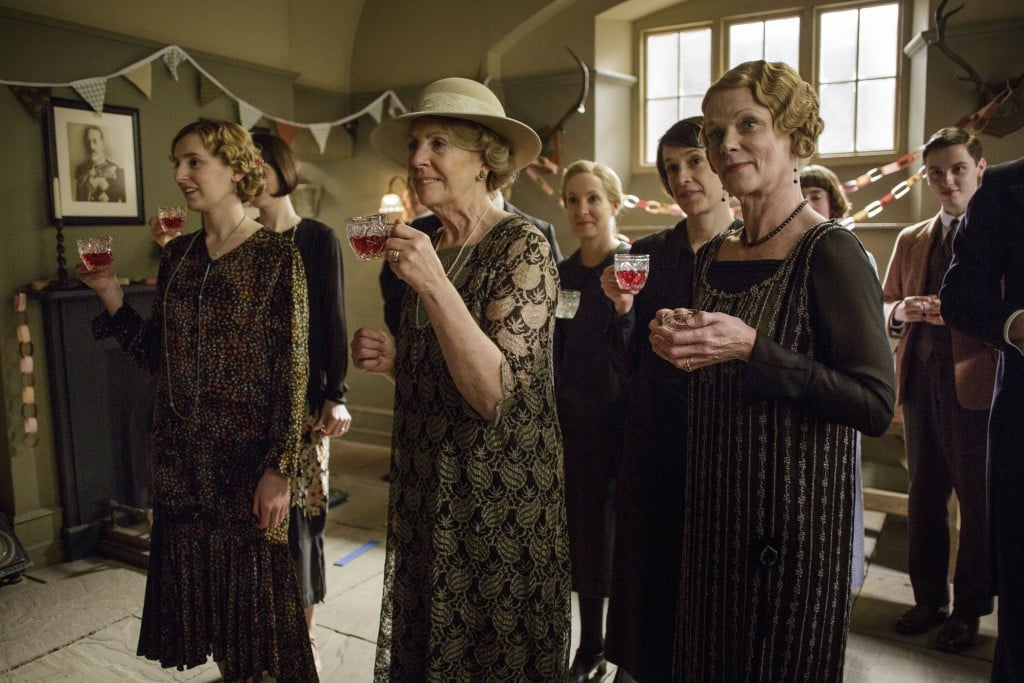 But for all their easy interactions, an ocean-wide gulf still exists. Even in the 1950s, the idea of a well-born woman becoming a nurse was an anathema to many. She would have to—gasp!—touch people. And since nurses were educated by hospitals, they were considered the product of a trades school. How common. Yet, even by the Downton era, a few eccentric aristocrats were rolling up their sleeves, including a surprising number of royal women. One of the most famous is Russia’s Grand Duchess Elizabeth who, after her husband’s assassination (he was a truly nasty guy) abandoned royal life for one of hospitals and religion. Captured by the Bolsheviks, she was thrown down a mine shaft with other royals, nuns and staff. Still alive, she tended their wounds and sang prayers until she was killed by grenades thrown down the shaft.

Enough social history. Back to the soap opera.

I’m skipping over the tedious hospital fight. The zingers are lovely (When Edith says that Mrs. Crawley is entitled to her arguments, the dowager countess shoots back, “Yes, but she’s not entitled to win it.”) but it’s been four episodes. Nothing should ever go four rounds in a soap opera.

The only saving grace is that, in some odd connection to the hospital story line, Henry Talbot comes back into the series and Lady Mary’s life. And guess what: he might have an impeccable pedigree, but he’s got to work for a living. The chemistry between those two is positively combustible.

Speaking of fire, what’s up with Daisy? After pushing the countess to get Yew Tree Farm (the newly vacated tenancy of the Drewes) for Mr. Mason, she nearly explodes on the woman, thereby undoing all her efforts. Daisy’s wound up so tightly that she’s almost vibrating with rage. It’s utterly bizarre—so much so that the whole downstairs worries she’s going to get fired. I worry that she’s going to have a stroke or heart attack. Before the last season, I’d hoped for the death of a series regular, and had nominated irritating Daisy. Maybe I should have placed a bet?