Excess of choice does not mean complexity of choice 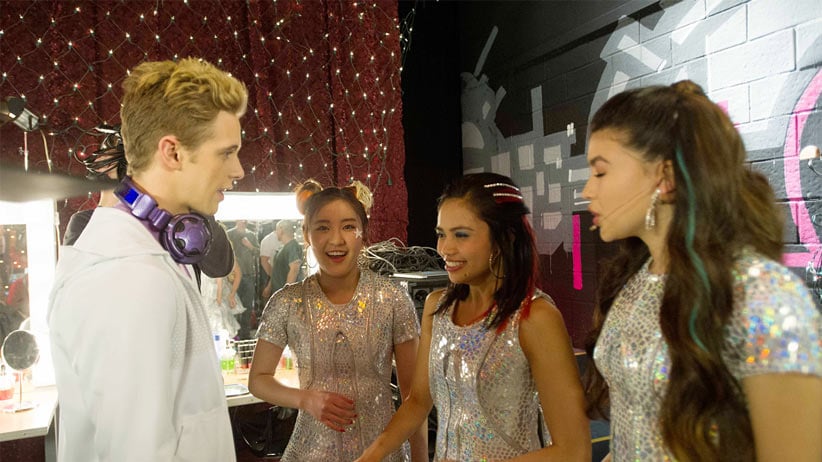 On set during Season 1 filming of Nickelodeon’s “Make it Pop” with Nick Cannon.

There isn’t enough diversity on TV. The charge is made every year by bloggers, actors and activists and if, like me, you watch a lot of TV, it’s sometimes hard to believe. From the hyper-specificity of Netﬂix, which offers subcategories like “TV shows featuring a strong female lead” to TLC, curator of the world’s weirdest and vilest in self-exploitation, it often feels as though there really is something out there for everyone. Even John Landgraf, CEO of FX, a subsidiary network of Fox, told entertainment press this summer that there is “simply too much television” in the world right now—so much, he predicts, that by the end of the year viewers will have more than 400 scripted TV series to choose from.

But excess of choice does not mean complexity of choice. And though there may be an abundance of shows on the small screen, studies indicate they tend to feature the same characters: those who are white and male. According to UCLA’s 2015 Hollywood Diversity Report, the charge that there isn’t enough diversity on TV is totally warranted. “From the earliest days of the industry,” the report states, “white males have dominated the plum positions in front of and behind the camera.” The difference between then and now, though, is that “business as usual may soon be unsustainable.” According to the UCLA study, “Evidence from this report (and its predecessor in the series) shows clearly that America’s increasingly diverse audiences prefer diverse content created with the input of diverse talent. Diversity sells.”

It seems likely that former Nickelodeon star Nick Cannon had this idea in mind when he teamed up with TV producer Thomas W. Lynch to create Make it Pop, a Glee-style kids show inspired by Korean pop, starring three Asian female leads. The show, filmed in the same Toronto studio where Aubrey Graham—a.k.a. Drake—wheeled around Degrassi Community School as Jimmy Brooks, tells the story of four boarding school students who dream of making it big in the music industry. Sun-Hi Song, Jodi Mappa and Corki Chang, with the help of their DJ friend, Caleb Davis (the show’s only Caucasian leading character) decide to form a pop group called XOIQ. They sing, they dance, they infuriate their school’s administration and they prove that the most interesting television show tackling the diversity shortage in entertainment exists not within the realm of TV for adults, but within the realm of TV for kids.

Related: On Fresh Off The Boat and why Asians aren’t represented in popular culture

Make It Pop, which debuts in Canada Sept. 9, doesn’t merely have a K-Pop aesthetic (bright colours, elaborate sets). The original songs written for the show sound unmistakably like chart-topping songs in South Korea, and the actors (in particular, Megan Lee as Sun-Hi and Dale Whibley as Caleb) exaggerate their movements and facial expressions in classic K-pop style. Cannon, 34, now the chairman of TeenNick for Nickelodeon, the network producing Make It Pop, is a long-time fan of the genre. “I went over to Korea and I thought, ‘Wow, there is something to this,’ ” he says. “When diving into this world, we will get the opportunity to blaze some new trails. Hopefully, this will be the first of many.” 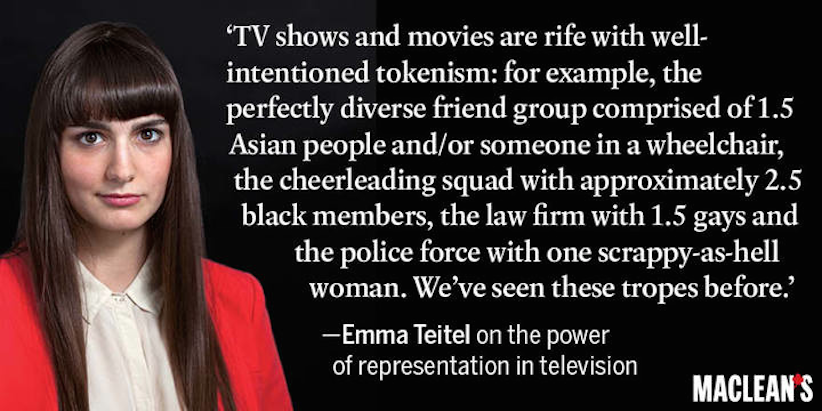 Cannon and co-creator Lynch are not the only producers blazing trails in kids TV. Another Nickelodeon alum, Dan Schneider (creator of iCarly and The Amanda Show), is the force behind Game Shakers, premiering this month, a show about two 12-year-old girls who start a multi-million-dollar gaming company. And Netflix (perhaps in pursuit of even more specific sub-categories) recently launched Project Mc2, a show for tweens about an all-female spy agency. Think Charlie’s Angels with a female Charlie: an “intelligence chief” called “the Quail” played by former Wonder Years actress and real-life mathematician Danica McKellar.

What makes these shows revolutionary, in a sense, is not their basic attempts at racial and gender diversity, but their willingness to upend the conventional way in which diversity is portrayed. TV shows and movies are rife with well-intentioned tokenism: for example, the perfectly diverse friend group comprised of 1.5 Asian people and/or someone in a wheelchair, the cheerleading squad with approximately 2.5 black members, the law firm with 1.5 gays and the police force with one scrappy-as-hell woman. We’ve seen these tropes before and welcome as they may be in a homogenous entertainment landscape, it is endlessly refreshing to watch shows—kids shows in particular—that don’t cleave to the “one is enough” standard. There is power in representation. But there may be greater power in numbers.