Last night's winners, losers and what the Emmys tell us about the psychology of television right now 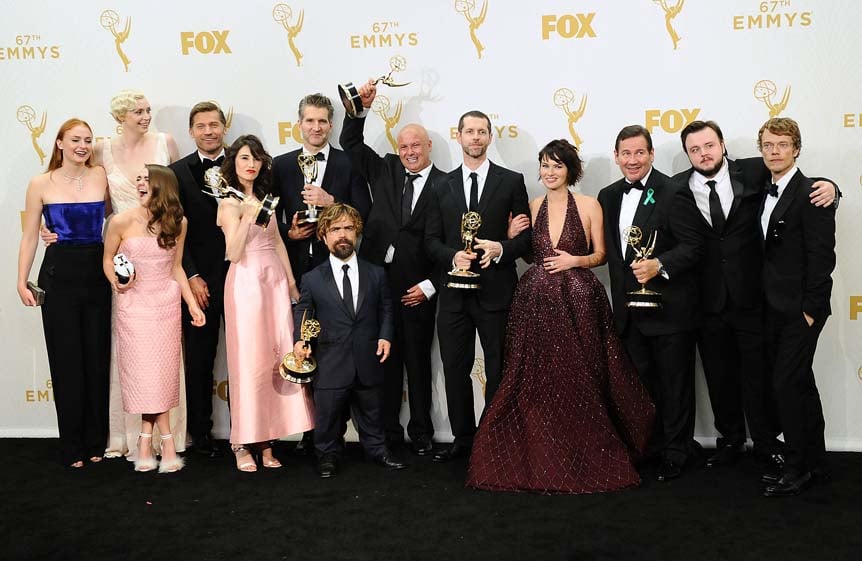 Every year they give out the Emmys and every year the show isn’t very exciting. Maybe they ought to stop, or switch to computer animation or something, because it’s hard to come up with new words to say that the show isn’t very exciting. But in brief, Andy Samberg always seems awkward in front of an audience (on Saturday Night Live he was famous for only being effective in pre-filmed bits). The clips of the comedy writers talking about what makes good comedy writing were funny. Samberg and Seth Meyers doing their tribute to Lorne Michaels was a reminder of just how many non-threatening dude comedians he has unleashed on the world.

But if the Emmys aren’t a spectacular show, they’re arguably the most interesting of the big awards. They may get a lot of things wrong, but they tell us a lot about the psychology of the industry and what they wish they were making, or where they wish they were working.

As Transparent and Veep started to rack up wins in the comedy category, one of the stories of the evening became the question of who would take the big prize. As it turned out, it was Veep, because this was an HBO kind of night. At least it finally broke the uninterrupted Modern Family streak that was starting to make everyone point fingers, but it wasn’t exactly a daring choice. Then again, the Emmys have never been known for daring, unless it’s daring to give an obscene number of awards to one network.

In the drama category, the question was who would move into the top spot now that Breaking Bad was gone. Some of us thought it was time for Mad Men to step back into the breach, but it turns out that the Emmys didn’t just fall in love with Breaking Bad, they fell out of love with Mad Men. The only person who benefited was Jon Hamm, the first and last Mad Men performer ever to win an Emmy for acting. The low-key, almost Kubrickian style of the show simply isn’t showy enough to impress voters, but Hamm managed to sneak in because Bryan Cranston was gone, and there was no nominee from Game of Thrones.

Because the undisputed new champion is Game of Thrones, which had already won many of the technical awards, and added best writer, director, supporting actor and best drama (this last win became so obvious that I had it penciled in as the winner before it won, and I think most people did). Ever since Mad Men came along, a recurring subplot of the TV world has been HBO’s attempts to find a show that would restore it to Emmy supremacy. Boardwalk Empire, famously, was not that show and wound up being cancelled early, but Game of Thrones has finally done it—mostly by waiting out AMC, but still, it did beat Mad Men head to head. It reestablishes HBO as the big drama place, with AMC as a network more dependent on its one big franchise (The Walking Dead), and Netflix still looking for a drama that’s better than House of Cards and more dramatic than Orange is the New Black.

So there we have it: two parallel plots, both with HBO endings. They won more awards in this show than all the other networks combined. Does that make HBO the leading network now? Maybe, though note that both the big winners are long-running shows that cleaned up after the perennial winners were either gone (Breaking Bad) or lost the love of the voters (Mad Men, Modern Family). HBO may not so much be the industry leader as the network that happens to have the safest choices at the moment. HBO, oddly enough, represents the middle of the road in the TV business: not as lowbrow as the broadcast networks, but not as confusing as the new outlets.

These stories were interrupted, as these shows always are, by the movie/miniseries awards, which are impossible to talk about because only the series awards are really relevant. This year they were slightly more interesting because the usual winner, HBO (of course), had one win taken away from it by ABC’s American Crime, Regina King’s win for Best Supporting Actress. This may indicate to the broadcast networks that they should invest more in seasonal anthologies and limited series — they may have a chance of competing with HBO and Netflix there, at least a little bit.

Except in a few acting categories, it was a poor night for the broadcast networks. Allison Janney got yet another Emmy for Mom, partly because she constantly wins Emmys and partly because Chuck Lorre happens to be very good at creating showy parts for actors. (Casting is one of his skills; writing to actors’ strengths is another; and if you have those two skills, you have the majority of what it takes to be a successful showrunner.) Viola Davis took Best Actress for ABC’s How To Get Away With Murder. I don’t think it’s a coincidence that the broadcast winners were mostly actresses: cable, famously, is weaker in parts for women than for men.

But in most categories, broadcast just gets wiped out. As Vulture‘s Joe Adalian pointed out on Twitter, Best Director winner David Nutter is the most prolific and sought-after pilot director in broadcast TV, yet his only wins and nominations for directing have been for HBO shows; there’s just no easy way to impress the Emmy voters if you’re on broadcast, and it’s not likely to change for a while.

The new, looser rules for Emmy voting resulted in a less predictable slate of winners for the smaller awards, but I don’t know what if any effect they had on the awards we saw tonight. Another new rule, forcing hour-long shows into the drama category unless they beg for a special dispensation, probably didn’t have much effect; Orange is the New Black was the only major drama nominee that had to switch from the comedy category, but since it might have split the comedy vote with Transparent, Netflix was better off doing it this way. And it made Uzo Aduba (who plays Suzanne, a.k.a. “Crazy Eyes”) the first person to win an Emmy in both categories for the same role in the same show (Ed Asner won for the same role in two different shows).

The most important rule change, perhaps, was the separation of the Variety award into two categories: talk and sketch. Inside Amy Schumer won the first sketch award, a category where three of the five nominees were on Comedy Central.

The institution of the award, and Schumer’s win, really establishes how much Comedy Central has done to change and revive sketch comedy in recent years. The Comedy Central format for sketches—single-camera, filmic, interspersed with more personal or documentary-style moments—isn’t new (The Ben Stiller Show fits all these criteria), but it has become the state-of-the-art sketch form, reviving the relevance of the genre. And it may make up for the fact that, with the loss of Stewart and Colbert, they may not dominate the talk category as much. Maybe more importantly, the new category caused the award to go to a show that isn’t as traditional as Veep or as big a hit as Game of Thrones.

Maybe that’s what the Emmys need to liven them up: more new categories, as many as you can think of.