Andray Domise: Why fantasy TV shows and movies like 'Game of Thrones' should ignore the genre's core Medieval tropes around race 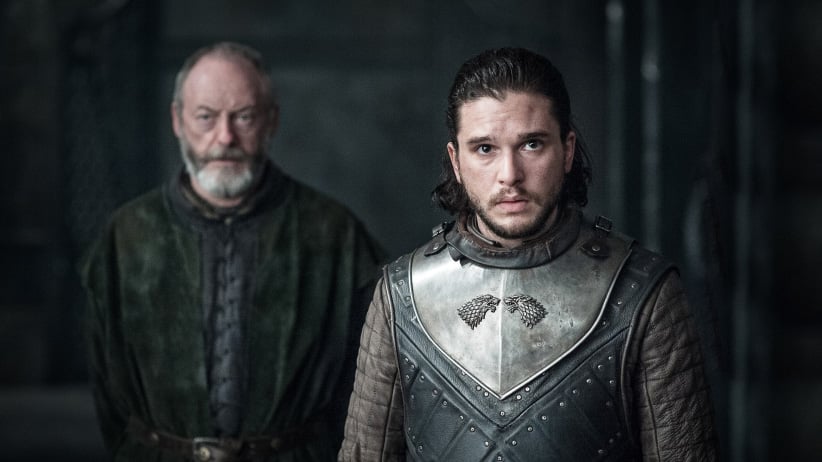 When HBO’s Game of Thrones returned for a seventh season last month, it smashed ratings records. Despite rampant piracy and the show’s premiering in the summer—it normally begins airing in springtime, when TV viewership is typically higher—the wildly popular fantasy series picked up 50 per cent more viewers than last season’s premiere. But the show opened with renewed criticism of a strain that’s dogged it since we were first introduced to the Starks and the Lannisters: Game of Thrones has a diversity problem. Despite introducing more than a hundred characters of prominence over its seven seasons, only a dozen or so with speaking roles could definitively be said to be people of colour. And even with the show’s extensive on-screen depictions of sex and romance, it wasn’t until the second episode of this seventh season that two characters of colour so much as shared a kiss.

This is, however, just the highest-profile example of a genre-wide problem for fantasy film and TV shows. While the film adaptation of J.R.R. Tolkien’s The Lord of the Rings brought the genre to unprecedented mainstream prominence nearly 20 years ago, fantasy has remained fixed in a state of obsessive Eurocentrism ever since. Criticism for lack of nonwhite representation has persisted in the literary fantasy genre for decades—where parents and educators are stakeholders alongside young readers—but the genre, within the television and film industries, has been able to avoid addressing the issue until the internet made it impossible to do otherwise.

Urban fantasy author Daniel José Older, whose writing talent and popularity on social media pushed his Bone Street Rumba series to the New York Times bestseller list, has used his platform in fierce advocacy for representation in the fantasy genre in print and film. Activists and speakers like Jamie Broadnax, Mikki Kendall, and April Reign (whose wildly popular #OscarsSoWhite hashtag pushed the Academy to reform and diversify its ranks) have turned casual conversations among geeks of colour on the importance of representation into globally trending topics. Even celebrated actors like David Oyelowo (Selma, Queen of Katwe) and John Boyega (Star Wars: The Force Awakens, Detroit) have added their voices to the criticism.

All of this highlights a particular strangeness to the fantasy genre’s inability to evolve. Authors, showrunners, and certain corners of fandom seem to be able to conceptualize everything except worlds that reflect the diversity of the one we live in. How, then, can the fantasy genre truly live up to its name, when its paradigms are so bloody familiar?

Ostensibly, the appeal of the fantasy genre lies in transporting the viewer to strange new worlds. For the most part, the genre is rarely presented outside the boundaries of a mythological Britain first popularized in the 1960s by Tolkien’s Middle-Earth, and later ossified in the 1970s by the tabletop role-playing game Dungeons and Dragons. Despite the richness of mythological lore found in feudal Japan, imperial Songhai, and dynastic China, medieval sword and sorcery dominates the western screen.

The common refrain offered up by genre apologists is that, audiences might suspend their disbelief for dragons and ice zombies, but the historical inaccuracy of diverse casting would kick the viewer out of the story. At first glance, it’s easy to concede this argument because Medieval Britain (and northern Europe, for the most part), was in fact very, very white. Foreign trade did bring some measure of ethnic diversity to European cities and ports, and plenty of historical evidence exists to place the Moors of northern Africa in England and Scotland from the 15th century onwards. It could hardly be argued, though, that the mostly village-bound peasant class would be aware of their presence.  On the other hand, the appeal to “historical accuracy” leans on a flimsy and self-defeating presumption: that the point of fantastic storytelling is to affirm the past through the lens of the present.

For some historians who have considered the issue, this excuse is more dead than the Reynes of Castamere. “If history is the search for truth,” said Mike Stuchbery, a U.K.-based historian and writer, “then continuing to represent the late Medieval period as exclusively white only serves as an artificial barrier to scholarship, public engagement and to sparking a love of history in young historians of colour.” Stuchbery recently came to some prominence for his deft takedown of Infowars editor-at-large Paul Joseph Watson, who criticized the BBC for depicting a Roman military officer and his family as Black in its “Life in Roman Britain” animated short.

Stuchbery suggests the backlash to calls for diverse representation—backlash that’s often driven by internet trolls and the alt-right—go deeper than a need for accurate portrayals. “We all have a distinct image of the past in our heads, and believe that what we have achieved as a people, we achieved ‘all by ourselves’. When we begin to talk about the other cultures that contributed, some may feel the chair is being kicked from under us.”

Tom Holland, an English writer and documentarian specializing in the Medieval era, expanded on the sentiment. “In a sense, what some are worrying about is a feeling of, ‘this is our culture, this is our history.’ They want to keep it,” he says. “What was culturally distinctive about Western history is being blurred by the fact that we now live in increasingly globalized societies. There are people who are happy with that, and content with that…but there are also people who are not happy with that. [They] feel that what made them distinctive is being threatened. If suddenly you find your past is being populated by people who were not necessarily there, you may feel that your culture is being appropriated.”

A seductive argument, perhaps, but when broadly applied to fantasy storytelling, it casts the genre as a dragon’s hoard to be guarded jealously from outsiders. While hewing to historical accuracy and cultural demographics in Medieval Britain may have been important for, say J.R.R. Tolkien’s Lord of the Rings (which, in Holland’s view, was written as a modern meditation on the fantastic elements and legends which shaped early Medieval history), no such dogmatism is needed in the broader fantasy genre—not even if Tolkien’s work has served as a seedbed. “There’s a difference,” says Holland. “I don’t know how anyone can think that accuracy is important in a work like Game of Thrones, when the whole point is that it’s a promiscuous mixing of different periods of history and different cultures. It is the literal equivalent of [the video game series] Civilization, where you get Aztecs fighting Alexander the Great: It’s an enormous mix-up.”

At a time when diverse representation has a direct correlation to TV ratings and box office receipts, viewers are increasingly wary of fantastic stories that either erase or whitewash people of colour from the narrative. Witness Exodus: Gods and Kings and Gods of Egypt, both of which failed spectacularly at the box office amidst accusations of whitewashing. Or the TV series Chronicles of Shannara, based on the Terry Brooks novels, which depicts a dystopian fantasy version of Seattle in which people of colour are barely present; it floundered in its first season, and was punted from MTV to its sister station Spike. Earthsea, based on the Ursula K. Le Guin novels, was so egregiously whitewashed that Le Guin herself took to Slate and denounced the miniseries.

Of course, Game of Thrones—with its massive fan base and staggering ratings—is hardly struggling. HBO’s flagship series will continue to draw record viewership even if every last character of colour fails to make it through this season alive; Valar Morghulis, after all. But the show has an unprecedented opportunity to break down the fantasy genre’s hoariest and most indefensible traditions: a white-by-default mode of storytelling and casting that has defined the genre for decades. Certainly, the show’s viewers tune in for dynastic struggle, bloody warfare, and political intrigue, but history lessons? Hardly.

Daenerys Targaryen—the rightful Queen of the Seven Kingdoms and herself a loose riff on Henry VII—spent two seasons overthrowing a Phoenician city-state with an army of Spartans, before sailing across the channel abetted by Vikings and Andalusians. She now sits atop an obsidian throne guarded by proto-Mongols, and hopes to reconquer a kingdom currently ruled by a nightmare fusion of Julia Soaemias and Queen Margaret of Anjou. If any viewer could possibly be jarred out of this story by a person of colour showing up on screen—that is, one who’s neither a slave nor a pirate—let’s just say their hang-up isn’t historical accuracy. And if there’s a portion of fandom out there who would rather change the channel than be entertained by fresh stories and reimagined cultural dynamics? Maybe the genre would be better off finding an audience outside of prigs, pedants, and killjoys.

In the end, it’s all make-believe anyway.