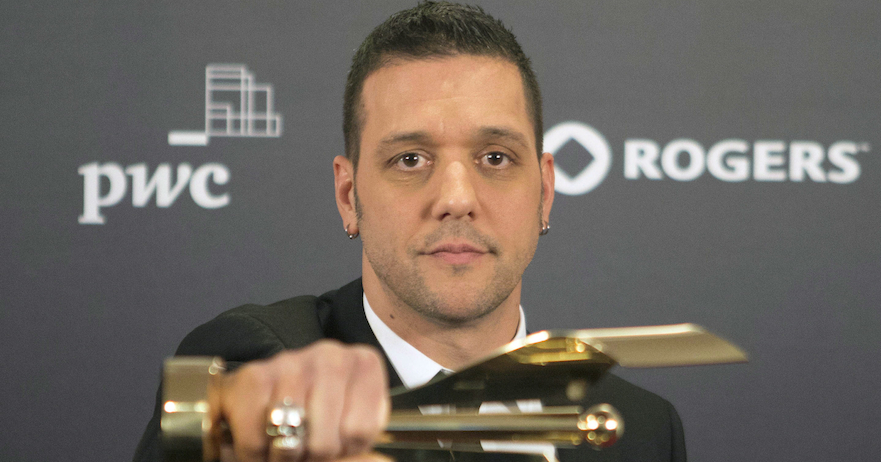 George Stroumboulopoulos will host Hockey Night in Canada and other NHL coverage when Rogers begins broadcasting games this fall, the company announced Monday.

Rogers, which is the parent company of Maclean’s magazine, announced the current host of CBC’s George Stroumboulopoulos Tonight will join Don Cherry, Ron MacLean, Daren Millard and Jeff Marek in hosting duties, starting in the 2014-15 season.

“We know how passionate fans are about hockey, and so we’ve brought together the best anchors to deliver the best hockey experience to Canadians,” Scott Moore, Rogers president of Sportsnet & NHL Properties, said in a release. “George is one of the smartest and most versatile broadcasters in the business, and Ron and Don are icons in the hockey world. Along with Daren and Jeff, our new broadcast team brings a tremendous amount of talent, expertise and personality – and most importantly, they all possess a supreme passion for hockey.”

In November, Rogers announced that it had purchased the broadcast rights for Canadian NHL coverage, beginning in fall 2014, in a 12-year deal worth $5.2 billion.

Though Stroumboulopoulos currently hosts a current affairs program on CBC, he got his broadcast start in sports radio, working for four years as a sports reporter at radio station The Fan 590 (now Sportsnet 590 The FAN).

“Hockey is one of my deep-seated passions and I’m thrilled to be going full circle, returning to my roots in sports broadcasting,” he said in a release. “It’s a dream for me to work with Ron MacLean and Don Cherry, as well as my old friend Jeff Marek who I started my career with. I’m also looking forward to working with Daren Millard and the entire team at Rogers.”

Rounding out the coverage are Millard, a veteran Sportsnet broadcaster, and Marek, the current host of Hockey Central on Sportsnet.