Girls recap: How well do we know one another?

Shoshanna plays detective and there's trouble ahead for Hannah and Adam 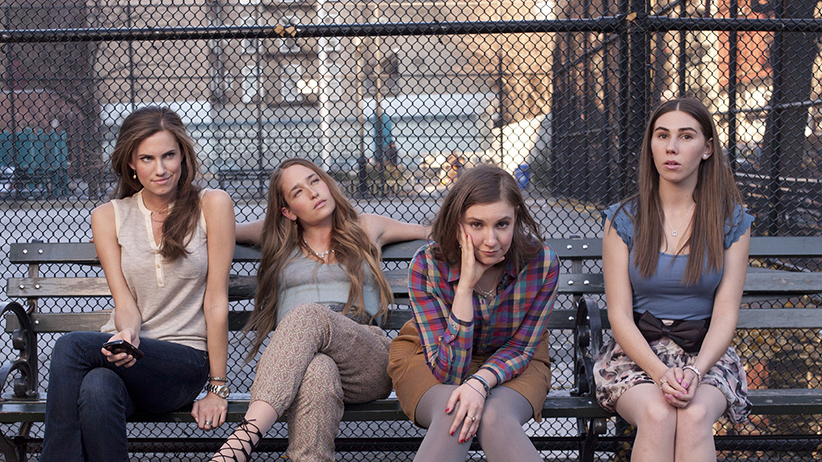 When have we had enough?

How realistic is it that Shoshanna was able to track down Jasper’s daughter (Dot) and convince her to stage an intervention for her father at a restaurant? Probably not very. But conceit accepted, I suppose, as it managed to do two things: First, it forced Jessa to finally admit she is indeed a “junkie” (though we’re still not entirely sure what exactly she’s addicted to—drugs, maybe, but probably plenty of other things, including adrenaline and her own sense of self-importance); and second, it followed through on the promise that Shoshanna seems to have made to herself to become more than just the cute afterthought in this group.

But it was perhaps Dot’s description of Jasper as he is—or used to be—without the drugs that was perhaps the real reason to get it all done. “He trains hounds,” Dot tells Shoshanna and Jessa as Jasper sits across from her. Jessa laughs it off, as if impossible, but Jasper nods that it’s true. “He hunts, he sings, he wakes up early to get papers and muffins, he watches foreign films with me and does all the voices,” Dot goes on. “He explains the universe so that black holes sound cool.” Jasper begs her to leave him and forget she ever saw him in his afflicted state, and then appeals to her selfish side: “Haven’t you gone through enough… Aren’t you just sick and tired of all that you’ve had to put up with?”

It’s a moment of clarity for everyone, not just Jasper. He has been an odd character to this point, a druggie jester offering pithy insights now and then. But Dot gives Jasper some substance. We know him suddenly, as we never have before.

And so Jessa is turfed for now, and handed over to Shosh for safekeeping. As she sits on the steps outside their apartment and admits to Shosh that she’s a junkie, Jessa appears at the end of whatever rope she’s been swinging from for the season. She’s always had another one ready to grab to keep right on going, one rope to the next, letting her own momentum carry her. But Jessa looks very defeated. Whether her admission was a genuine recognition of her afflicted state or not, perhaps she realizes she is out of new rope by now. At the very least, she must be tired of swinging.

How well do we know one another?

Early on, before Shoshanna took part in this season’s first Jessa rescue attempt, we will remember a taco night. It was then we learned what became of Marnie’s ex-boyfriend (the infamous pizza dinner that never happened) and also when Adam offered to her as comfort a description of a perfect world: Just because you think you know someone because you know their middle name or favourite record or whatever, it doesn’t mean anything. “Anyone can have that,” Adam explained. “Really knowing someone is something else. It’s a completely different thing and when it happens you won’t be able to miss it. You will be aware. And you won’t hurt or be afraid, ok?”

And we’ll remember, too, that Hannah heard Adam’s words as a testament to their own relationship. “I just felt like I know you,” she told him later in that episode. “No matter what your crazy ex-girlfriend says, I really know you.”

Which now sounds less like the reassurances of someone deeply in love, and more like lovestruck delusions.

Fearing the spice and spontaneity has disappeared from her sex life with Adam, Hannah stages an elaborate evening where she meets Adam in a random bar, posing as a different person. Hannah, decked in a blonde wig, approaches Adam under the guise of being a middle-aged married woman, whose rich husband is away too often to satisfy her. Adam catches on quickly and plays along—even after Hannah convinces a random man on the street that Adam is grabbing her inappropriately and the man punches Adam in the face. They eventually end up at Marnie’s apartment, which Hannah has borrowed for the night to use for the storyline she’s concocted.

As she disrobes, Hannah encourages Adam to be forceful (he brandishes a knife in jest), and there’s a brief moment where that old Adam, the one who for the first season or so displayed worrying tendencies to be degrading, rough and sometimes downright odd during sex. “Crawl on the bed,” Adam tells Hananh. “Put a [straw]berry in your mouth, swallow it whole you can’t just have part … From now on, the rule is, you can’t just have part. You have to take the whole thing or nothing.”

But halfway through it all, Hannah suddenly starts changing the storyline. She tells Adam she’s the cool girl at school who usually only hooks up with the football players, but has now decided to have sex with the “school weirdo.” Adam gets up, annoyed. “I was just trying to do it the way that we used to,” Hannah argues. “It wasn’t all creepy and thought through like this,” Adam retorts, “it was just coming to us in the moment.”

It goes on from there. Adam’s sexual motivations were never planned out, he says, and hooking up with random girls at bars was what he did to keep from drinking. But then, he explains, he fell in love with Hannah, and it all changed: “I wanted to have sex with just you, as us.” Then, a moment later: “You think I’m some angry f–king sociopath who likes to meet older women in bars and intimidate them into f–king me?” he asks Hannah. “Because I can do that, but I have a job to do now and I’m trying to focus and I’m not here to fill up your life with f–king stories for your f–king Twitter.”

“I can’t do this, I have to focus. Ray said I could stay with him for a while,” Adam reveals.

“What? you’re going to go stay with Ray for a while?

“Just through the rehearsal process, so I can just think about the play and not have to deal with all this drama.”

“What drama? This is just me.”

“I don’t get it, you didn’t even care about the play.”

“But here’s the thing, I did,” Adam says. “I always did. I do. It feels amazing to finally care about something, it feels amazing and scary and I’ll always regret it if I don’t give myself a chance to just do it, all the way.”

And then he leaves, and Beck’s “Blue Moon” plays.

And we wonder, along with Hannah, whether she really knew him at all.