The understated understudy has maintained the network's rating lead—though the competition has tightened. 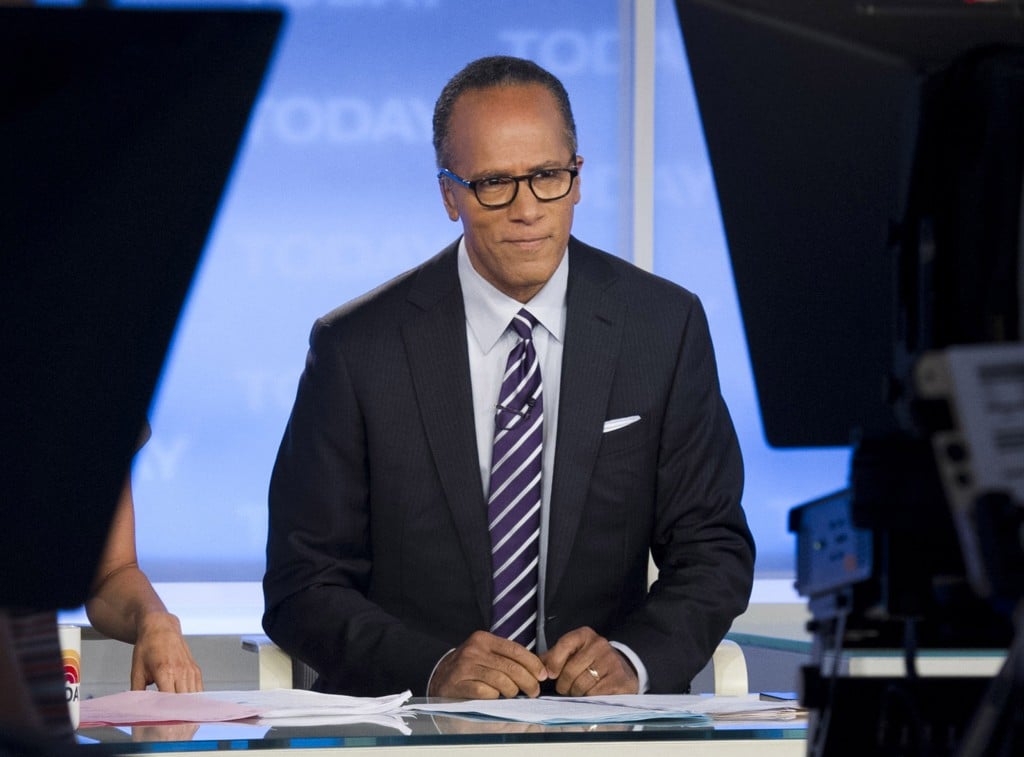 The understated understudy has worked without a break since Williams took himself off the newscast on Feb. 7 and was suspended for six months by NBC News on Feb. 10. The network continues to investigate Williams for misrepresenting his experiences as a journalist.

“Nightly News” with Holt averaged 9.43 million viewers last week, the Nielsen company said. ABC’s “World News Tonight” had 9.03 million viewers and the “CBS evening News” had 7.63 million. The 400,000-viewer advantage over ABC last week is smaller than the average 587,000-viewer edge by NBC for the season that began last September.

Holt, 55, has been with NBC News since 2000 and before that worked as a news anchor in Chicago for 14 years. Besides being Williams’ chief sub for the past two years, he co-anchors “Dateline NBC,” “Weekend Today” and “Nightly News” on the weekends.

He’s been placed in a uniquely awkward position, asked to right the ship for a company desperate to get out of the headlines, not knowing whether it’s a temporary position or one that could become permanent. And if Williams does not return, what can — or should — Holt do to prove he’s the right person for the job?

“It’s tough,” said veteran news executive Rick Kaplan, once Holt’s boss when he was MSNBC president. “He has to be very careful, because until Brian’s future is outlined very clearly, Lester is just doing the network a favour in a way.”

He called Holt a wise choice for the role. Holt has unassailable credentials, works hard and does the job without drawing attention to himself, Kaplan said.

“What NBC needs is quiet competence, and Lester has that in abundance,” Kaplan said. “Lester is someone everybody can be proud of. He is somebody the people of NBC News can be proud of and rally behind, because that’s what they need right now.”

Holt is choosing to keep his head down and do the job, not speaking publicly about his role. He’s an accomplished bass guitar player, but he’s not going on entertainment programs to show his chops or swap stories about the news business. Frequent appearances on talk shows led to trouble for Williams, and NBC knows that it’s no time to display how entertaining their news anchor is.

“I never believed the anchorman should be the know-it-all,” Holt said in a 2003 interview with The Associated Press. “And I try to communicate that to the audience. While I have some knowledge from my years of experience, what I want to do is walk you through this because we’re all walking through this together.”

When the Iraq War started last decade, MSNBC similarly worked Holt hard, often giving him anchor shifts during the day and in the evening, and having him appear on “Today” in the morning.

There’s no indication Holt has lusted after Williams’ job. They’re the same age and, until two weeks ago, Williams was about as secure as you can get in the broadcast business, armed with a long-term contract and atop the ratings.

But there’s also no indication Holt won’t work to take advantage of an opportunity.

NBC will be watching closely to see how the Holt-anchored broadcast holds up in the ratings. “Nightly News” won on four of the five nights last week, losing only on Wednesday, the evening after Williams was suspended and his name was stripped from the broadcast. NBC has won 282 straight weeks in the ratings, Nielsen said.

Holt’s lack of flashiness may be just what NBC needs now, but that’s something that could be a handicap when executives are choosing the person who would essentially be the face of the network news division. Executives often feel they need stars in that role, the Katie Courics, Diane Sawyers or Matt Lauers of the world. David Muir’s recent success replacing Sawyer at “World News Tonight” shows the desire for big names may be overrated.

While people like Russ Mitchell, Carole Simpson and James Brown have filled in, and Max Robinson was a co-anchor at ABC News more than 30 years ago, a black journalist has never been a sole anchor on one of the three network evening newscasts. There will be interest in whether Holt has the chance to be the first.

NBC’s immediate goal is to find Holt a few days off, preferably by this weekend.