Matthew Almusa from Saskatchewan and Roy Rissanen from Ontario are looking for mates on 'Maajussille morsian maailmalla,' or 'Farmer Wants a Wife in the World.' Think 'The Bachelor' for country folk: no roses, but plenty of cattle. 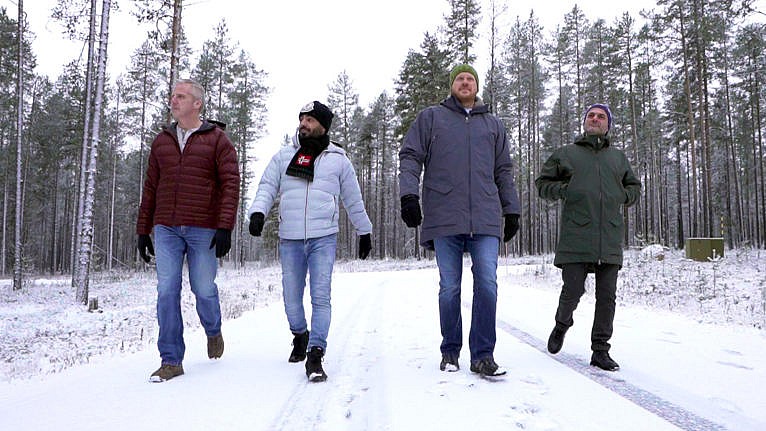 The 4 contestants of the show Maajussille morsian (Courtesy of MTV3)

Taru Erikkson had never been to Canada before she travelled to Margo, Sask. (pop. 90), where she had a much-anticipated one-on-one date with a potential future husband. For entertainment, the pair took a rifle into a field to do target practice, shooting at empty water bottles through a November snowfall. To warm up afterwards, they visited his sauna, where they sat wrapped in towels and ate sausage. There, they talked about life, their hopes for the future and his farm. “He was so genuine and so down-to-earth—the kind of person I want to meet,” Erikkson tells Maclean’s.

She had flown all the way from Finland for this opportunity, but Erikkson wasn’t the only first-time visitor looking for love in this tract of east-central Saskatchewan. Two other Finnish women were waiting at a nearby farm for some face time with the same prairie boy, proving their country-living bona fides in the meantime by helping scrub out bins used to water cattle. 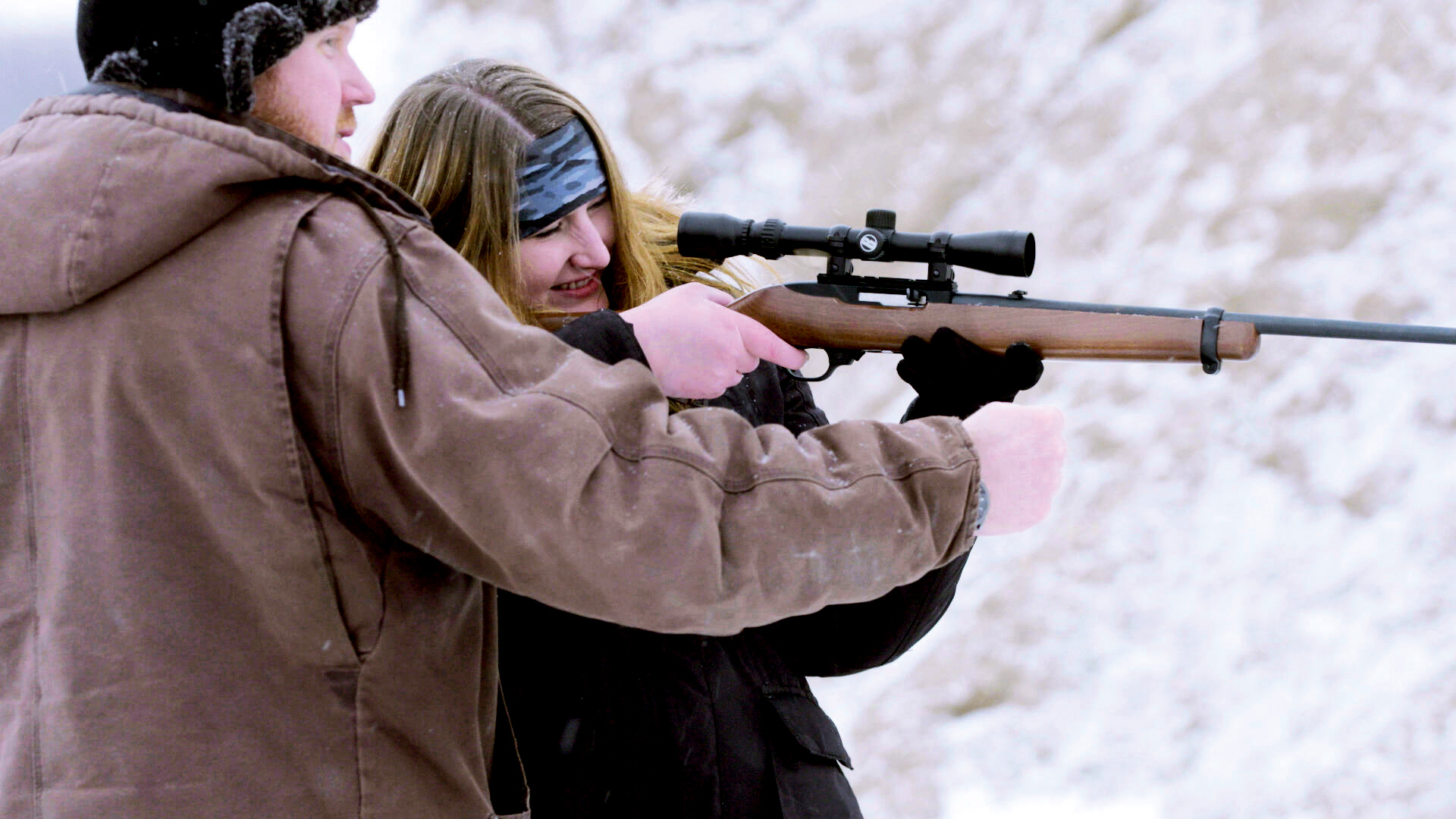 Matthew Almusa on a date in his hometown (Courtesy of MTV3)

All three were competing for the affections of Matthew Almusa, a quiet 40-year-old of Finnish heritage who has recently become one of the most recognizable bachelors in his ancestral country.

Almusa’s path to fame began in April 2019, when Brent Shepherd, a cousin in B.C. who is interested in their family’s genealogy, sent him a message on Facebook. Shepherd had come across some distant relatives in Finland, one of whom had written back with a seemingly random request. Did he know someone of Finnish background living abroad, who happens to be a farmer and—most importantly—single. In short: someone like Almusa, who grew up on a small grain and livestock farm in Margo, and whose grandparents came to North America from Finland in the early 1900s.

Neither cousin understood the request. Maybe it was for a documentary, they thought. But then, why would the person have to be single? Almusa decided to find out, and agreed to take a phone call from overseas. That’s when he learned about the popular Finnish reality television program Maajussille morsian, which translates roughly to “Farmer Wants a Wife.” (Almusa, whose Finnish is limited, needed it translated.)

Think The Bachelor for country folk: no roses, but plenty of cattle. The arc of each season starts with women (and sometimes men, when the farmer is female) writing letters to one of several featured farmers. Each farmer selects those he’d like to meet based on the letters, and they do some speed-dating, whittling down the number of suitors to a select few who are invited to visit the farmer’s home. In the end, the farmer asks one to stay a bit longer, and if it all results in marriage, so much the better.

The show was born 20 years ago in the United Kingdom, spawning versions across four continents, including in Australia, the Netherlands and Quebec. But few iterations have been as successful as Finland’s, which has aired for 14 seasons and counting, and proved fruitful, producing some 10 marriages and 15 babies to date. “Finland is a large country with a small population that’s spread around,” explains Anni Rankka, the show’s producer. “We have a lot of countryside here. So it ended up being very popular.”

So popular that the country recently launched a spinoff that takes the drama beyond its borders: Maajussille morsian maailmalla, or “Farmer Wants a Wife in the World.”

Almusa agreed to be one of four bachelors featured on that program. So did Roy Rissanen, 48, who works in real estate in Halifax but has retirement plans to open up a Finnish-themed bed and breakfast in the countryside near his hometown of Sault Ste. Marie, Ont. He’s not a farmer—never was. But it’s not easy for the show’s producers to find foreign farmers with Finnish connections who are single and willing to take part in a reality dating show. “We went with more of the approach of a ‘love of the countryside,’ ” Rankka explains. 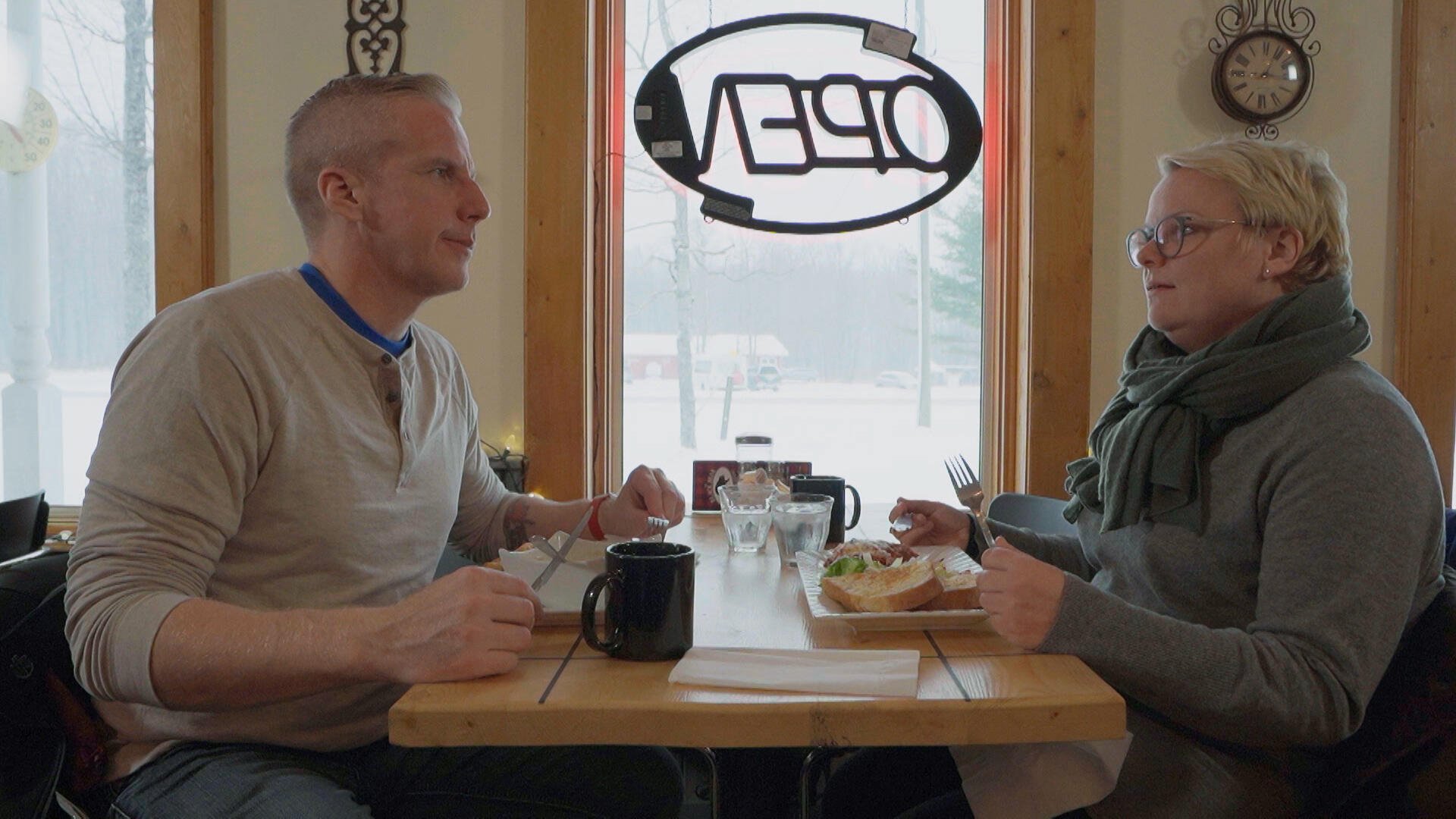 Roy Rissanen on a date in his hometown (Courtesy of MTV3)

Camera crews spent a couple days filming Rissanen in the Soo to broadcast back in Scandinavia, and the show invited Finnish women who were interested to write to him. “It’s almost like an online dating profile that went to network television,” he says. Upwards of 100 letters came in, but Rissanen, like Almusa, isn’t fluent in Finnish: “I made a lot of use out of the Google Translate,” he says. “It wasn’t easy, but we managed to get through them all.”

Almusa and Rissanen each selected seven women, whom they met in the picturesque northern Finland region of Lapland. There, they had about five minutes to chat with every candidate, after which they chose four to stay on for a full day of activities. Those four would get a bit more one-on-one time with the farmer, who would then select three to visit his hometown.

The three women interested in Rissanen arrived in northern Ontario on Nov. 11, 2019—a fitting date, given the bachelor’s background as a member of the Royal Canadian Navy. After taking part in Remembrance Day activities, he took each on a private date in the area—visiting a bison farm with one, for instance—while the other two went about tasks that might help them if they were to stay with Rissanen and join his bed-and-breakfast venture: stocking the sauna with firewood, say, or baking pulla, a traditional Finnish cardamom bread.

Two provinces away in Saskatchewan, Almusa took his dates shooting or bowling, while the others helped with chores on the farm of a close friend. “I don’t really know if they have a good grasp of what farm life would be like,” he later told Maclean’s. “A couple of the girls seemed to be on the wavelength of having summer homes and going off into the wilderness of Finland, which really isn’t the same as the wilderness [around] Margo.” The sheer scale of open country in rural Saskatchewan caught them off-guard, he added. When he said they were going “just down the road,” they were surprised to learn that could mean a 45-minute drive.

“The big climax is the farmer chooses the one woman he’d like to go forward with and usually she’ll stay on the farm at least for the weekend,” says Rankka, the producer. In this case, all of the women went back to Finland at the same time. But they and the men “have each other’s contact information,” Rankka notes.

With the program’s finale set for May, the Canadians were sworn not to divulge their choices, or what had happened since. Long-distance romances would surely have been complicated, as COVID all but shut down international travel. But the two Canadians have remained front-page news in Finland. They did regular interviews with the press, Rissanen was profiled in a magazine and, in its weekly quiz, one newspaper asked what country he’s from. “You know you made it when you’ve become a trivia question,” he says with a laugh.

Meanwhile, neither the pandemic nor the knowledge the men might have chosen potential mates have discouraged Finnish women watching at home, some of whom have taken a liking to the Canadians. “They message you saying, ‘I want to meet you,’ ” Rissanen says. “These messages just keep coming. I joke that I’m gonna let this all go to my head.” Almusa figures he gets a similar message “pretty much every day.”

Taru Erikkson, too, gets recognized on the street in Finland, though she cut her hair in hopes of avoiding too much attention. She tells Maclean’s she initially held on to the letter she wrote Almusa upon seeing his profile, sending it to the TV network only after friends encouraged her. But she went for it, and neither the rigours of farm life nor the distance to Canada could divert her from her search for love. “It doesn’t actually matter where that person is,” she says. “It just has to be the right one.” 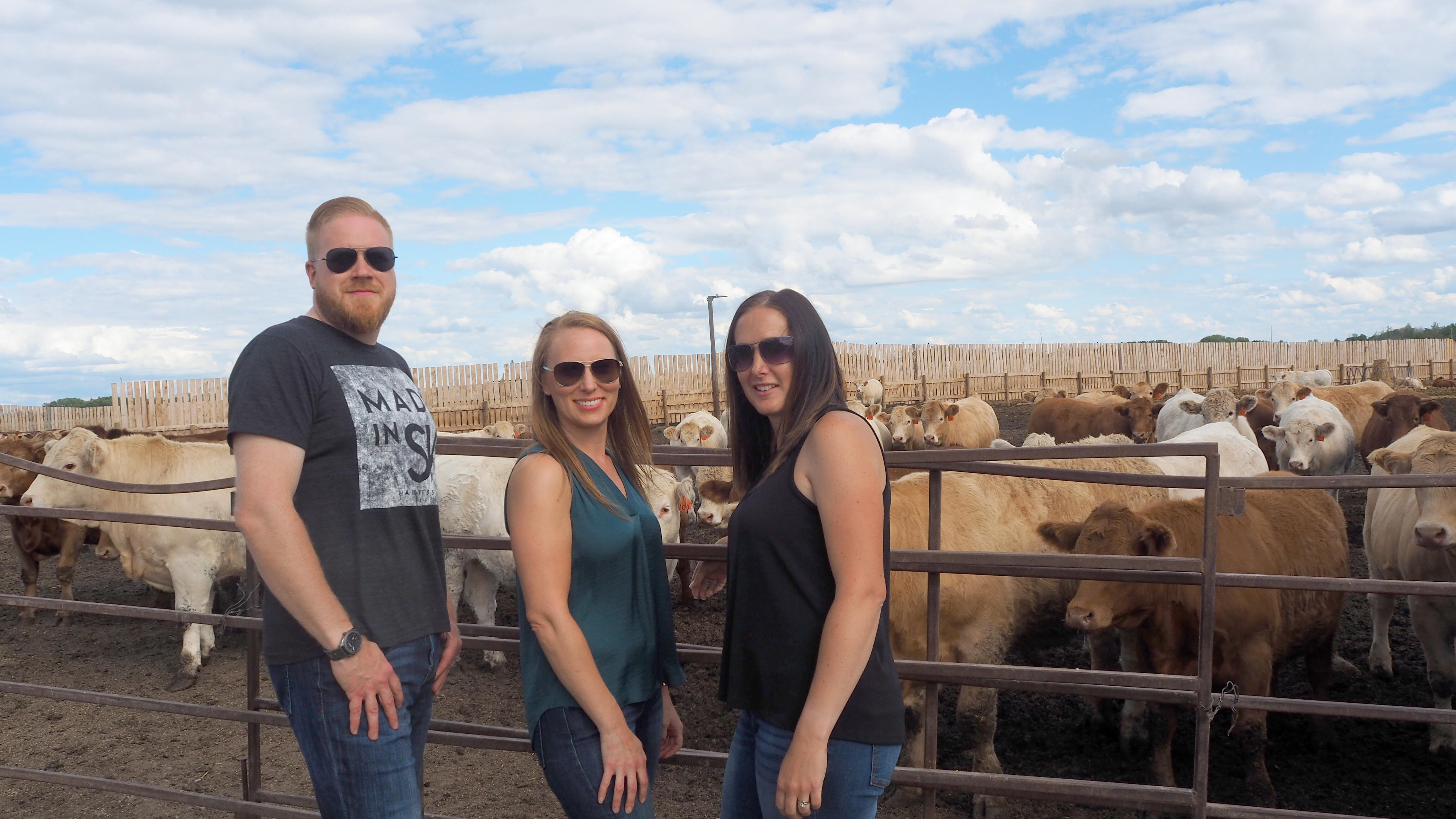 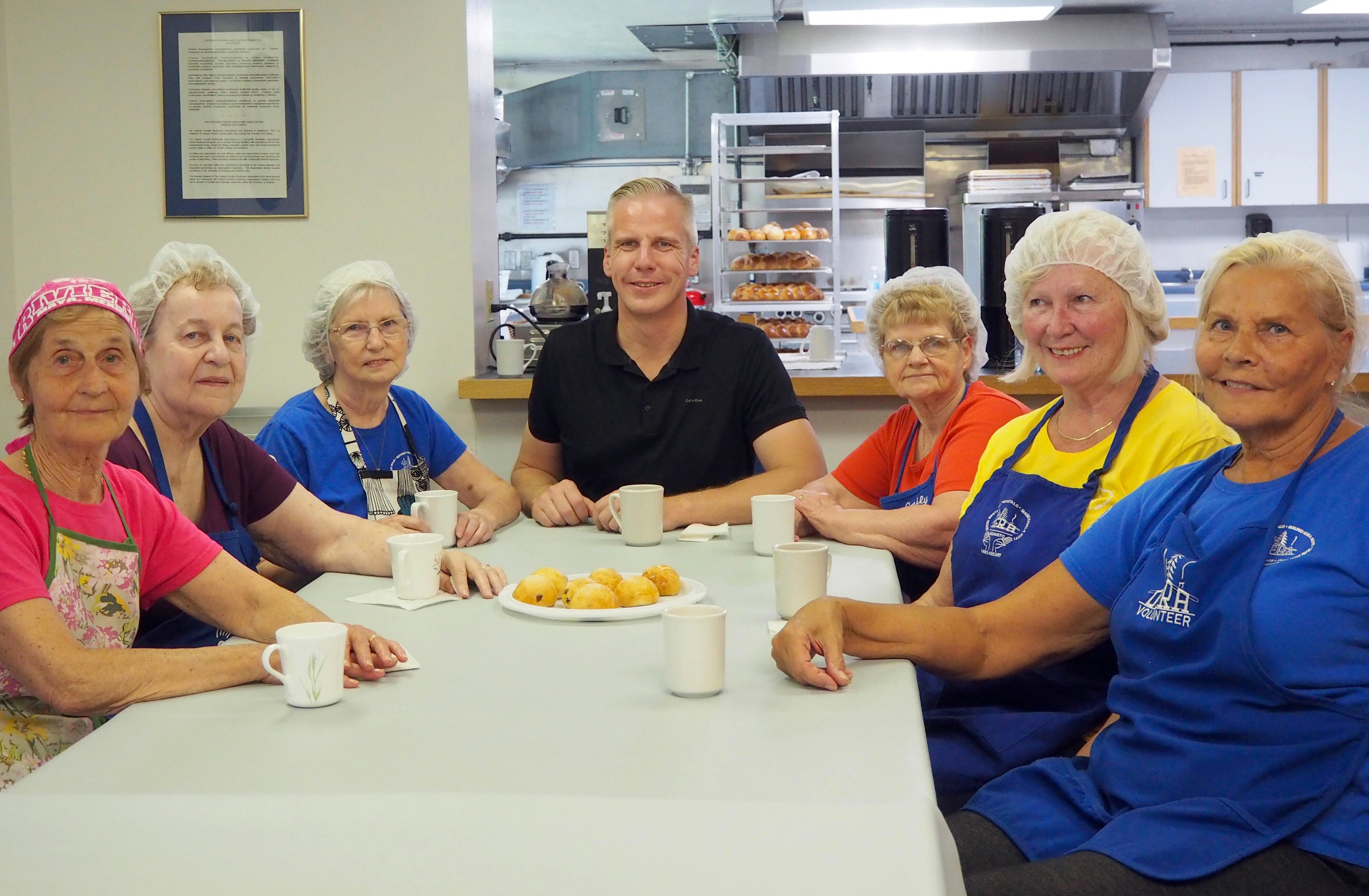 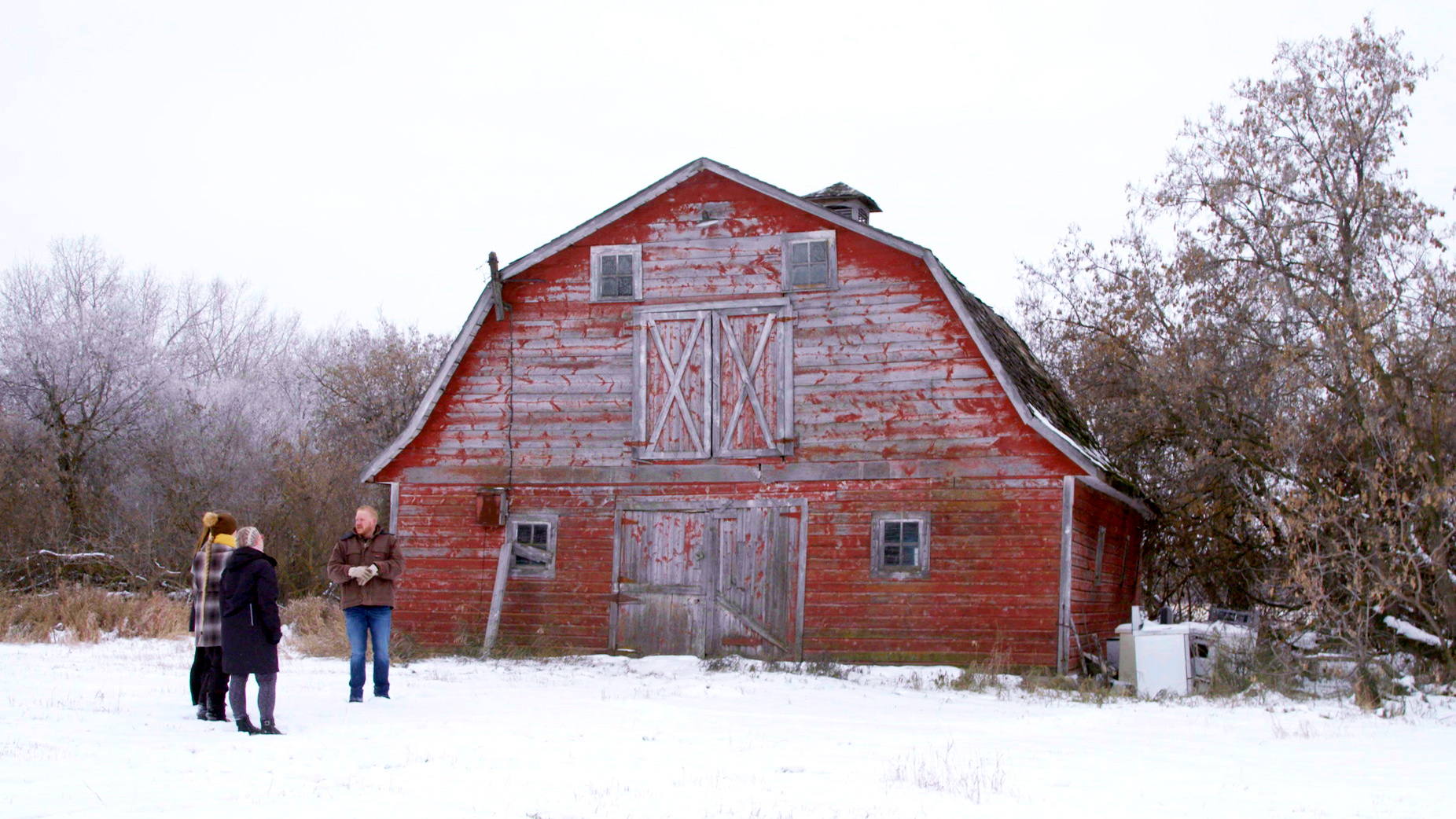 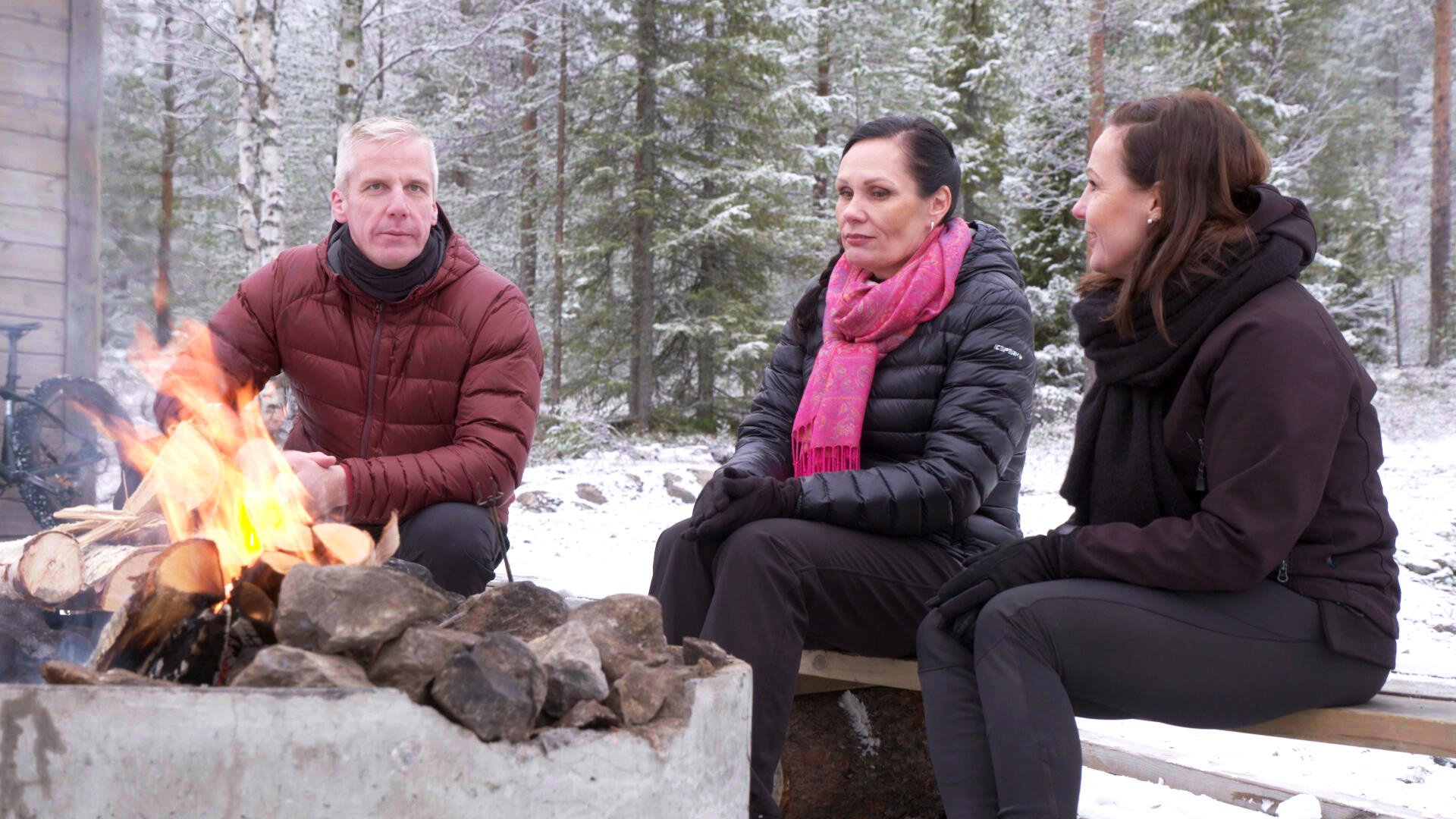 This article appears in print in the June 2021 issue of Maclean’s magazine with the headline, “Come look at my tractor.” Subscribe to the monthly print magazine here.