Is Vice ready for a post-bro CEO? 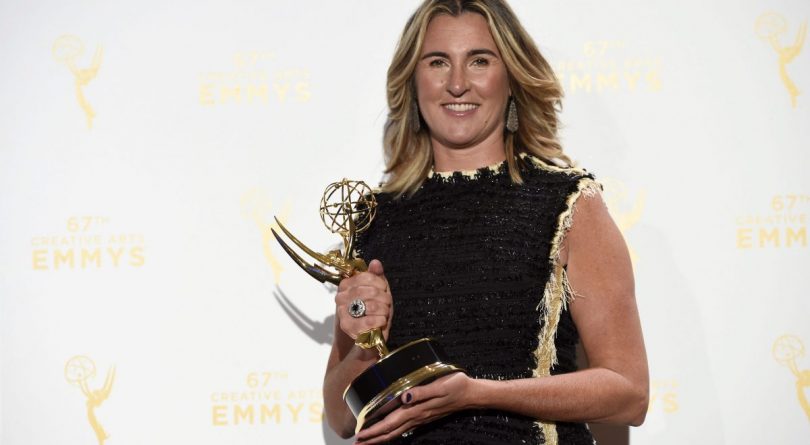 Nancy Dubuc, winner of the Governors award poses in the press room at the Creative Arts Emmy Awards at the Microsoft Theater on Saturday, Sept. 12, 2015, in Los Angeles. (Photo by Chris Pizzello/Invision/AP)

Vice’s newly appointed CEO has everything a druggie, start-up lad rag eyeing a slice of corporate respectability could want. Nancy Dubuc has a solid track record in television broadcast, experience as a CEO at A&E Networks, familiarity with Vice’s inner culture as a member of its board.

And, take note, she is not only a woman. She is also an adult.

Vice Media, struggling with allegations of sexual harassment and an exploitative corporate culture in a post Me Too world, needs the help.  Founded in 1994 in Montreal, the sprawling media empire now has a predicted valuation of almost $6 billion U.S., and 3,000 employees in 30 companies. All of it built on a combination of edgy journalism, custom content, and a brand that bills itself as a representative of anti-establishment millennial culture.

Partially owned by a combination of the Walt Disney Media Corp., A&E Networks, 21st Century Fox, and co-founders Shane Smith and Suroosh Alvi, among others, Vice now seems poised to cement itself into the global media hierarchy, with rumours of asset sales, or a possible IPO in the offing.

Dubuc is leaving her role at A&E to take over Smith’s role as CEO of Vice Media. Smith will stay on as Executive Chair where, he said, he could “concentrate on the only things that I am good at — content and deals.”

By putting Dubuc in as CEO, Vice is signalling several things, according to analysts; firstly, that the company wants to be seen to be addressing its harassment issues, that it wants to professionalize and expand its operations, and lastly that it remains committed to video content.

While Vice’s values are riding high, the company’s future is still very much in question. It reportedly missed its 2017 revenue targets; gambles on video have yet to fully pay off in the U.S., and its cable channel, Viceland, faced criticism it has not attracted as many young viewers as expected. Earlier this year in Canada, a $100 million joint venture between Vice and Rogers (which owns this magazine) was terminated after several years.

Then Harvey Weinstein and the Me Too movement came sweeping through media, raising questions about Vice’s notorious corporate bro culture amid allegations of sexual harassment and abuse. The picture painted by women who worked there was something akin to a swearier version of Mad Men, but with worse fashion and more hard drugs. This is, perhaps, not surprising considering the company was founded by three men now in their late 40s, delivering content branded around a magazine that is older than many of the millennials it now serves.

An extensive investigation by the New York Times revealed that the company had settled four court settlements involving sexual harassment and defamation. Dozens of other women came forward to the Times alleging sexual misconduct. One, for example, claimed that she was pressured into a sexual relationship, and then fired when she refused, according to the Times.

Two senior executives at Vice have since been suspended pending an investigation.

In Canada, an investigation by the National Post last year said that a former Vice editor allegedly used his position to recruit staff into becoming international drug mules. It would not be unreasonable, then, for a potential investor to wonder whether the druggie-mag-that-could still needs to encourage serious reforms in its professionalism, management, and governance before it’s ready to own its new role in the corporate media hegemony.

While there is no doubt that Vice maintains a committed base of fans, some analysts are skeptical the company can make the leap into corporate respectability. Not least of which because Vice’s creative culture seems to be deeply at odds with a sexually restrained post-Me Too movement.

If they don’t clean up their internal culture, they won’t be able to be regarded as a mainstream media outlet, adds Sarah Kaplan, Professor of Strategic Management, Rotman School in Toronto. And that would make it hard to attract and maintain talent, readership and clients. Yet their toxic internal culture is baked in to what makes them “edgy” and cool.

What’s unclear is whether they can have that cake and eat it too. “What’s mainstream in our culture turns out to be patriarchy,” she says. “Our culture is a culture that is designed to give advantages to white straight men and put headwinds on everyone else. You can play the anti-establishment game but from that standpoint, they’re as mainstream as you get.”

READ: 20 jobs that have the biggest gender wage gaps in Canada

“If all they do is appoint a female CEO and don’t look at a radical redesign of culture, processes and procedures and all of that, then you could think of this as pinkwashing.”

The problem is particularly tricky for a brand like Vice’s, which was built on perceptions of rebellion, sexual exploitation, and a pornified aesthetic. These creative decisions were more than just artistic.

One of Vice’s earliest on-camera talents was U.K. journalist Billie J.D. Porter. In public posts on Instagram and Medium, she detailed a long history of abusive allegations. She wrote that when she was 16-years-old, her boss offered her alcohol and drugs and then asked her to perform sex acts on him.

“When I had my first company business cards printed, they included the title ‘Lolita Life Ruiner’ — a nickname I’d been given at age sixteen by the magazine’s then editor,” she wrote.

“What I’m saying is, the salacious tales of drug use and group sex at a company whose personal brand was based on that lifestyle, isn’t exactly an exposé. The more sickening matter is how badly they’ve chosen to deal with their past in the current climate.”

Jill Abramson, former executive editor of the New York Times, is working on a book about the evolution of digital media, including Vice, expected to be published late this year, notes Vice’s enviable success. However: “We shouldn’t shy away that baked in the success of their model was this male towel-snapping culture that was a literal hostile workplace for a lot of the young women who went to work there, many of whom I interviewed,” she said.

That past is haunting Vice’s future growth, she adds. “It doesn’t look like an auspicious moment for Vice to go public right now. They have an enormous valuation, they would be a very expensive acquisition for anyone if it is sold, and an IPO doesn’t look that realistic for this year and Vice’s leaders have said as much.”

Vice has many of the same problems that plague growing start-ups. Like Uber, for example, it’s common for ambitious start-ups to suffer from toxic management cultures that have to be rectified when the companies establish themselves.

The brand also risks its audience after allegations of sexual harassment, she notes.

“A toxic culture like that might produce a niche product, but it can’t produce a product that’s going to produce (content) to a large part of the population consistently over time.”

“(Vice) seems to be at a tipping point,” Leblanc says. “It’s at the point where it needs to rapidly professionalize and address its internal cultural concerns and governance oversight. That would enhance its attractiveness as a partner, or to a potential investor as part of a larger entity, or as an IPO. That’s the missing thing that I see, it’s the professionalism. If it doesn’t professionalize, it will be held back.”