James Lipton on pimping in Paris and his best interview ever 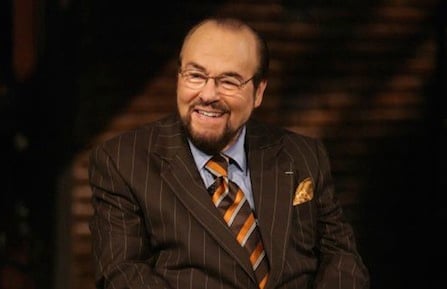 James Lipton, the host of Inside the Actors Studio, has detailed aspects of his life in Paris working as a pimp after World War II.

The 86-year-old professor, who has interviewed more than 250 distinguished actors and directors on his 19-year-old Emmy Award-winning show, first revealed that he was involved with prostitution in France during an interview with comedian Dave Chappelle in 2008. However, ahead of Inside the Actors Studio’s 250th episode–which airs May 29 on Bravo–Lipton has revealed new specifics in an interview with Parade.

“It was only a few years after the war. Paris was different then, still poor,” explained Lipton. “Men couldn’t get jobs and, in the male chauvinist Paris of that time, the women couldn’t get work at all. It was perfectly respectable for them to go into le milieu.”

His involvement began after befriending a prostitute: “We became great friends. When I ran out of money, I said, ‘I have to go home.’ She said, ‘No, you don’t. I’ll arrange for you.’ So she arranged for me to do it. I had to be okayed by the underworld; otherwise they would’ve found me floating in the Seine.”

Lipton primarily represented her, but also ” a whole bordello” of others.  “I did a roaring business, and I was able to live for a year. The French mecs didn’t exploit women. They represented them, like agents. And they took a cut. That’s how I lived. I was going through my rites of passage, no question about it. It was a great year of my life.”

Today, however, the host doesn’t believe it’s right to pay for sex. “I think if you can’t earn it on your own, then you don’t deserve it,” he said.

Lipton’s favourite guest? “What I’ve waited for is that one of my graduated students has achieved so much that he walks out and sits down on that chair next to me,” he said. “It happened when Bradley Cooper walked out on that stage. We looked at each other and burst into tears. It was one of the greatest nights of my life.”

The 250th episode of the show, which has been on air since 1994–and his been affectionately parodied by the likes of Will Ferrell on Saturday Night Live–will feature interviews with Conan O’Brien, Barbara Walters, Christopher Walken, Ellyn Burstyn, Sugar Ray Leonard, Jennifer Lopez, Dave Chappelle, Jay Leno, Spike Lee, Katie Couric, Bradley Cooper and Robert De Niro inside their workplaces or homes. This will be a departure from the show’s usual format of guests being seated beside Lipton in front of a live audience.

Here’s a clip of Bradley Cooper’s emotional appearance in 2011 on Inside the Actors Studio: