Kimmy Schmidt and the end of conventional sitcoms

The high-concept sitcom is back, and the crazier the premise, the better 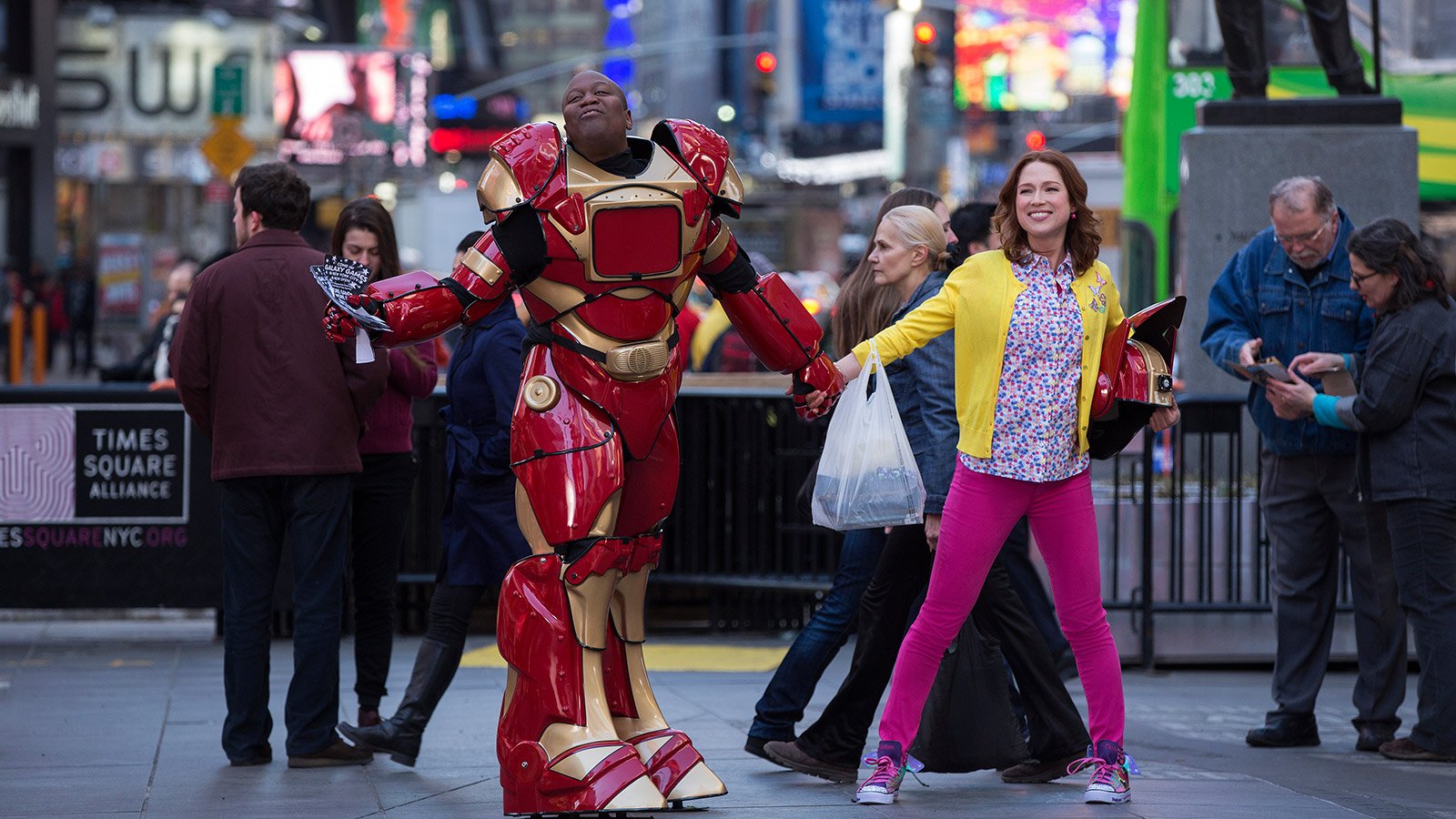 Jaime Weinman discussed ‘Unbreakable Kimmy Schmidt on an episode of Maclean’s pop-culture podcast, The Thrill. Subscribe free on iTunes, or Stitcher, or Beyondpod:

Remember when sitcoms had simple, relatable premises? That was a year ago, a long time in TV. Now the in thing is to have a premise that is as weird as possible. Two of the few recent successes in a dismal comedy season are Fox’s The Last Man On Earth, starring Will Forte as a guy trying to have some fun after an apocalypse wipes out nearly all humans, and Netflix’s Unbreakable Kimmy Schmidt, whose title character is unaccustomed to modern-day New York after being in an underground bunker for 15 years, with a doomsday cult. The high-concept sitcom is back, and it may be back to stay.

Most of the great sitcoms in North America and the U.K. have had simple ideas, like Seinfeld, the “show about nothing,” or Friends, the show about friends hanging out. Vince Waldron, author of such books as Classic Sitcoms, says that “the genre’s predictability is one of its greatest virtues, so it only follows that the most successful sitcoms centre on ordinary people in recognizable settings.” But many attempts to create this kind of sitcom have bombed, like Mulaney, Fox’s attempt at a contemporary Seinfeld. NBC Entertainment president Jennifer Salke told Advertising Age that the network is trying to get away from “sweeter, more emotional comedies” and trying “bigger, attention-getting ideas.” One of NBC’s sitcom pilots stars Community’s Danny Pudi as a supernatural investigator, while CBS is developing comedies about a superhero and a guardian angel.

In an era in which there’s a massive amount of TV available and a limited amount of promotion for each one, a strange idea may be what a sitcom needs to be noticed. The creators of Kimmy Schmidt, Tina Fey and Robert Carlock, previously did 30 Rock, which started with a very down-to-earth premise and got increasingly surreal as it went on. Kimmy Schmidt starts out crazy and gets crazier, eventually featuring a storyline about a singing robot. In Man Seeking Woman, a new comedy starring Canadian actor Jay Baruchel, the hero faces relationship problems involving a literal trip to hell and a date with a troll.

If sitcoms keep getting weirder, it won’t be the first time. The 1960s are notorious for bizarre sitcoms: a man with a talking horse who gives him relationship advice (Mr. Ed), or a farce set in a German POW camp (Hogan’s Heroes). Networks went this way with comedy because the era was politically and culturally divided; Thom Holbrook, creator of the TV Crossovers and Spinoffs website, says these shows were “an escape from those realities for all the various societal groups,” while at the same time “finding safe ways to examine what was going on.” Today, with the audience even more fragmented than it was then, this strategy may be coming back: Last Man On Earth and Man Seeking Woman look at issues of gender relations and modern life through the safe remove of fantasy.

But while a big, fantastic premise can get a show more attention, it’s not as easy to sustain as something like Seinfeld or The Office. While Last Man On Earth got admiring reviews, most of them offered the caveat that the show would have to prove it could last. And Unbreakable Kimmy Schmidt, about a woman whose attitude doesn’t fit the modern world, risks ending up like Mork and Mindy or other fish-out-of-water comedies that burned out when the main character stopped being an innocent. “In any other kind of show the alternative would be to adjust the central conflict,” Holbrook explains. “But high-concept is all about having a unique and weird central premise,” and trying to adjust it may “break what makes the show work.”

A high-concept idea can sometimes be a disguise for a more conventional, sustainable show: Even if Kimmy Schmidt starts out as the story of a woman escaping a dark past, it could end up simply as the story of a nice person and her crazy friends. Waldron says sitcoms can last if they “focus on the interplay between the members of their respective families,” because all sitcoms, high- or low-concept, are basically “about fallible people trying to make it through another day with the help of whatever family they can cobble together.” Even if those people are apocalypse survivors, witches, or angels.