A recap of the fifth episode of Mad Men’s season 7B and analysis of one big moment: A hallucinatory Jack Kerouac shout-out 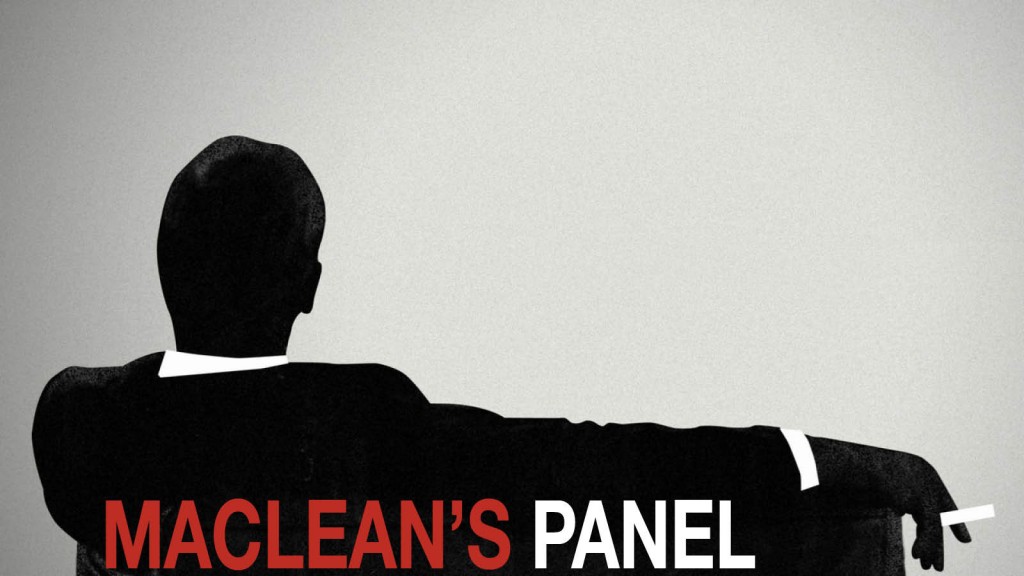 After seven seasons, it ends on May 17: Mad Men, that sartorially splendid, slow-burning show from AMC, will wind down its clock. What will become of the lusty, booze-swilling ad man, Don Draper? Every week, Adrian Lee, Colin Horgan and Sonya Bell quickly recap what stood out most from each of the final episodes and, in true Mad Men fan form, find one detail to obsess over, analyzing its many prisms, as the episode’s Mad Moment. Colin won’t be joining us this week, but be forewarned: There are spoilers ahead, for those who have not seen the latest episode. You can read last week’s panel here.

ADRIAN LEE: Well, Sonya, it’s just you and me on the panel today, and perhaps that’s appropriate, because this episode felt pretty lonely. It starts with the partners trying to get comfortable at McCann-Erickson, the big firm that swallowed up Sterling Cooper & Partners in the last episode. Only one, Pete, seems to be getting on okay: Joan’s been marginalized, Roger’s left to waste his time, Don goes from captain of industry to mere deck crew in a meeting with Miller Beer packed with McCann Erickson’s many creative directors, and Peggy is literally left out, having been assumed to be a secretary and without an office until they amend the error. On the plus side, Peggy being left behind means that she got to share a boozy tete-a-tete with an organ-playing Roger in the abandoned SC&P offices, a chat that transforms her into a badass when she does get her McCann-Erickson office.

On Joan: It would appear that her story has met a terrible end. After working for years to get where she is, and giving up so much—including, let’s not forget, her dignity in having to sleep with someone to get the Jaguar account—she arrives at McCann-Erickson as a persona non grata who happens to have some desirable accounts. Man after boorish man either dismiss her because she’s a woman (“What man would want to tell his wife he’s working for a woman?”) or hit on her in sleazy ways. When she takes her complaint to the top, McCann-Erickson boss Jim Hobart offers her a half-price buyout package and she threatens him with a lawsuit. She refuses, rightly. But then Roger tells her it’s the right thing to do—and she takes her Rolodex and takes the deal. Ugh. Sonya, what was your read on Joan’s storyline?

SONYA BELL: I’m actually kind of happy for Joan! It was a twist, but I wouldn’t call it a terrible end. McCann-Erickson looks like an awful place to work, for men and especially for women. Dawn, one of the firm’s few African American female employees, refused the job offer altogether: “Advertising’s not a comfortable place for everyone.”

As an office manager, Joan’s star rose by making things as easy as possible for the men in charge. At McCann-Erickson, she didn’t adapt or ignore in order to smooth things over. She spoke up, rather articulately. I like the character growth this shows. As you noted, Adrian, she did previously get stuck in a corner and give into the pressure to sleep with a man for the sake of her career. I’m confident Joan will be fine. I only hope this isn’t the last we see of her; I’d like to know what she does with that quarter-million.

ADRIAN: On a different note: is Matthew Weiner just toying with us at this point? I don’t know how much to trust the tantalizing suggestions he gave all episode about Don’s ultimate fate. The show begins with Don in his new office, and he’s drawn to the window, where he notices a plane is off—wind is whistling. He leans against it. Could this be the moment he jumps?! Will we have any answers about the opening credits’ falling man?! We never get more. And then there’s the fact that when Don checks out of the Miller meeting, he stares at a jet plane, free and flying in the air. Those symbols are all too simple, and in that way it’s almost mawkish, considering this is a show that’s often intentionally subtle to the point of opaqueness. It makes me think, as you suggested last week, that Don might actually be due a surprising, happy ending.

The fact that Joan’s quixotic and ultimately tragic quest is the most interesting storyline is worrying, too. This show needs to start focusing on Don more as we are in our final two hours of the series—and the next episode seems to feature Pete heavily, a character who’s been relegated mostly to jester status by the last few seasons. As part of their vermouth-fuelled hangout—the best scenes of the episode—Roger tells Peggy about a moment in the war where, despite the beating heat, he didn’t want to join his Navy crewmates in taking a two-storey plunge into the cool water below. “I did it,” he said. “I just needed a push.” It feels like to me that show is starting to need one, too.

SONYA: Matthew Weiner’s totally using those windows to toy with us, I agree. Did you notice the emphasis on everyone’s floor number? Don is up on 19. What seems clear about Don’s end is that it won’t be at McCann-Erickson. But I’m not at all worried about there not being enough time to wrap up his storyline … and in fact I hope the final two episodes don’t revolve around him.

I personally watch the show for Peggy, and she dazzled in this episode. Not just as a rollerskater. I think she might be the only person who makes her mark on the new firm — that slow-mo entrance into the office, with a cigarette dangling from her mouth, her sunglasses on, picture of an octopus pleasuring a woman in hand — was the best sequence of the season so far. Peggy no longer cares about making men feel comfortable. This could spell a Joan-style ending, but I don’t think so. Mad Men has always treated these women very differently.

ADRIAN: I really hope so, but I can’t help but fear that Peggy’s bad-ass entry to McCann is doomed to be a pyrrhic victory. After all, we’ve seen just how thick the glass ceiling is there. 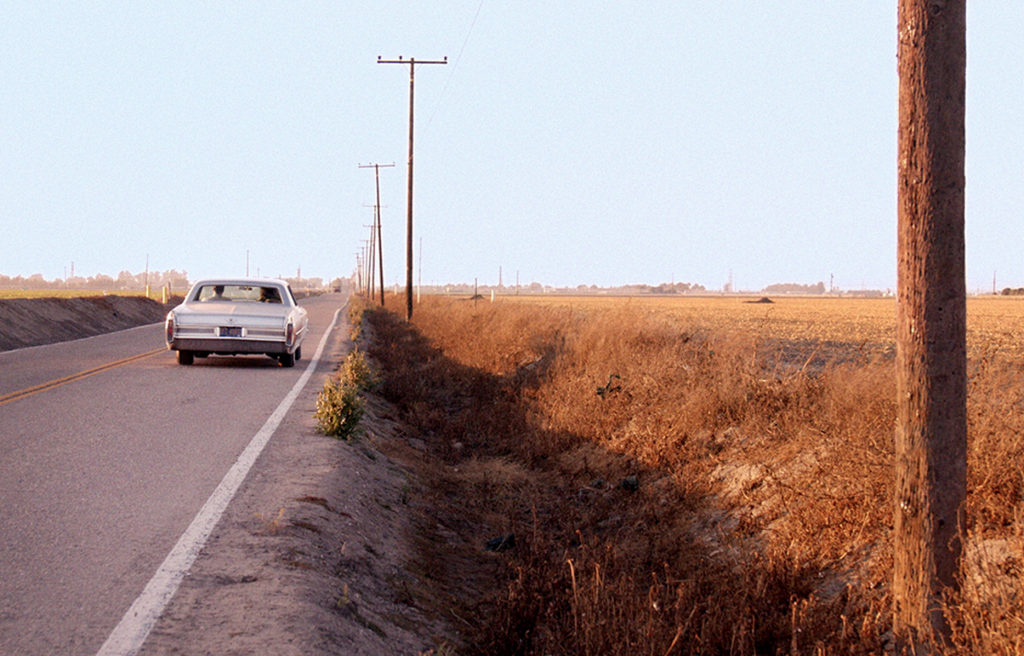 Every week in this segment, our Mad Men experts find one particularly fascinating detail to analyze deeply, reading into it for its clues and its contexts. This week’s Mad Moment: Another hallucination of Bert Cooper as Don drives over to Wisconsin to hunt down Diana. Don asks the ghost of Bert: “Have you read On the Road?“

ADRIAN: Escaping to a new identity has been the message of Don’s portions of the episodes of this half-season, as we’ve written in almost every one of these Mad Men panels. In that way, this moment isn’t particularly illuminating. But there’s plenty to show just how seriously Weiner wants to drive this thought home here, in this scene: When Bert is conjured up by Don’s addled mind, during his drive to Wisconsin to find Diana, it’s in much the same way that he does just after Bert dies at the end of the seventh season’s first half—to tell Don that the best things in life are free, in both senses of the word (“without cost,” and “liberated”). Don tells Bert he’d like to “ride the rails.” Is a rebirth on the way? And is it in the direction of St. Paul, Minn., where he’s taking a hitchhiker? (Of course, the dead Bert is technically free, too. Maybe that happy ending isn’t where we thought it’d be after all.)

But what’s interesting to me about this moment is that at last, we have our first real literary allusion since Don reading Dante on the beach, and there’s a throughline between Inferno and the last major literary allusion, Frank O’Hara’s Meditations on an Emergency in season two: the idea of an identity in high crisis. O’Hara’s stream-of-consciousness Meditations buzzes with a deep lack of sense of self and a desire to move past heartbreak (“Each time my heart is broken it makes me feel more adventurous … but one of these days there’ll be nothing left with which to venture forth”); Dante’s Inferno is a man questing through punished souls to achieve divine understanding and pure love; On the Road is about a disheartened soul who undergoes birth and rebirths with drunk, druggy adventures after meeting a wildchild kind of alterego. These are stages of growth that track pretty closely Don’s realization that he’s about ready to be someone else; hell, in this episode, he slips into many costumes, from Bill Phillips to a collecting agent (to try to ascertain Diana’s whereabouts from her ex-husband) to “Don Draper, from McCann-Erickson,” as he says with a plastic grin to a thrilled Jim Hobart at the beginning of the episode. It’s hard to say which of those characters was the most fake.

And when Don is driving to St. Paul from the heartland with that hitchhiker at episode’s end, it’s David Bowie’s Space Oddity that shambles its way over the end credits. And that takes on a literary quality of its own: it’s a sombre song about an astronaut loosing the mortal coils, floating fatally into space. Be careful on those rails, Don.

SONYA: Adrian, you said earlier that this was a lonely episode, and I think that hits home with On the Road. The book is about two friends on a grand adventure, and Don is driving alone. The closest he gets to a partner in crime is a hallucination, and a hitchhiker.

But On the Road wasn’t the only literary reference that struck me this episode: Don arrives at Betty’s home and finds her reading Freud’s Dora: An Analysis of a Case of Hysteria. (With a cigarette — this show really threatens to make smoking cool again.) The contrast between Freud and Kerouac is striking and I’m not quite sure what these choices mean for the characters. I’d like to think Betty is building a fulfilling future for herself by going back to school, but the fact that she’s focused on Freud and hysteria is a little worrying. Similarly, Kerouac could signal that Don is about to discover a new life, but his recreation of the book leaves much to be desired, so he could just be deluding himself.

Lastly, there was Jim’s Moby Dick reference when he called Don his “white whale.” Many Mad Men characters are striving for things that seem out of reach. Just two more episodes until we find out who else will be destroyed for it!